IN SHORT: Despite leadership wrangles in the Kericho county government, a letter demanding expensive “privileges”, said to be from one of those involved, has been fabricated.

“REQUEST FOR PRIVILEGES,” reads the subject line on what looks like an internal memo from Kericho’s county assembly, circulating on Facebook.

Kericho, one of Kenya’s 47 counties, is about 250 kilometres from the capital city of Nairobi.

The document, addressed to the speaker, is dated 22 November 2022. It says: “I hereby request the following privileges for the office of the Kericho County Assembly Majority Leader.”

The document appears to be signed by member of county assembly (MCA) Paul Chirchir, and states that he is the majority leader of the Kericho county assembly.

The Kericho county assembly has been rife with leadership wrangles as a result of two MCAs, Paul Chirchir and Vincent Tumbamei Korir, both claiming to be the majority leader.

The ruling party has so far backed Korir in the tussle, even as Chirchir claims the support of local politicians.

So, is this really an internal memo by Chirchir requesting lavish privileges? 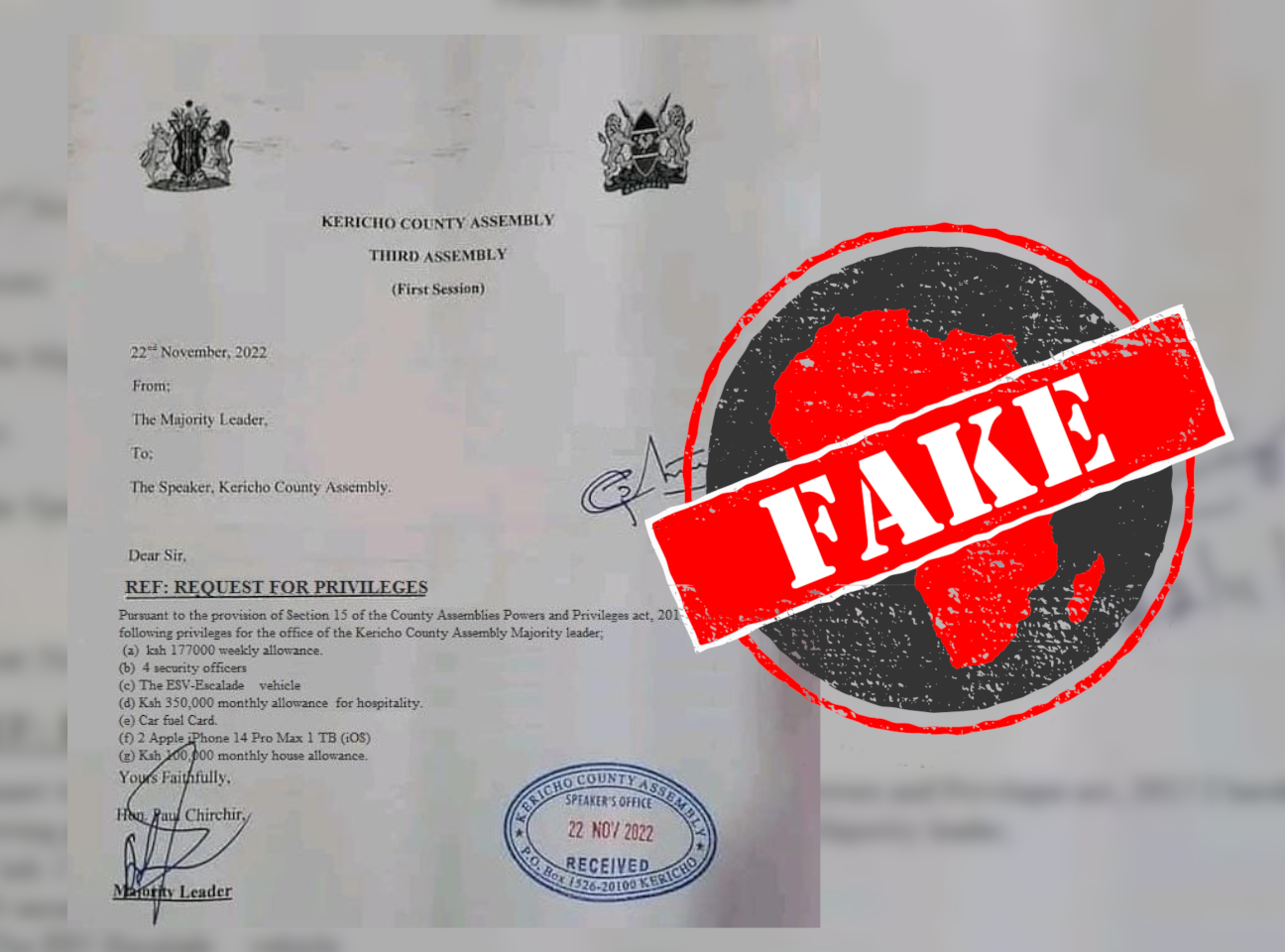 On 25 November, the Kericho county assembly posted the memo on their official Twitter and Facebook pages, stamped “fake” in red.

“Beware of fake, malicious documents on social media and treat them as such. This document does not originate from us,” the post reads.

Kericho, Kenya? No photo shows Kinshasa, capital of the DRC