A graphic with the logo of Kenyan news site Nation, attributing a quote to Kenyan politician Moses Kuria, started circulating on Facebook on 13 May 2022.

“I can't stay in Kenya Kwanza where Mt. Kenya is being given a weak and useless DP position yet actual power to run Gov't is going to a region that will bring less votes than Central,” the quote reads.

Kuria is MP for the Gatundu south constituency.

It appeared just hours after local media outlets revealed that the Kenya Kwanza alliance had agreed to share power should they win in the 9 August elections.

The alliance is led by deputy president William Ruto and brings together several political parties, including the Chama Cha Kazi (CCK) party led by Kuria. It will face off with the Azimio la Umoja One Kenya coalition of political parties headed by Raila Odinga of the Orange Democratic Movement.

When politics is discussed in Kenya, “Mount Kenya” refers to the country’s central region and the voters who live there – specifically the Kikuyu, Meru and Embu communities.

There has been widespread discussion about who Ruto will choose as his running mate – the deputy president position. Analysts believe a candidate from Mount Kenya could help him attract votes there.

By Africa Check’s count, the graphic has been posted on Facebook at least 60 different times. 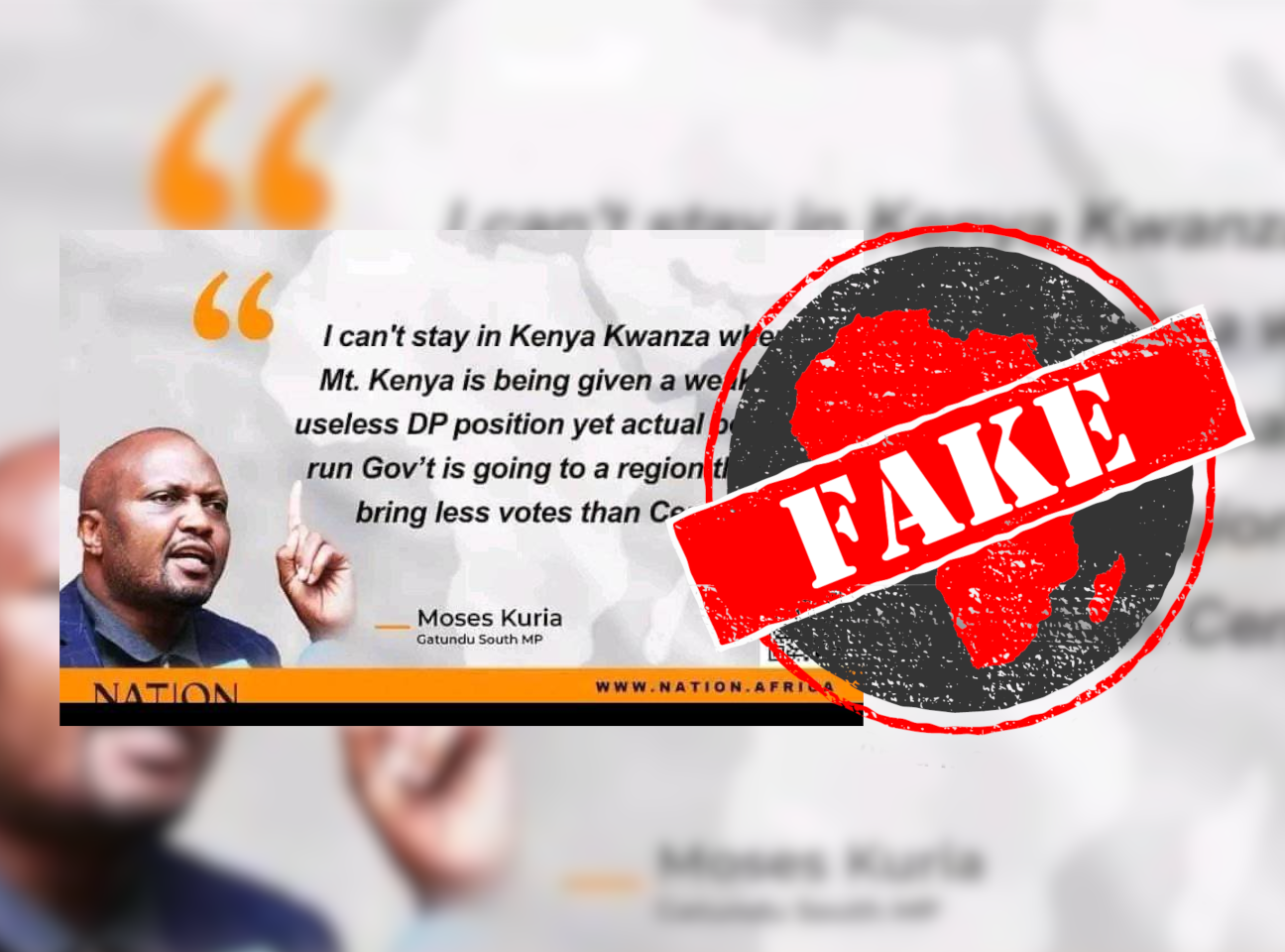 ‘This quote is fake’

“FAKE NEWS ALERT! Please be advised that this quote doing rounds on social media is fake. Do not fall for fake news,” the post reads.