Two photos posted on Facebook in Uganda on 19 November 2020 show scenes of violence. In one, tyres burn on a road with a crowd of people seen in the background. The second shows clouds of smoke rising from a city.

They were posted with the comment: “Let's pray for our country Uganda! We need peace. Jesus, the Prince of Peace, please intervene.”

The day before the photos were posted, protests against the arrest of opposition presidential candidate Robert Kyagulanyi broke out in Uganda.

Kyagulanyi is also a musician, and popularly known as Bobi Wine. He was forcefully arrested on 3 November, moments after successfully registering as a presidential candidate in opposition to Yoweri Museveni, who has ruled the country since 1986. After being held and reportedly tortured for hours, he was released.

Kyagulanyi was arrested again on 18 November, sparking the protests that have left many people dead.

The second photo, of rising smoke, was posted elsewhere on Facebook on 18 and 19 November with similar claims that it showed the protests in Uganda.

But were the photos taken in Uganda? We checked. 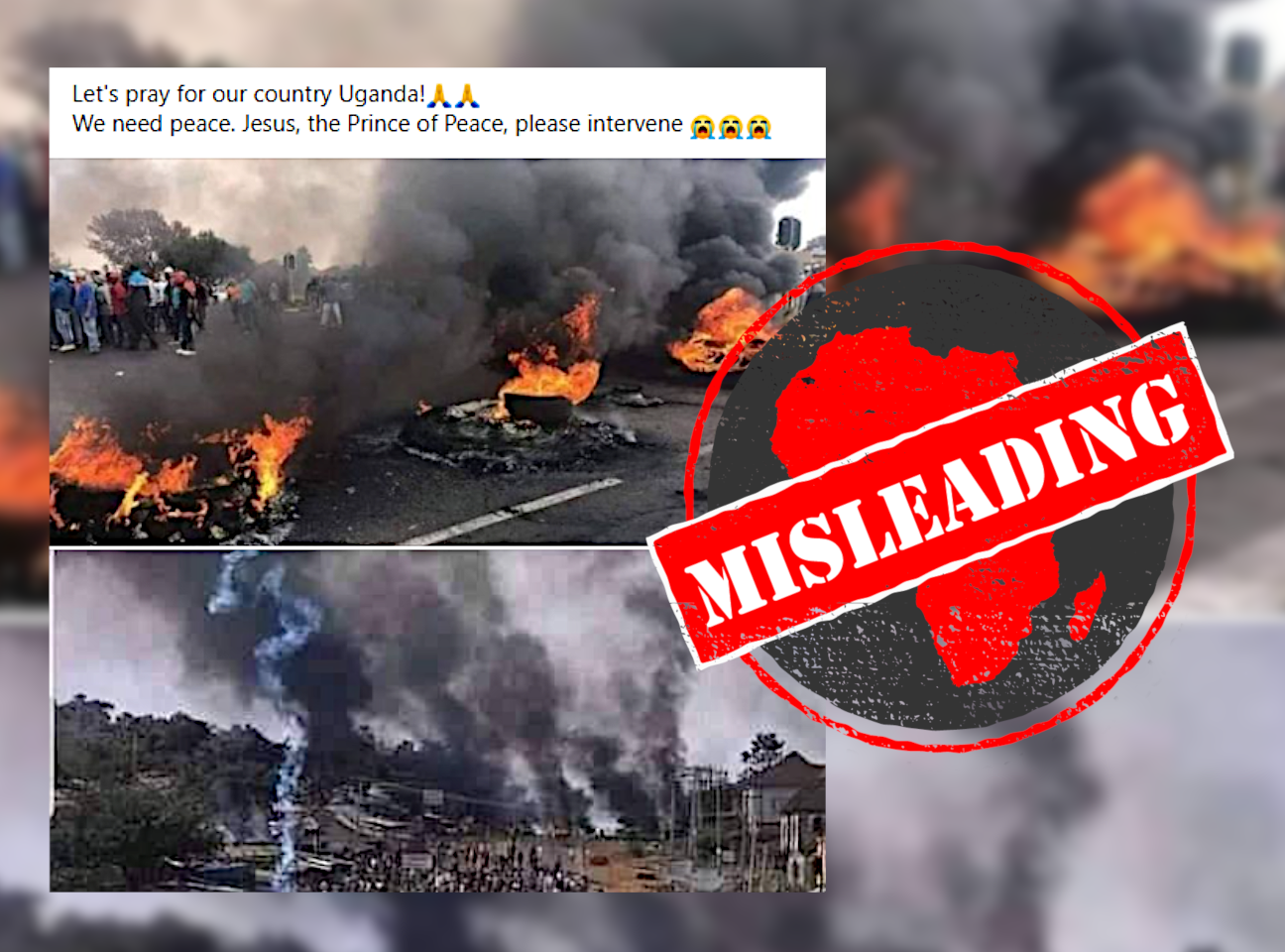 Photos from South Africa and Nigeria

A reverse image search of the first photo – tires burning on a road – reveals that it was taken in South Africa more than three years ago.

It appears in an eNCA article published on 8 August 2017. The photo itself is dated 9 May 2017, and captioned: “Burning tyres blockade roads at an intersection in Ennerdale as residents protest over the lack of development in the area.” Ennerdale is a town in South Africa’s Gauteng province.

The second photo was taken in Nigeria in October 2020 during the #EndSARS protests against police brutality.

It has been published in several global media reports on the protests. It shows Nigerian police firing teargas at demonstrators in Abuja on 20 October, while smoke rises over the city. – Dancan Bwire