The headline of an article shared on Facebook suggests “red rooibos tea” will  prevent kidney stones.

The red version of the tea is fermented before drying. Green rooibos tea, which is unfermented, has a milder taste and lighter colour. But can either colour prevent kidney stones? 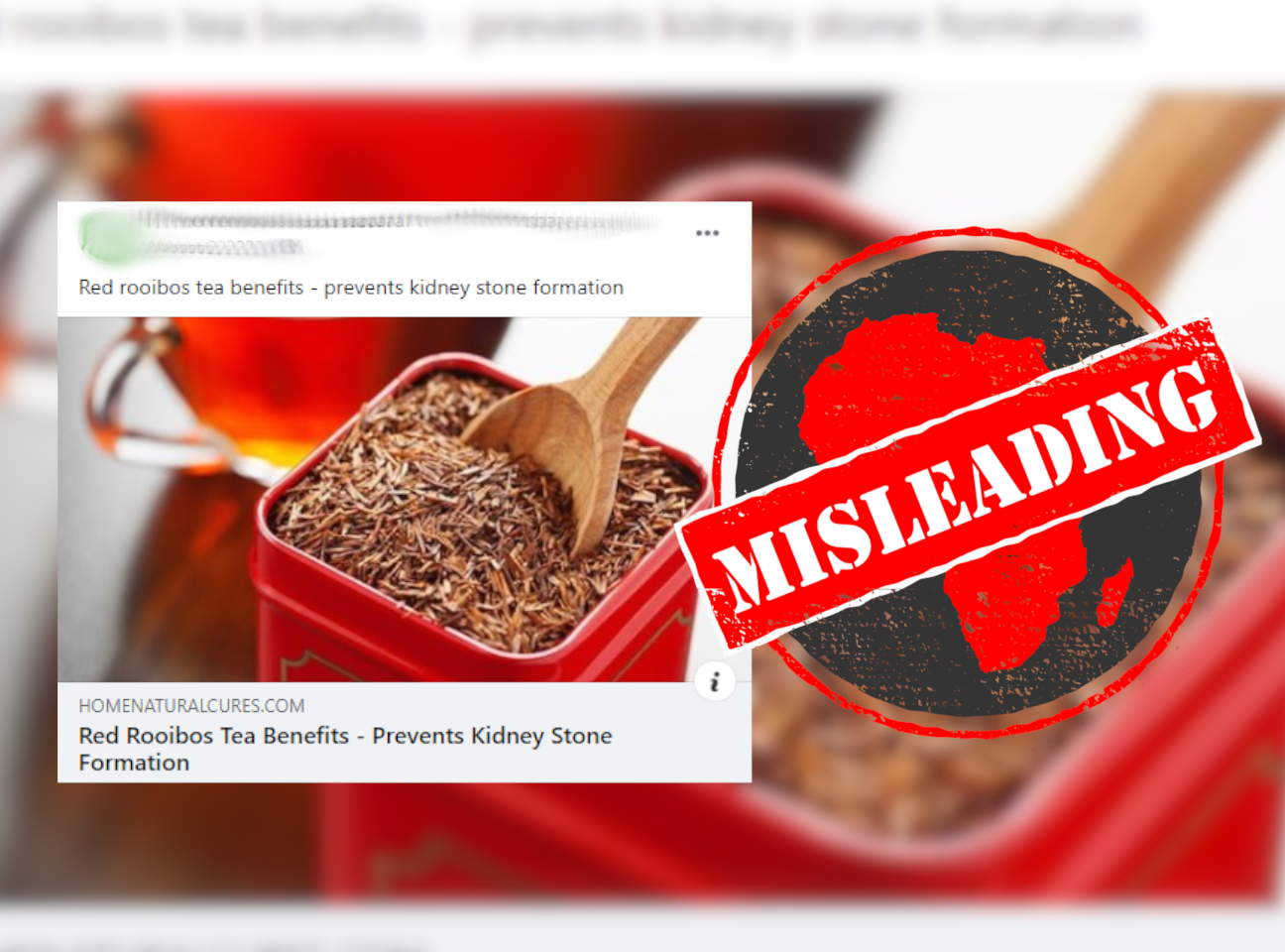 Kidney stones are hard deposits that form inside the kidneys. They form when “urine contains more crystal-forming substances – such as calcium, oxalate and uric acid – than the fluid in your urine can dilute”.

The article shared on Facebook says “people who have kidney stones can drink red rooibos tea as much as they want because it has no oxalic acid”. Oxalic acid, which is found in plants, can attach itself to other minerals and form kidney stones.

“There are studies that suggest that rooibos is one of the best drinks for people with kidney-stone problems but there is no conclusive study that proves drinking rooibos prevents kidney stones,” Prof Antony Meyer, a nephrologist and chairperson of the National Kidney Foundation of South Africa, told Africa Check.

A nephrologist is a doctor who specialises in diseases and conditions that affect the kidneys.

Meyer directed Africa Check to two studies. Preliminary results from a 2016 study of the effects of rooibos and Japanese green tea on kidney stone formation suggested that neither teas reduced the risk factors for kidney stone formation. However, the authors said further studies were needed with larger sample sizes.

A 2021 review of 13 studies concluded that “available literature supports in general a protective role for tea against the stone formation, mainly for green tea”. But it stated that the variability of the data and a lack of standardisation meant that "final and clear conclusions” could not be given to patients.

“After being diagnosed with recurrent kidney stones, diet plays a very important role, but it needs to be adjusted according to the type of kidney stones,” said Meyer.