IN SHORT: After Russian company Uralchem announced that it would be donating fertiliser to African countries, a statement appeared on Facebook in which the company seemingly accused the Kenyan government of selling the free fertiliser in a subsidy programme. But the statement is entirely made up.

A press statement in which Uralchem, one of the world’s largest producers of fertiliser, seemingly accuses the Kenyan government of selling donated fertiliser is going viral on social media.

“We, therefore, with immediate effect recall the sale of our donations, and ask Kenyan farmers to boycott all efforts to sell our donations in the Kenyan market.”

The statement shows Uralchem’s logo. It’s been circulating on Facebook since 23 September 2022.

Kenya’s new president William Ruto, who was sworn in on 13 September, has promised to subsidise fertiliser prices to lower the cost of food production and so, eventually, the cost of food.

The press statement went viral a day after deputy president Rigathi Gachagua flagged off a shipment of subsidised fertiliser headed for various parts of the country.

Local media reported earlier that Uralchem would distribute free fertiliser to Africa as part of its contribution to global food security.

Facebook users who posted the statement claim Ruto’s government is corrupt as it is selling farmers fertiliser that has been donated, and should be free.

But has Uralchem really said the Kenyan government is selling donated fertiliser?

‘Information is false and not correct’ 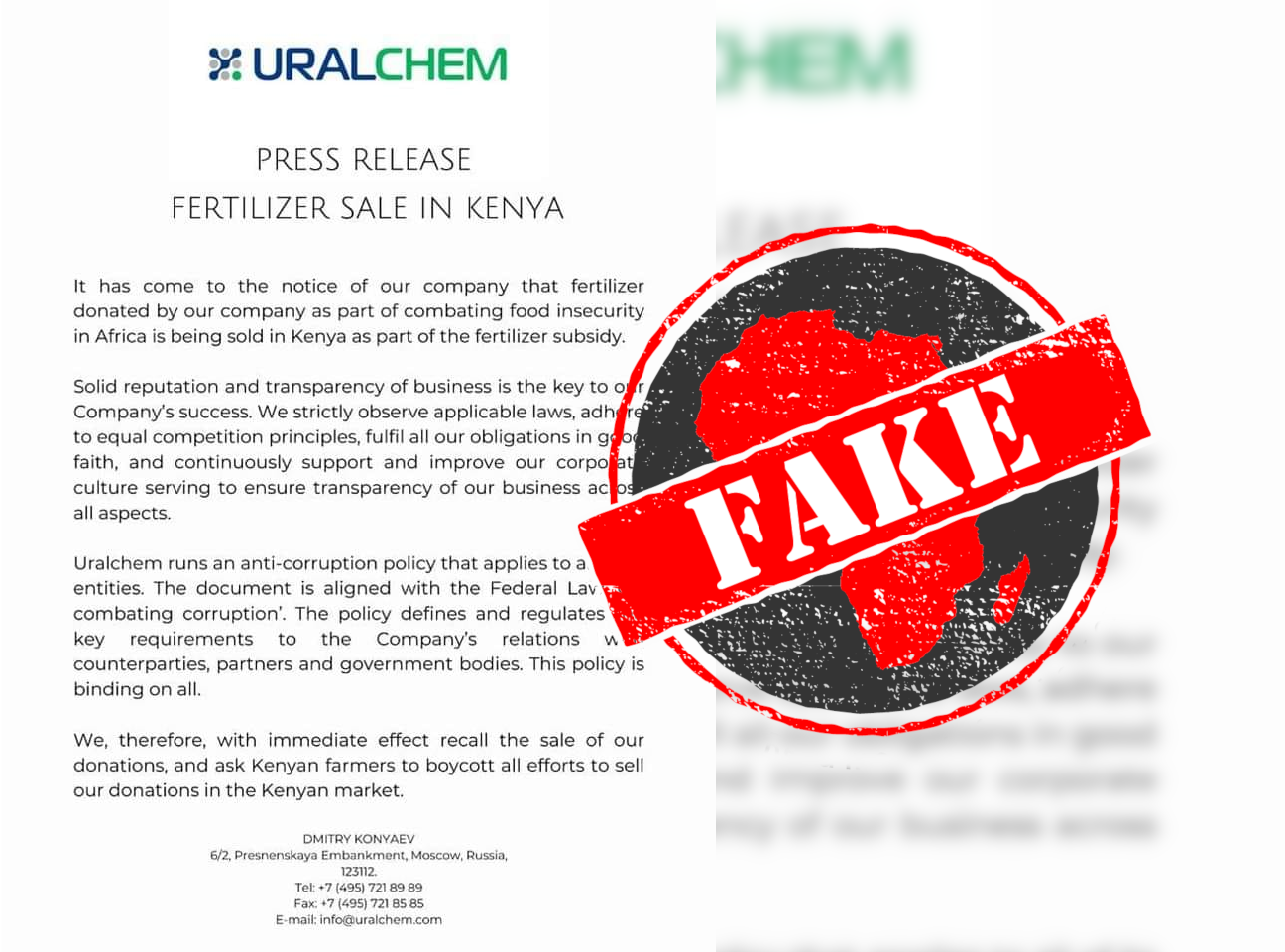 Africa Check contacted Uralchem to ask if the press statement was real.

“Today certain information appeared in several media outlets about the allegedly official position of the company regarding sales in Kenya of a humanitarian shipment of fertilisers produced by the company,” it reads.

“This information is false and not correct. Uralchem has not published any press releases on the matter.”

It adds that the company is set to deliver humanitarian shipments of fertilisers to certain African countries, “but no deliveries to Kenya have been planned to date”.

The Russian embassy in Kenya has also dismissed the statement as fake.