Oscar Sudi, Kenyan MP for the Kapseret constituency, has often been the target of false social media rumours.

Africa Check has debunked many quotes attributed to Sudi. These have been presented in graphics similar to the social media graphics posted by trustworthy Kenyan newspapers and news websites.

A similar graphic started circulating on Facebook in late March 2022.

It quotes Sudi as saying only someone from western Kenya should be considered as a running mate for United Democratic Alliance (UDA) presidential candidate William Ruto in the August 2022 general elections.

“We are going to use the running mate's position to entice Western Kenya from AZIMIO.”

The graphic is branded with the logo of the Kenyans.co.ke news site. 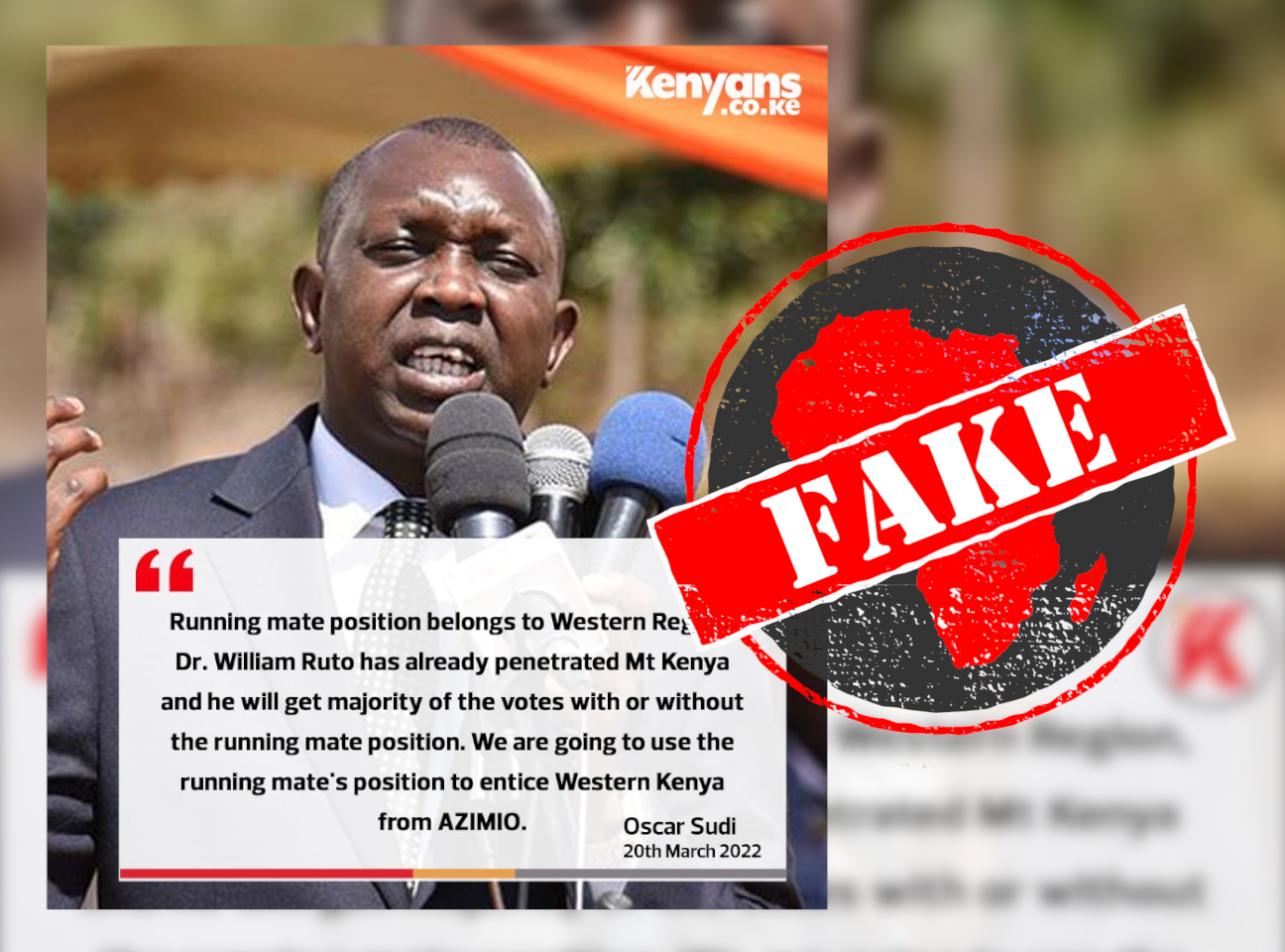 When politics is discussed in Kenya, “Mount Kenya” refers to the country’s central region and the voters who live there – specifically the Kikuyu, Meru and Embu communities.

AZIMIO is Azimio la Umoja (“declaration of unity” in Kiswahili), a coalition of political parties headed by Raila Odinga of the Orange Democratic Movement. Odinga, a prominent opposition politician and former prime minister, is also running for president in the August elections.

There has been widespread discussion about who Ruto will choose as his running mate – the deputy president position. Analysts believe a candidate from Mount Kenya could help him attract votes there.

Ruto’s close ally Rigathi Gachagua, a Mount Kenya legislator, was quoted in February as saying the position was reserved for someone from “the mountain”.

But has Sudi dismissed this, saying Ruto’s “running mate position belongs to” western Kenya? We checked.

Africa Check asked Brian Muuo, the head of social media at Kenyans.co.ke, about the graphic. “This is fake,” he said.

There is no evidence Sudi said this. And there’s no evidence Kenyans.co.ke or any other media house claimed he said it.