A Facebook account calling itself “Excellency Halima Alico Dangote” has posted on a public group about an “empowerment” programme it claims is approved by Nigeria’s government. The group has over 300,000 members.

Halima Aliko-Dangote is the head of commercial operations at Dangote Industries Limited, also known as the Dangote Group. Dangote Group is an industrial conglomerate operating in a variety of sectors, including cement, food production, steel, oil and gas.

The company was founded by Aliko Dangote, estimated to be Africa’s richest person. Halima Aliko-Dangote is Aliko Dangote’s second daughter.

The posts ask people to “drop their account number and their phone number” in the comment section to be “credited” with N300,000.

Could this possibly be a genuine scheme promoted by one of Nigeria’s most powerful women? 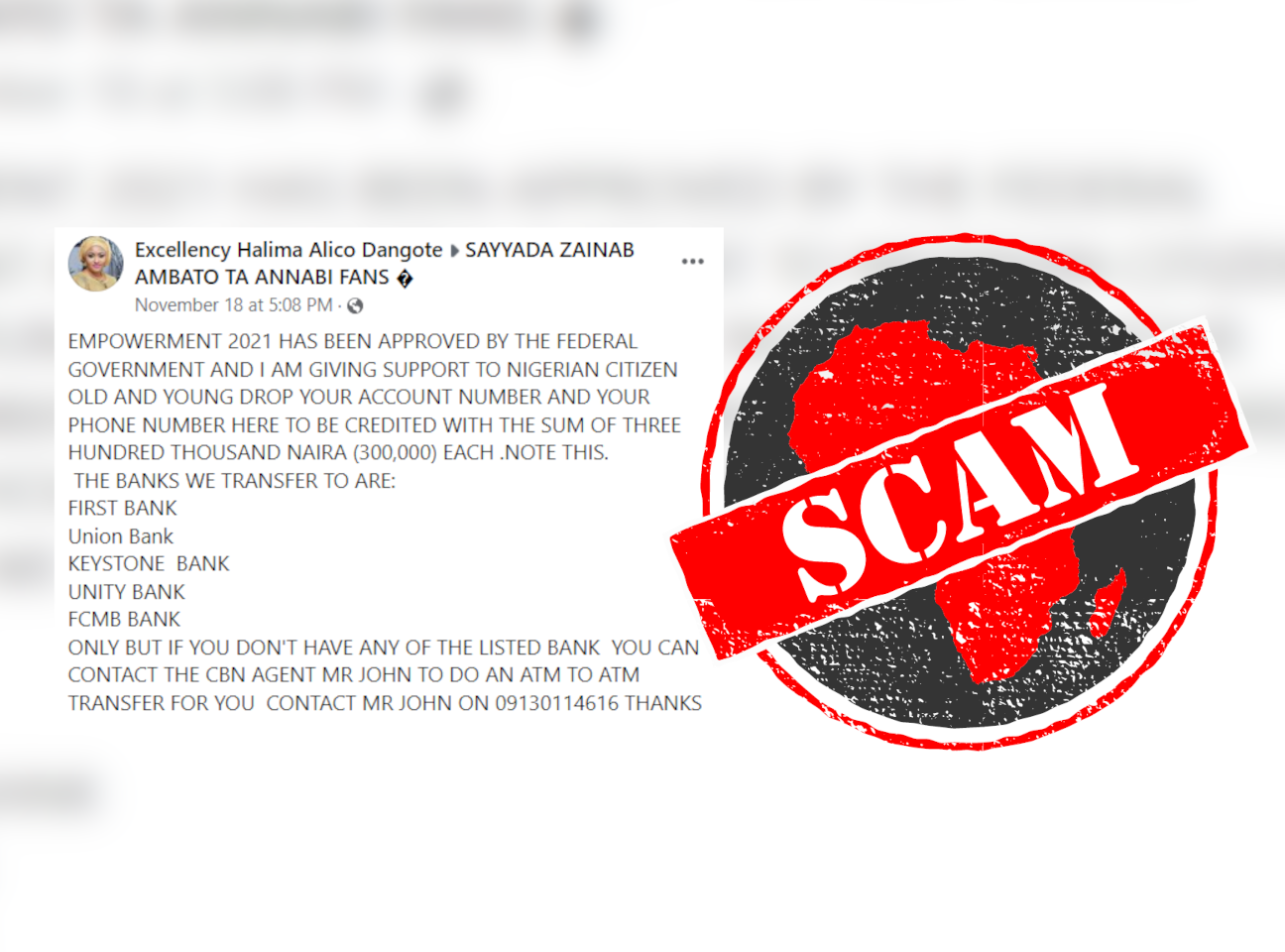 Unlike in the Facebook account in question, the Dangote executive spells her surname “Aliko-Dangote”, which is the first clue that this is an impostor account trying to scam people.

The account shows no other activity than updating its profile picture on 14 May 2021 and the two posts about the cash giveaway published 18 and 20 November. This is highly suspicious.

The posts also list a mobile number for “a CBN agent Mr John”. CBN presumably stands for Central Bank of Nigeria. It also seems highly unlikely Aliko-Dangote would be sharing the phone number for an unidentified CBN agent in this manner.

Asking people to comment on the posts is an example of engagement bait, another technique identified in our guide to Facebook scams and how to spot them.

Dangote Industries warned the public against similar posts as early as February 2021 through their verified Facebook page.

They said then: “Please note that this initiative is a scam aimed at defrauding unsuspecting people, and we strongly advise that you disregard such communications.”

There is no evidence the accounts posting in Aliko-Dangote’s name on social media are official – they are impersonating her and attempting to scam people into revealing their personal information.

Visa lottery application to live and work in the US? Beware of another engagement bait scam