The academic qualifications of Cleophas Malala, senator for Kenya’s Kakamega county, have been the subject of recent controversy.

He was forced to apologise after he claimed on 24 May 2022 that the police didn’t necessarily need a higher education, but just “two hands and legs” to do their jobs. The statement drew condemnation from the National Police Service and the government.

And Malala’s bid to run for the governorship of Kakamega in Kenya’s August elections was challenged with the claim that he had forged his academic credentials. Two court petitions tried to stop the electoral commission from accepting Malala’s nomination on the grounds that he didn’t have the required academic qualifications.

On 27 May, he posted several documents, including a degree certificate from the United States International University-Africa (USIU-Africa) in Nairobi, on Facebook.

And the electoral commission cleared him to run for the Kakamega governorship, on 7 June.

But a document going viral on Facebook indicates that Malala never studied at USIU-Africa. It appears to be a press statement by the university, and carries its logo.

“Our attention has been drawn to a trending topic with regard to the academic standing of Kakamega Senator Cleophas Malala. Ordinarily, we wouldn't be drawn into public debate about individual issues, academic or not,” the statement reads.

“For the record, senator Malala NEVER graduated from the United States International University (USIU) - Africa and therefore does not hold ANY academic document attributable to this great institution.”

It accuses the senator of “divisive and ideological empty rhetoric” that “does not represent USIU values in any way”. The statement can be seen here, here, here, here and here. 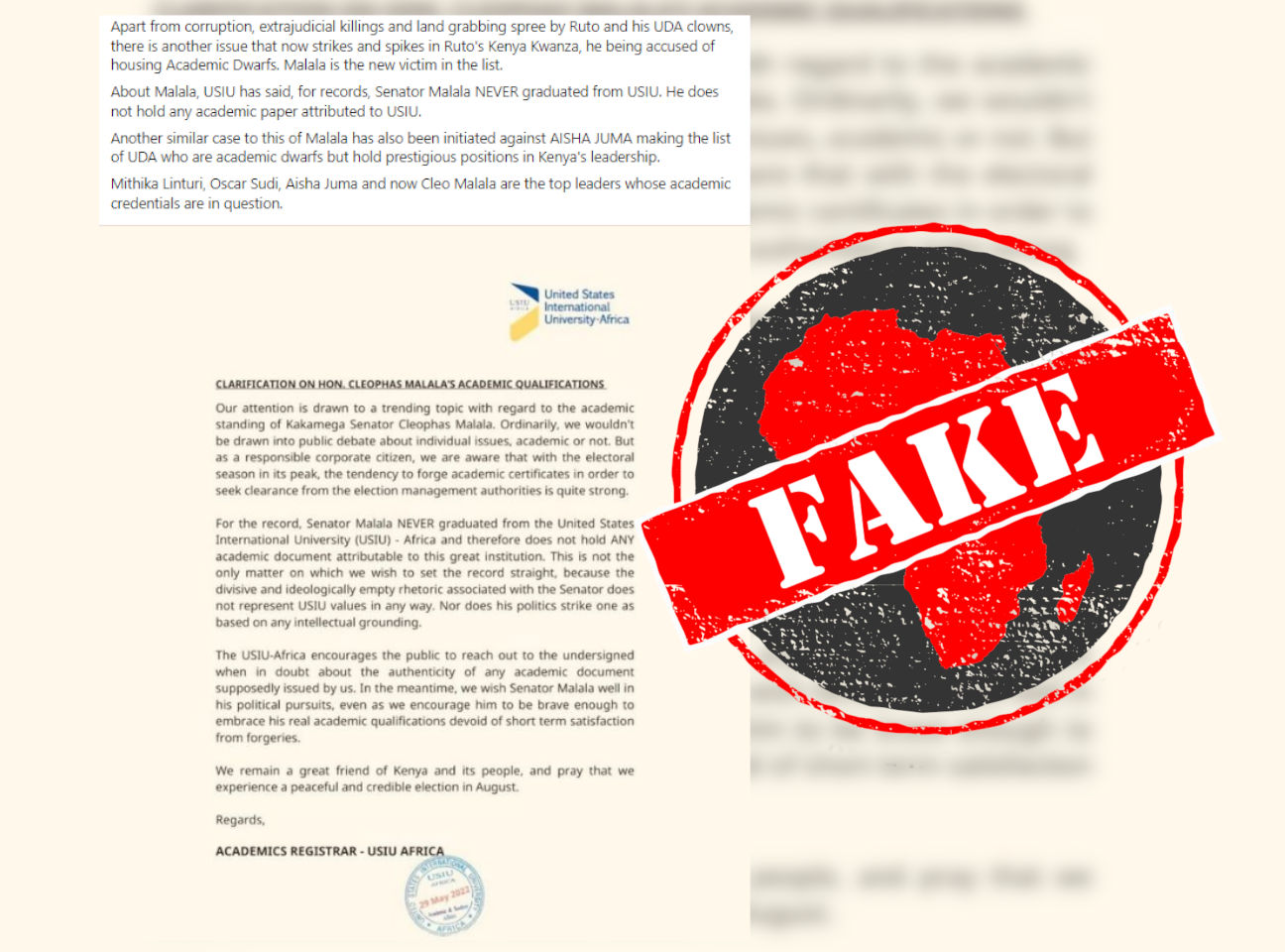 On 29 May USIU-Africa posted the statement on its verified Facebook page, stamped “FAKE”.

“You are advised to ignore any untrue malicious rumours circulating online regarding the validity of our degree certificates,” the post reads.