“Chaos at Kasarani Stadium after a snake slither its way through VIP Gate B moments after Raila Odinga arrived for his rally. Reports of several injured supporters have sufficed,” a typical version reads.

Kasarani stadium is a sports complex in Nairobi, Kenya’s capital. Ruto was declared president-elect on 15 August. Odinga has challenged the results in the supreme court.

The messages come with two photos as proof of the claim. One shows a snake slithering on well-cut grass. The other shows what seems to be a stampede of people. Some versions of the messages use a different second photo, of the Odinga rally.

But did a snake really disrupt Odinga’s rally? And do the photos show the incident? We checked. 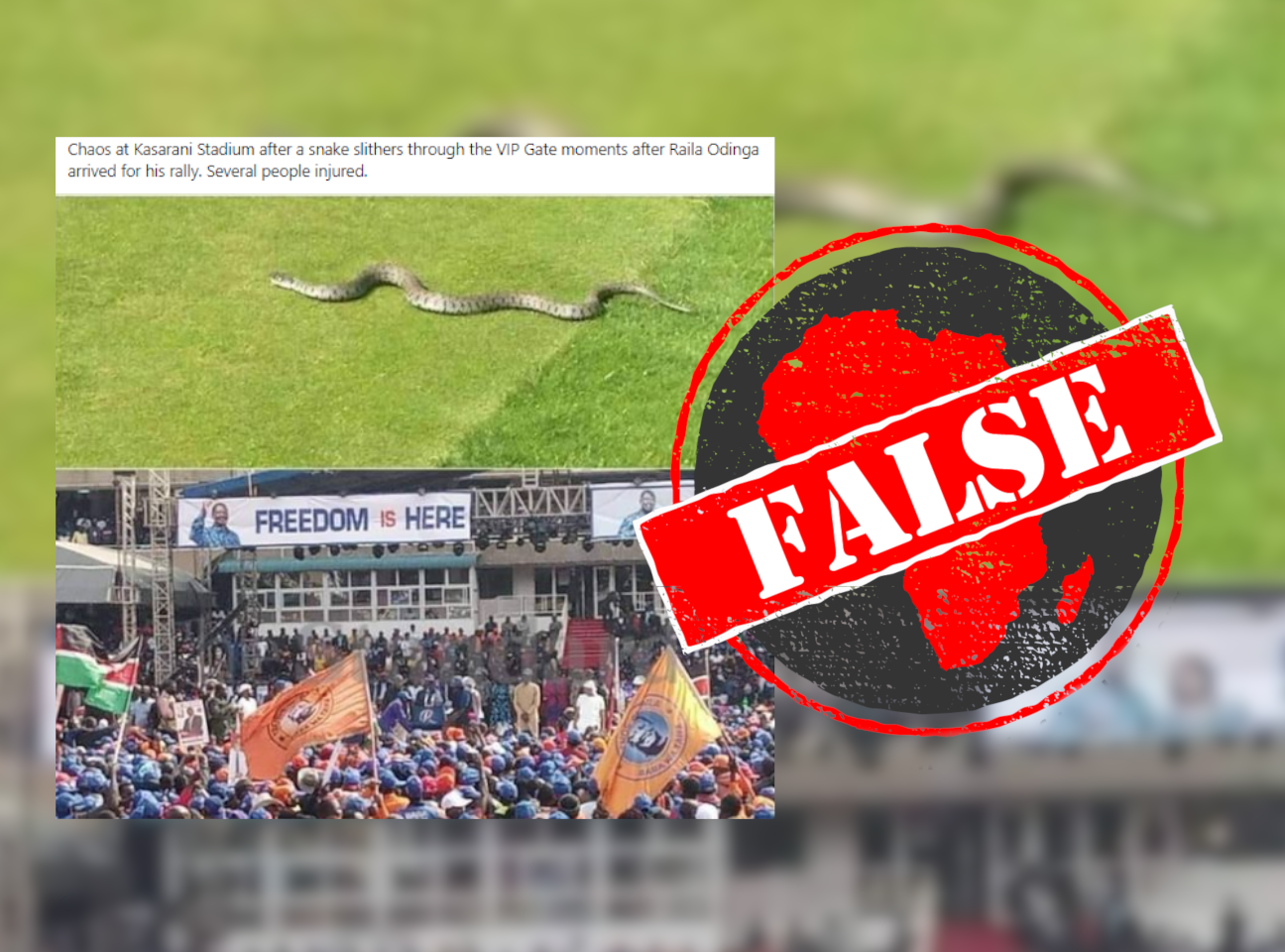 A Google Lens reverse image search revealed that the photo of the snake was taken on a golf course in the UK eight years ago.

It appears in an article on the website Kent Online, dated 10 August 2014. Here its caption reads: “The snake spotted on the 14th hole at Southern Valley Golf Course in Thong Lane, Gravesend.”

Stampede in Nairobi’s Kibera slum in 2020

A TinEye reverse image search of the photo of a stampede reveals that it was taken in 2020 by photographer Khalil Senosi of Associated Press (AP). The photo has been flipped.

On the AP website, the photo’s caption reads: “Residents desperate for a planned distribution of food for those suffering under Kenya's coronavirus-related movement restrictions push through a gate and create a stampede, causing police to fire tear gas at a district office in the Kibera slum of Nairobi.”

We reviewed footage of Odinga’s rally and there was no stampede.