Did the famous Time magazine put Kenyan opposition leader Raila Odinga on its cover as “person of the year” for 2021?

Babu Owino, member of parliament for a constituency in the Kenyan capital Nairobi, shared an image on his Facebook page. It appears to be a cover of Time magazine, showing Odinga in a brown suit and red tie under the headline “Person of the Year”.

A smaller headline reads: “GREATEST AFRICAN STATESMAN” and the cover is labelled as the “November issue”.

Owino has captioned the cover “Raila PRESIDENT, Ruto RESIDENT”. But has the long-standing Kenyan opposition politician been named “person of the year” by Time magazine?

It is an honour previously given only to four individual Africans – Ethiopian Haile Selassie in 1935, Egyptian Anwar Sadat in 1977 and shared by South Africans Nelson Mandela and FW De Klerk in 1993 – so we checked. 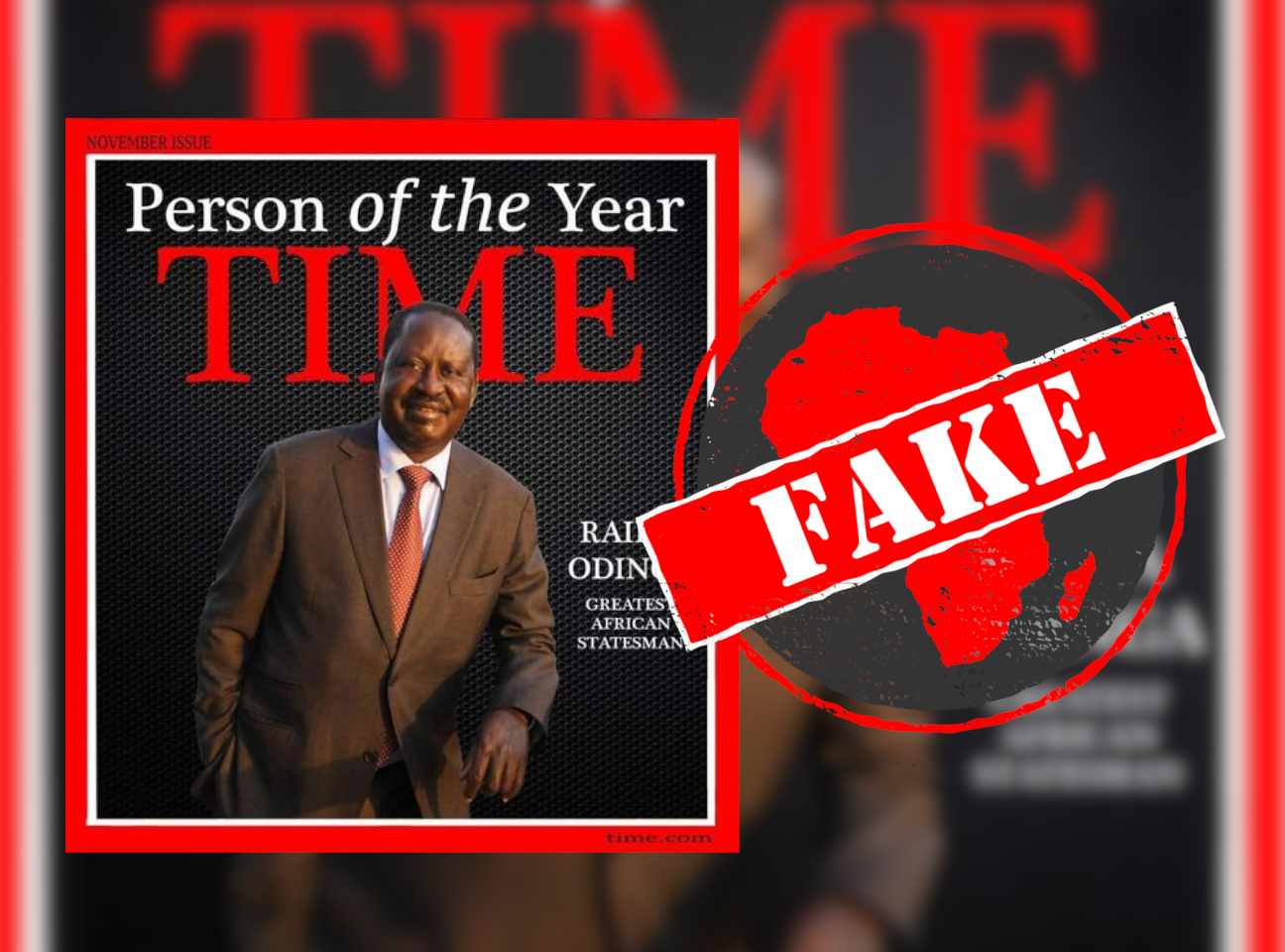 Africa Check debunked the exact same image in October 2018, finding that the cover was “not authentic”, as Time magazine told us.

The magazine also said that although it had reported on Odinga, he had never been featured on the cover nor described as the “Greatest African Statesman”.

There are also noticeable differences between the original Time magazine covers found on the magazine’s website and the cover shared on Facebook.

The original covers have specific publication dates on the top right, while the cover shared on Facebook just has “November Issue” on the top left.

The web address on the bottom right is also much smaller on the original covers than on the version shared on Facebook.