A photo posted multiple times on Facebook appears to show a prominent Ugandan opposition leader endorsing the current president’s son, who is one of the country’s top military bosses.

One post, shared in a public group of over 47,000 members, reads: “Gen Muhoozi kainerugaba is a Unifying Messiah, He will Unit all Ugandans irrespective of Religion, Culture, social status or Political background, let's embrace the Patriotic Statesman.”

Has Rubongoya really endorsed the son of the sitting president of Uganda? We checked. 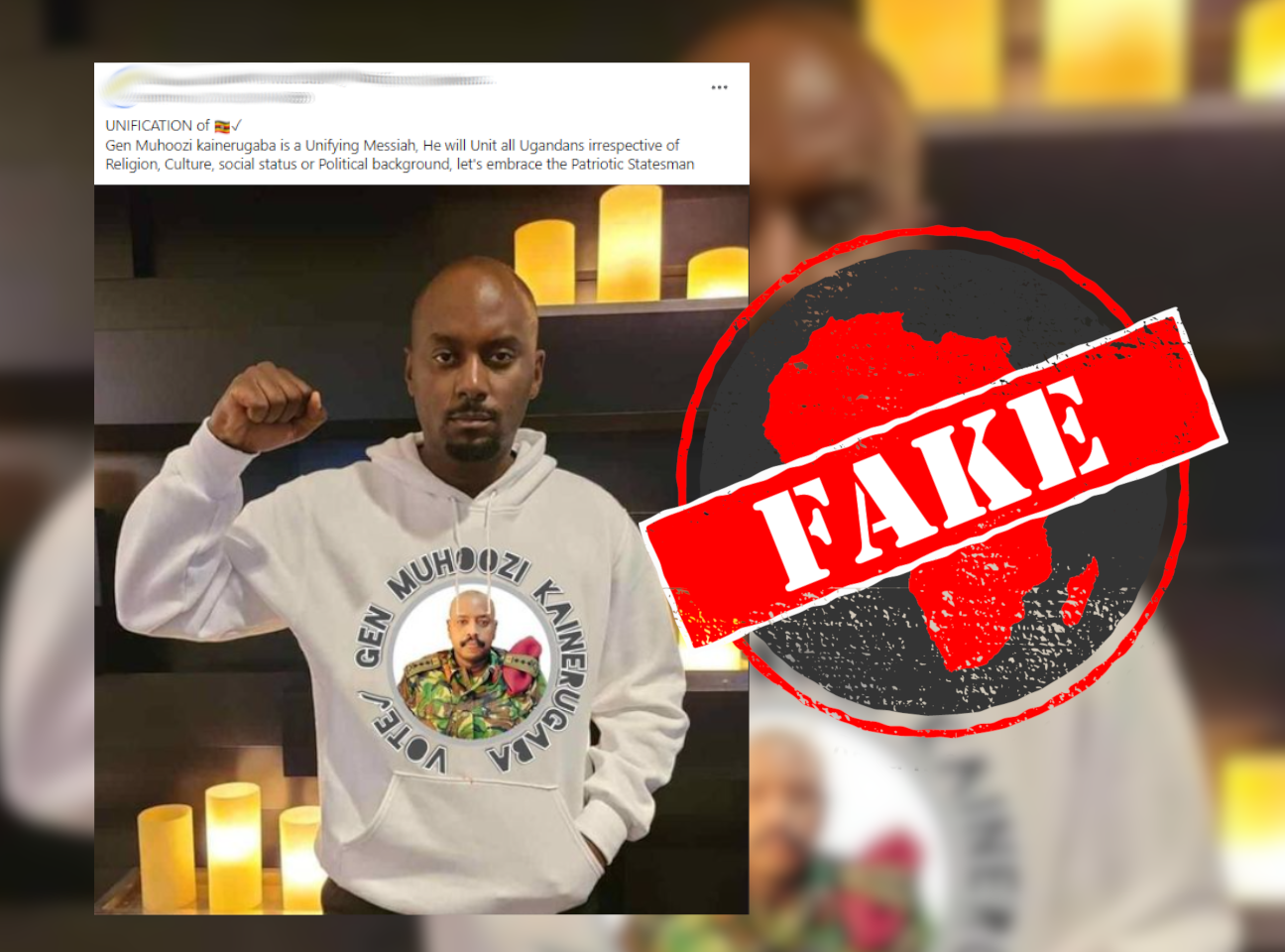 A look at Rubongoya’s official Facebook page shows the original photo was shared on 27 September 2021, the same day the false claims were posted on the social media platform.

In the original photo there is a logo of a fist and roots, not Kainerugaba’s photo, on Rubongoya’s hoodie.

The opposition leader posted the photo with a quote attributed to US civil rights leader Martin Luther King Jr which ends: “This is why right, temporarily defeated, is stronger than evil triumphant.”

The image circulating on Facebook has been digitally altered.