An image of what looks like the front page of the Red Pepper, a Ugandan tabloid newspaper, has been posted on Facebook. The headline reads: “Kenyan Deputy President Gave Me Herpes.”

A summary below the headline adds: “Kampala prostitute laments how the Kenyan leader paid handsomely only for her to be left with a smelly UTI after a 3-day romp session.”

Next to the headline is a photo of a woman with her face obscured and the claim: “Medical reports from a doctor in Rubaga show herpes infection.”

Kenyan deputy president William Ruto is one of the frontrunners for president in the country’s general elections scheduled for 9 August 2022.

But did a Ugandan tabloid really lead with such a shocking story in early April? We checked. 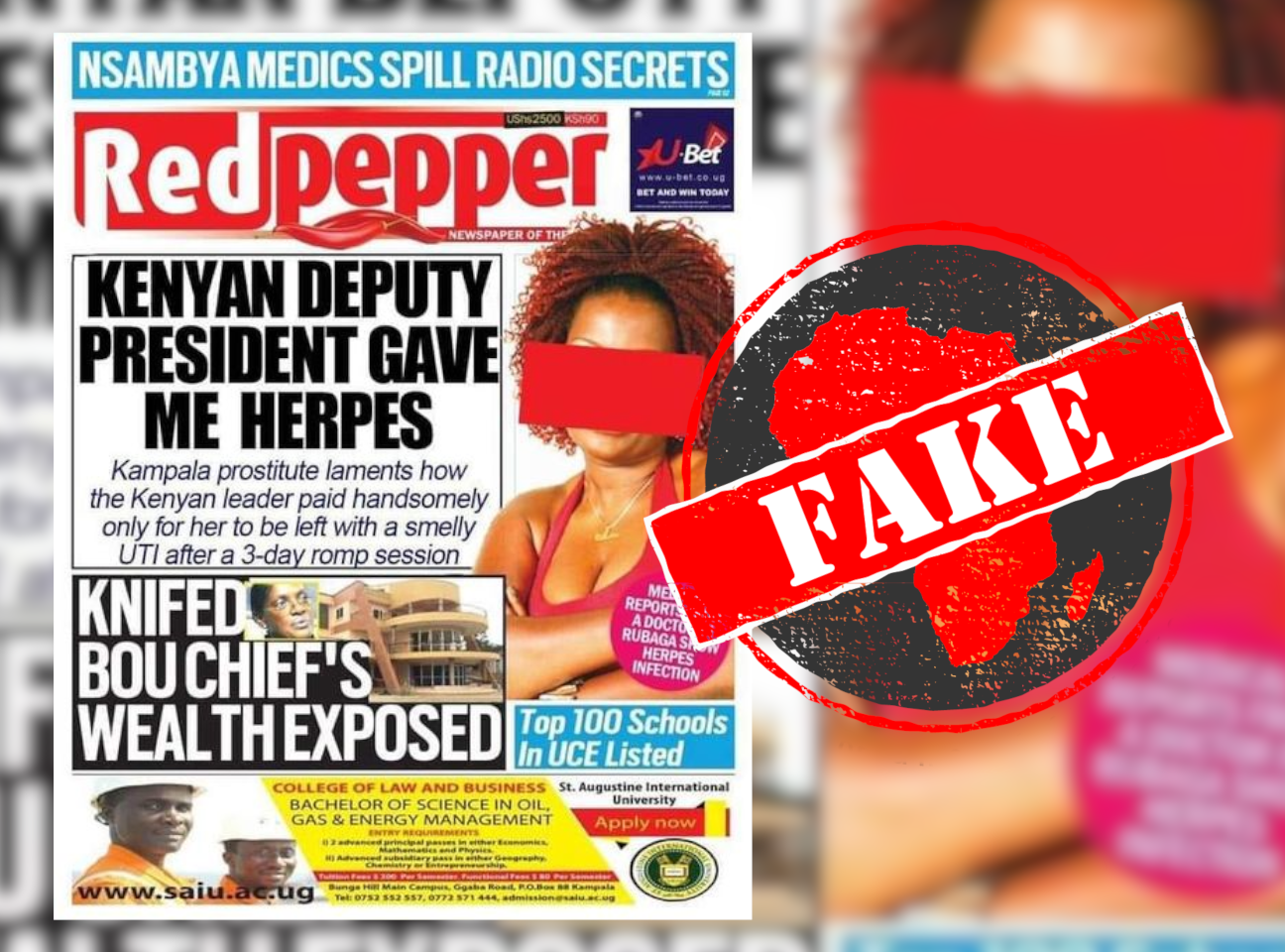 The front page doesn't show a date of publication which is an unlikely omission for a newspaper.

Another red flag that the front page may be fake is that the headline text looks squeezed and a bit smaller than the daily’s typical front-page font.

The Red Pepper shared an image of the circulating front page on their official Twitter account on 4 April and called it "fake".

“Please disregard this and treat it with the contempt it deserves,” the tabloid wrote.

In another tweet, Red Pepper posted the original front page that had been manipulated. It was from the paper published on 9 February 2018 and the real headline read: “Get off my wife.”

It featured the same woman’s photo, but with her face visible, above a small headline that read: “Richest Ugandan Artistes Ranked.”

The front page circulating on social media has been doctored.