A message going viral on WhatsApp in Nigeria in November 2021 is warning people to avoid the Third Mainland Bridge in Lagos, the country’s largest city.

The 11.8 kilometer-long bridge is the longest of the three that connect mainland Lagos to its islands.

“We have just been informed that part of the 3rd mainland bridge has opened up and the bridge is shaking. People are advised to avoid the bridge and use alternative routes available to avoid major disaster,” the message reads.

A video is shared with the message, which appears to be from a Channels Television broadcast, showing an expansion joint on the bridge.

A reporter in the video says the joint has started to “sever”. She reports that the Federal Ministry of Works has said “there is no cause for alarm” but also suggests “there is need for an urgent attention”.

The video has also been shared on several Facebook pages and one post has been viewed 6,500 times since 9 November 2021.

But should Lagosians “avoid the bridge and use an alternative routes available to avoid major disaster”, as one Facebook post suggests? 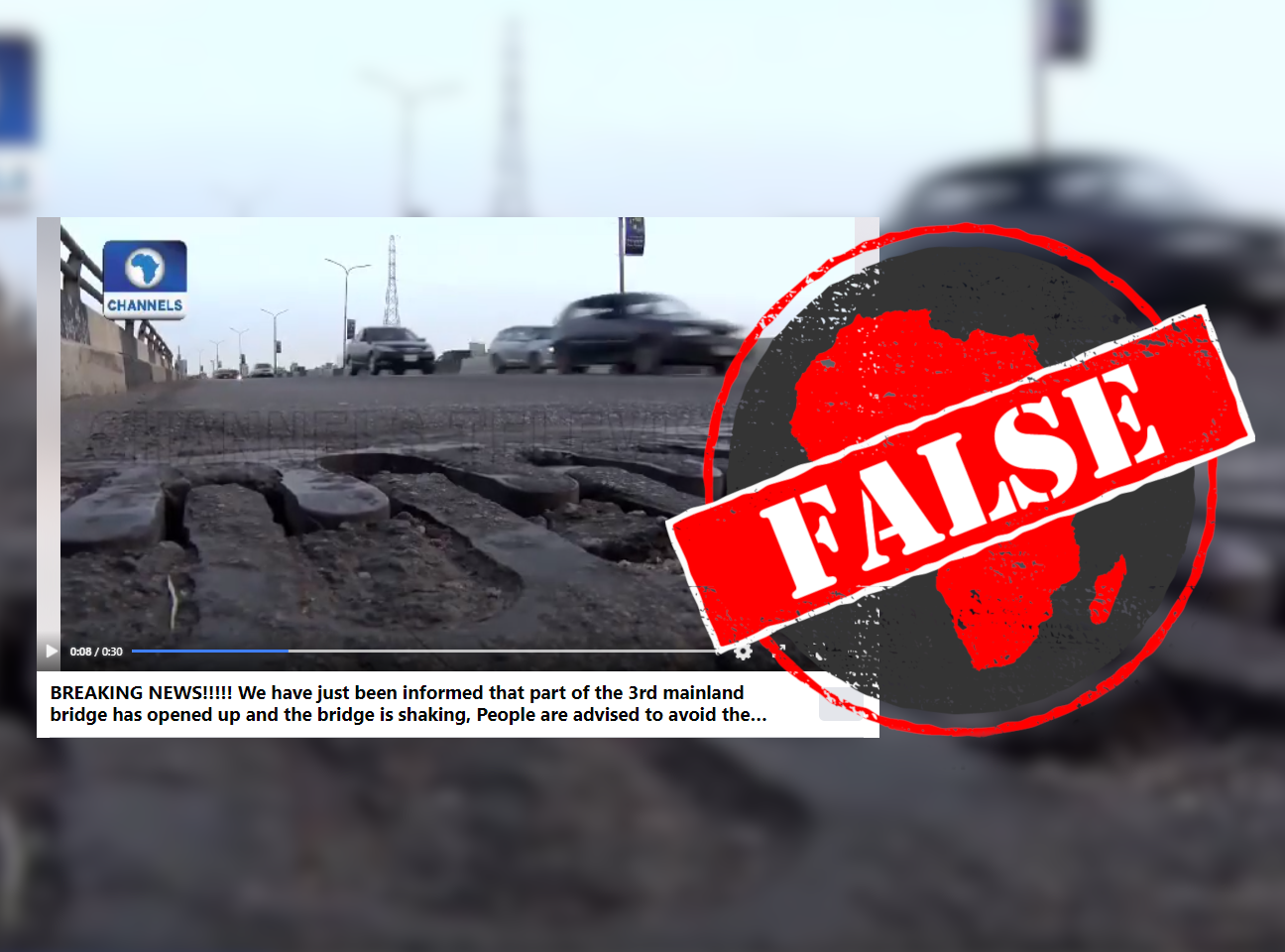 Checking the Channels TV YouTube page revealed that the video is from April 2019 and not as recent as claimed in the messages shared widely in November 2021.

The ministry of works and housing also issued a statement that the claims were unfounded.

It said Olukayode Popoola, the federal controller of works in Lagos state, had inspected the bridge and “advised members of the public, especially commuters, to ignore the insinuations, as the bridge, which is receiving regular attention along with others across the country, is safe for use”.