A tweet posted on 11 July 2021 claims to show the aftermath of protest action in South Africa’s KwaZulu-Natal province. The video, which was shot from a helicopter, shows thick bush veld and a fence lying on the ground. There appears to have been a fire.

The caption reads: “Protesters have pulled down the fence at the Hluhluwe Game Reserve to let the animals out. Watch out for lions, etc.”

Protests, looting and violence have been reported across the country. Some of the protestors are demanding that former South African president Jacob Zuma be released from jail. He was recently sentenced 15 months in prison for contempt of court by the Constitutional Court, the highest court in the country.

Is this video related to the recent protests? We checked. 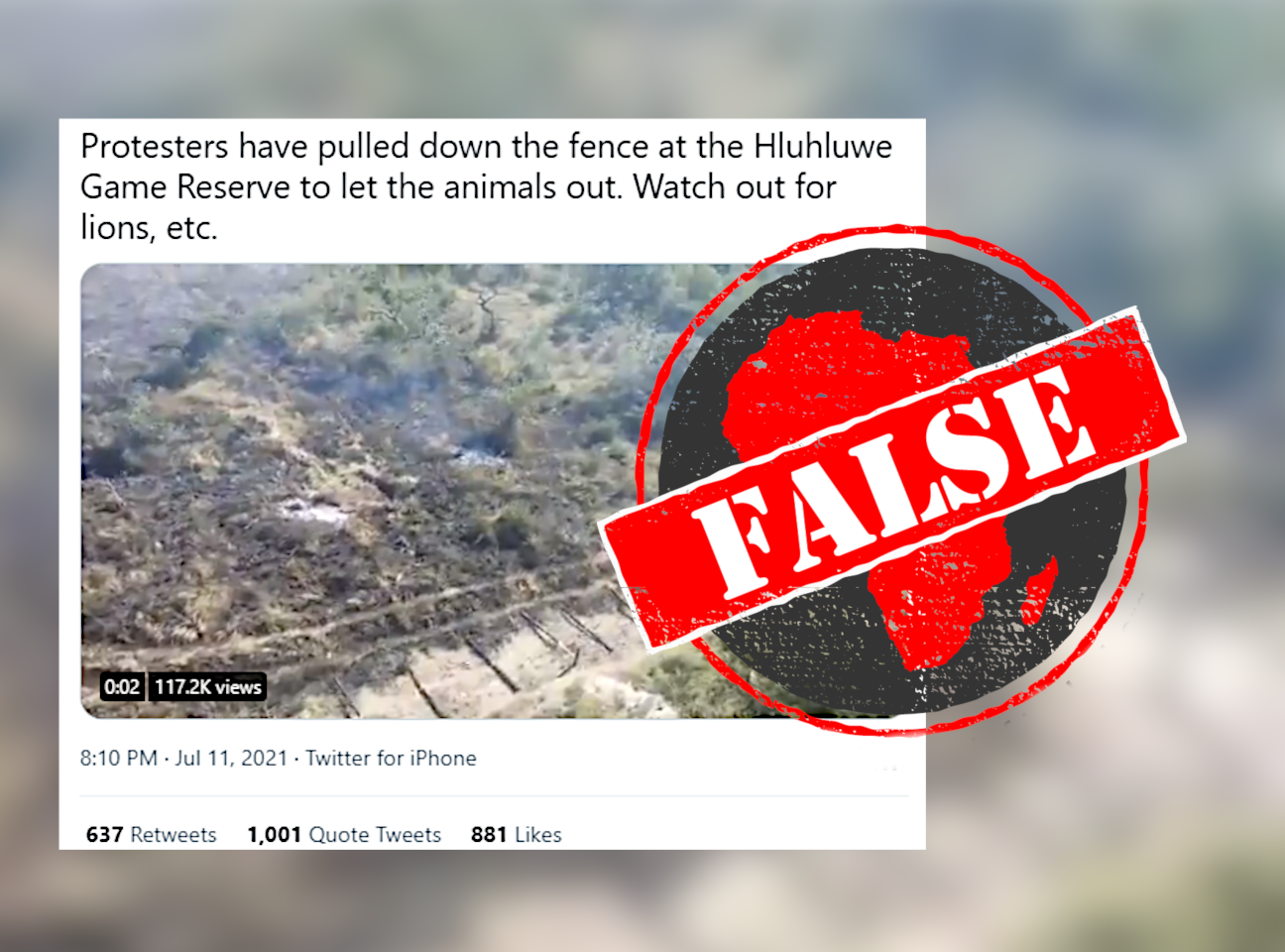 On 12 July 2021, Ezemvelo KZN Wildlife published a Facebook post denying that the video was recent. The government organisation manages nature conservation in the province.

“Please note that the video currently being circulated purporting to show that the Hluhluwe iMfolozi Park’s fence has been destroyed is an old video,” it said. “It was taken by Ezemvelo on 12th May 2021 following the community protest by the community of Biliya community.”

Media reports of the protest stated that more than a kilometre of fencing was damaged. The community was demanding that the game reserve employ them.

Ezemvelo said that it had not experienced any damage to property in the latest protests.

The video does not show protest damage at Hluhluwe Game Reserve in July 2021.

No, disturbing video of attack on young girl was not shot in Kenya but in Democratic Republic of Congo