Yes, African frog breaks own bones to protect itself – but isn’t long-haired

A graphic of an odd-looking long-haired frog has been doing the rounds on Facebook in South Africa.

The text in the graphic says “the ‘horror frog’ is so aggressive, it will break its own bones, force them through their skin, and use them as claws to attack” and warns it “attacks humans too”.

A reverse image search of the long-haired frog led us to the website DesignCrowd. The image is not a real photo – it was digitally manipulated and submitted to a contest on the site with the theme “hairy”.

But does the “horror frog” described exist? We investigated. 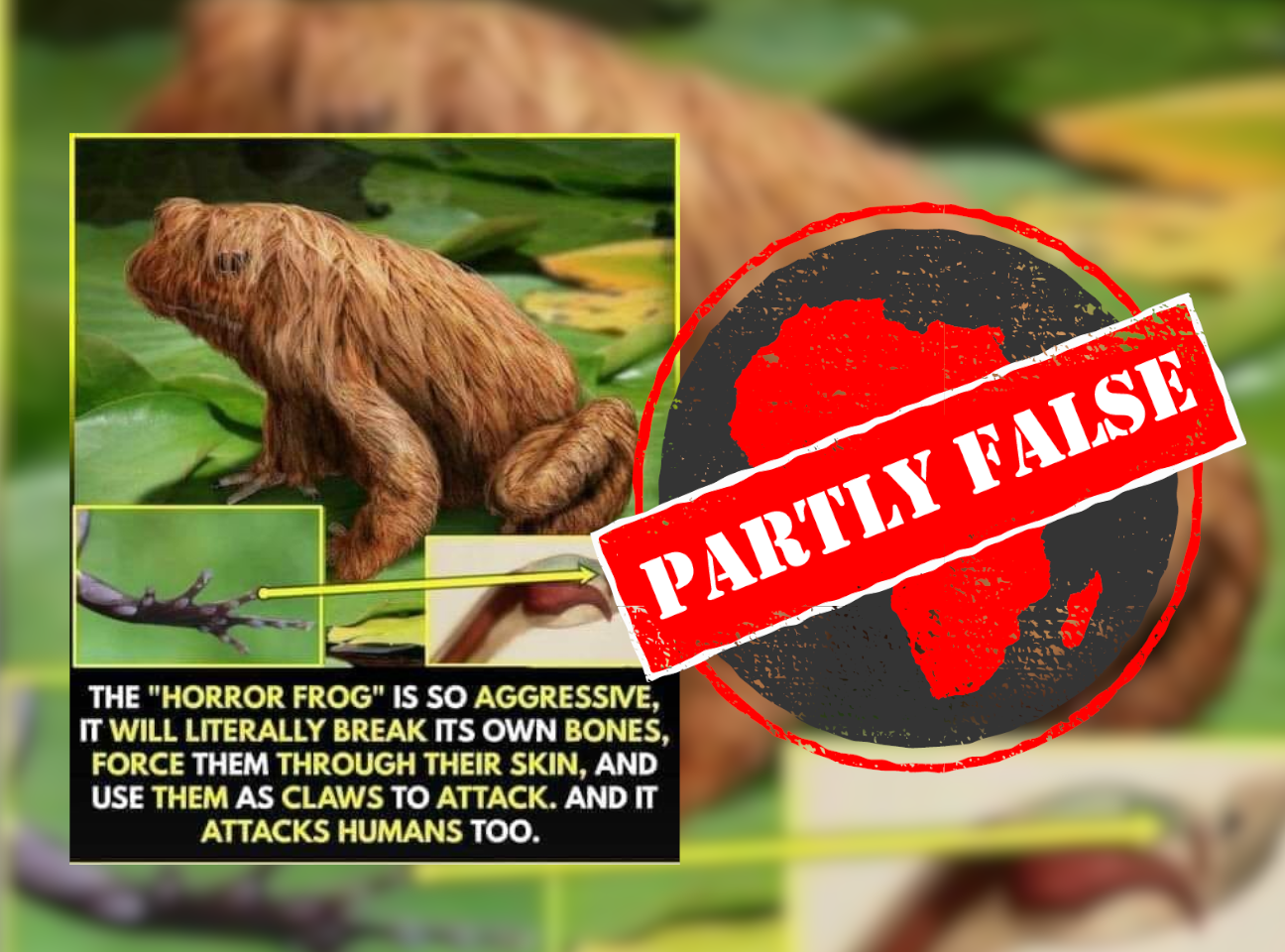 National Geographic explains that this bone-breaking frog does exist and is part of the Arthroleptidae family from central Africa.

The magazine says: “The frogs defend themselves with sharp bone claws on their hind feet but to do so, the animals have to drive the claws through their own skin.”

This defence mechanism is “completely unique in the animal world”.

A 2008 study of arthroleptid frogs found they had phalanges, the bones forming the toes, on their hind feet that “become functional by cutting through the skin”.

When the frogs are in a resting state, the bones remain under the skin, but when out of this state, their claws break free.

“While superficially resembling the shape of claws in other tetrapods, these are the only vertebrate claws known to pierce their way to functionality,” the study said.

AmphibiaWeb explains that it has “been suggested that these bony claws may also be used in male-male combat”.

As can be seen in the photo published by National Geographic, the arthroleptid frog, while real, looks nothing like the long-haired illustration in the graphic on Facebook.