“Dr Xiaomei Havard sworn in as Member of SA Parliament,” says a Facebook post circulating in South Africa. “She was born in China”.

Racist and xenophobic comments on the post criticise the news, and imply that it means South Africa is being “colonised” by China. The appointment was also criticised on social media by other members of parliament and the public.

The post shows two photos of a woman with spectacles who appears to be of Asian descent. In one photo, she is wearing the colours of South Africa’s ruling political party, the African National Congress, and sitting at a table covered in an ANC tablecloth.

But Facebook’s fact-checking system has flagged the post as possibly false. So was a woman called Xiaomei Havard sworn as a member of parliament, or MP, representing the ANC? 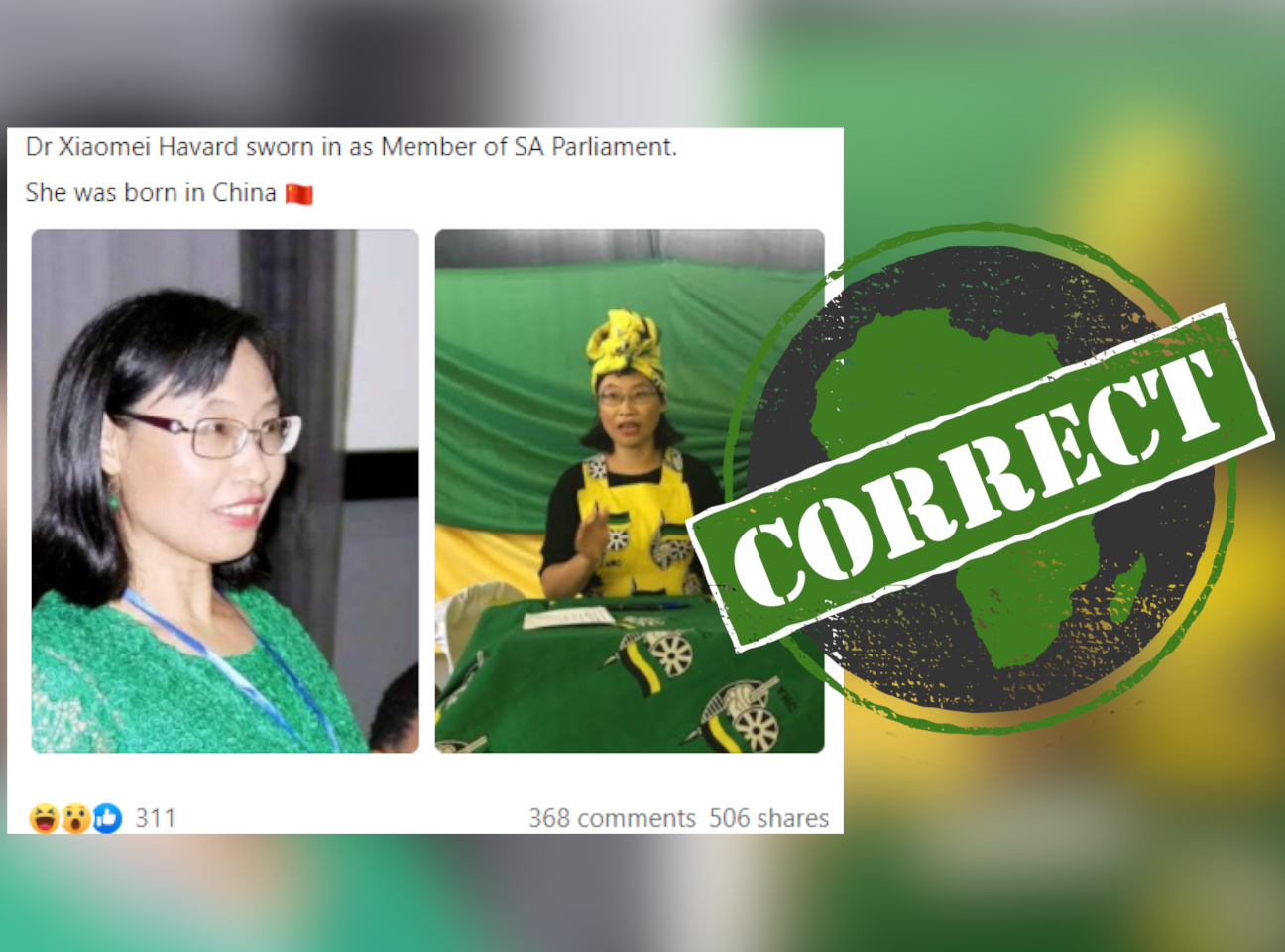 The popular minister in the presidency, Jackson Mthembu, died in January 2021 from complications related to Covid-19. All ministers are also MPs.

After Mthembu’s death, it was reported that Mthembu’s replacement as MP would be Dr Xiaomei Havard. She was sworn in to the national assembly on 26 January.

Small business development minister Khumbudzo Ntshavheni replaced Mthembu as the minister in the presidency “until further notice”, according to an announcement by president Cyril Ramaphosa.

Havard is a businesswoman from the Gauteng province, who was born in China. She joined the ANC in 2004.

In an interview on radio station Cape Talk following her appointment, Havard said she had given up her Chinese citizenship “fifteen years ago”, was only a South African citizen, and was married to a South African. She vehemently dismissed rumours she was a Chinese spy.

It has been reported that Havard is the first woman of Chinese descent to be sworn in as an MP in South Africa, but at least two women originally from Taiwan have served as MPs in the past. Havard was born in mainland China.

Eugenia Shi-Chia Chang and Sherry Su-Huei Chen were both sworn in as MPs in 2004. Chang represented the Inkatha Freedom Party and Chen the Democratic Alliance.

No, South African MPs are generally not paid less than their international counterparts