A graphic shared on Facebook in South Africa says “there is a water Reservoir floating in space which is equivalent to 140 trillion times all the water in the world’s oceans”.

The graphic was shared 39,000 times in just 24 hours, but flagged as possibly false by Meta’s fact-checking system. Is this mind-bending number accurate? 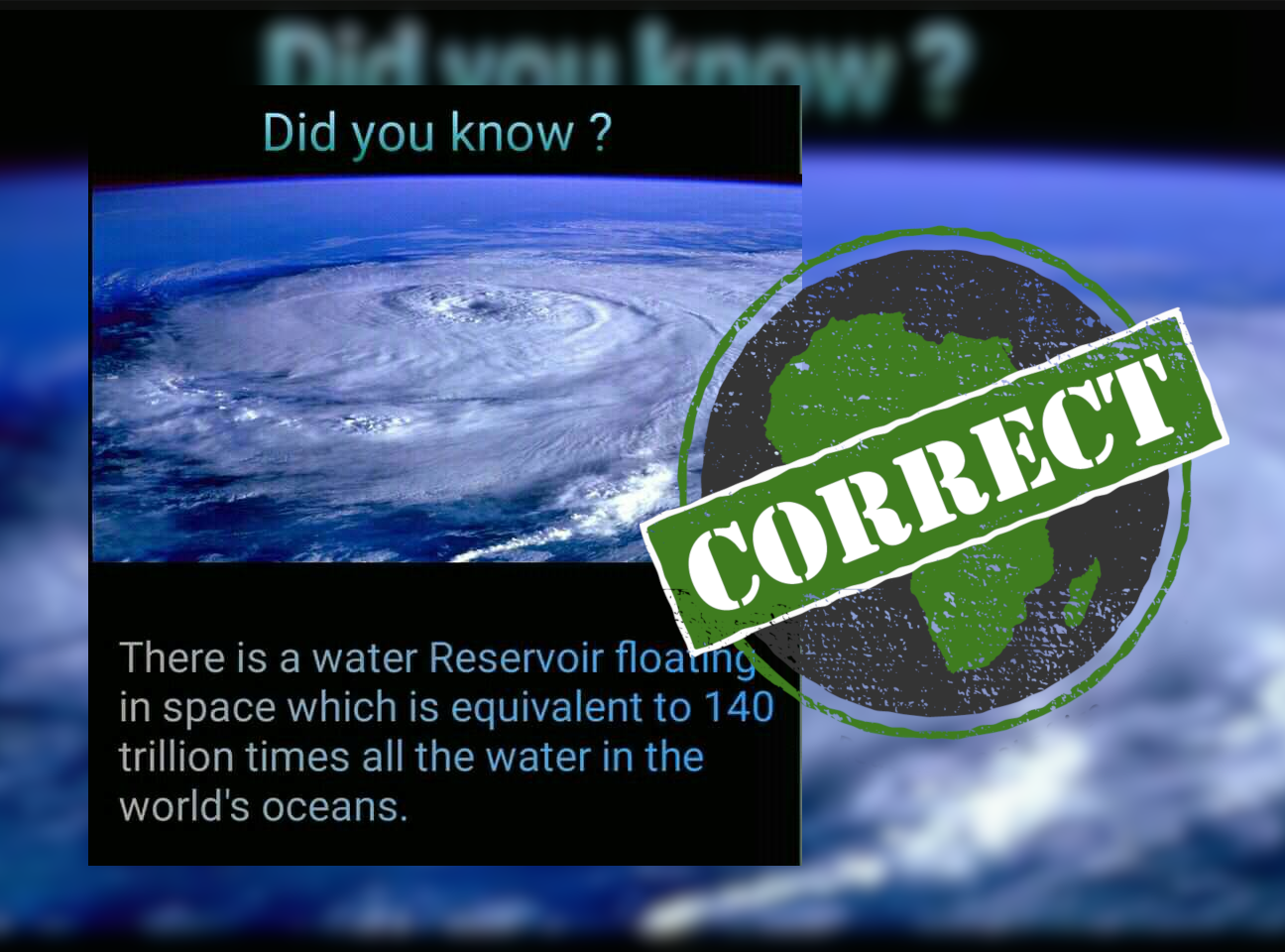 Our ‘blue planet’ is 71% covered in water

Earth is sometimes known as the “blue planet” and according to the US-based National Ground Water Association this is because 71% of the planet’s surface is covered by water.

This is made up of the water in the oceans, icecaps and glaciers, groundwater, streams and lakes, and in the soil, atmosphere and biosphere.

Largest water reservoir ‘ever detected in the universe’

In 2011, the US National Aeronautics and Space Administration, or Nasa, reported two teams of astronomers had discovered the largest and most distant water reservoir “ever detected in the universe”.

The claim in the graphic may have come directly from this article, which said: “The water, equivalent to 140 trillion times all the water in the world's ocean, surrounds a huge, feeding black hole, called a quasar, more than 12 billion light-years away.”

The light year is a unit for measuring astronomic distances. One light year equals 9,500,000,000,000 kilometres – 9 trillion 500 billion kilometres, if all those zeros make your head spin.

National Geographic, the Smithsonian and Wired magazine also reported on this discovery. National Geographic said the “universe's most massive water cloud” of water weighed around 40 billion times the mass of Earth.

The hard-to-imagine claim in this graphic on Facebook is correct.