A graphic shared on Instagram claims “Covid-19 has officially surpassed the Spanish Flu of 1918 to become the deadliest pandemic in American history”. The graphic received over 35,000 views in just 24 hours.

The 1918 influenza pandemic was caused by the H1N1 influenza virus and spread worldwide during 1918 and 1919.

The US Centers for Disease Control (CDC) says: “It is estimated that about 500 million people or one-third of the world’s population became infected with this virus. The number of deaths was estimated to be at least 50 million worldwide with about 675,000 occurring in the United States.”

But is Covid-19 now the deadliest pandemic in US history? And should we compare it to the 1918 flu? 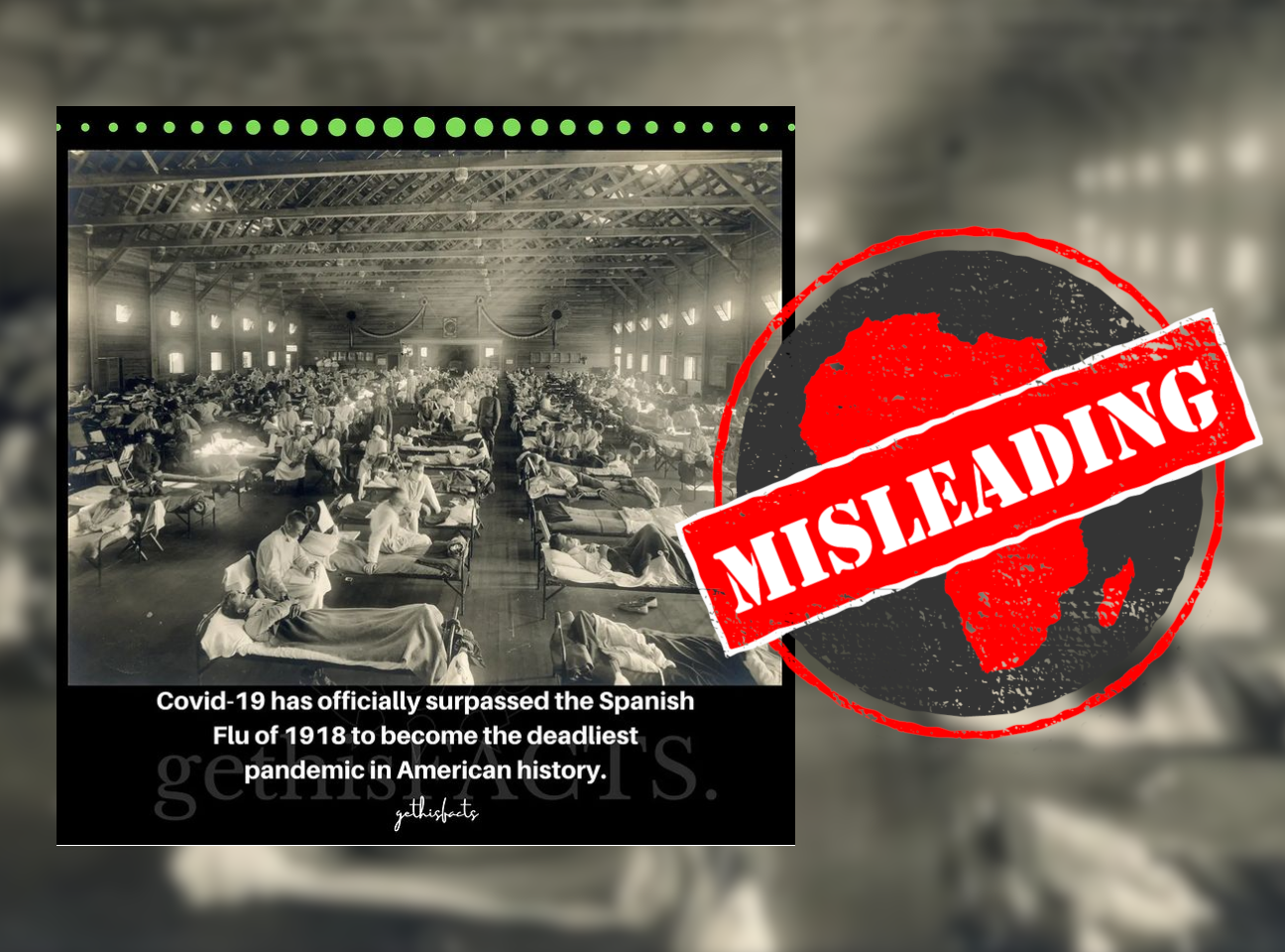 This does surpass the number of deaths in the 1918 flu pandemic in the US.

However, National Geographic magazine warns against the accuracy of the death toll from the earlier pandemic. It says the number was an “extrapolation from a sample population that was disproportionately white people who lived in cities”.

In other words, it was probably an underestimate.

Smithsonian magazine, in an article with the same headline as the graphic spreading on Instagram, says it’s important to consider the differences between 1918 and today.

Population numbers are vastly different more than a hundred years later: “In 1918, the population was less than a third of today's at 103 million people living in US right before the 1920s.”

“Looking at the national population-level data during the two events, the 1918 influenza still tops Covid-19,” says the Smithsonian.

According to Stat, a news site about health, medicine and the life sciences, the deaths from Covid-19 in the US make up roughly 14% of the global number, though the country’s population is only 4.2% of the global population.

Dr Howard Markel, a medical historian at the University of Michigan in the US, told CNBC that it was time for people to stop looking at the 1918 flu as a guide for the current pandemic.

CNBC also noted that the earlier flu killed people differently than Covid-19: “While the coronavirus can be especially severe for the elderly and those with underlying health conditions, the 1918 virus was unusual in that it killed many young adults.”