A post circulating on Facebook in December 2020 claims that “South Africa has entered a second wave of Covid-19 infections”. 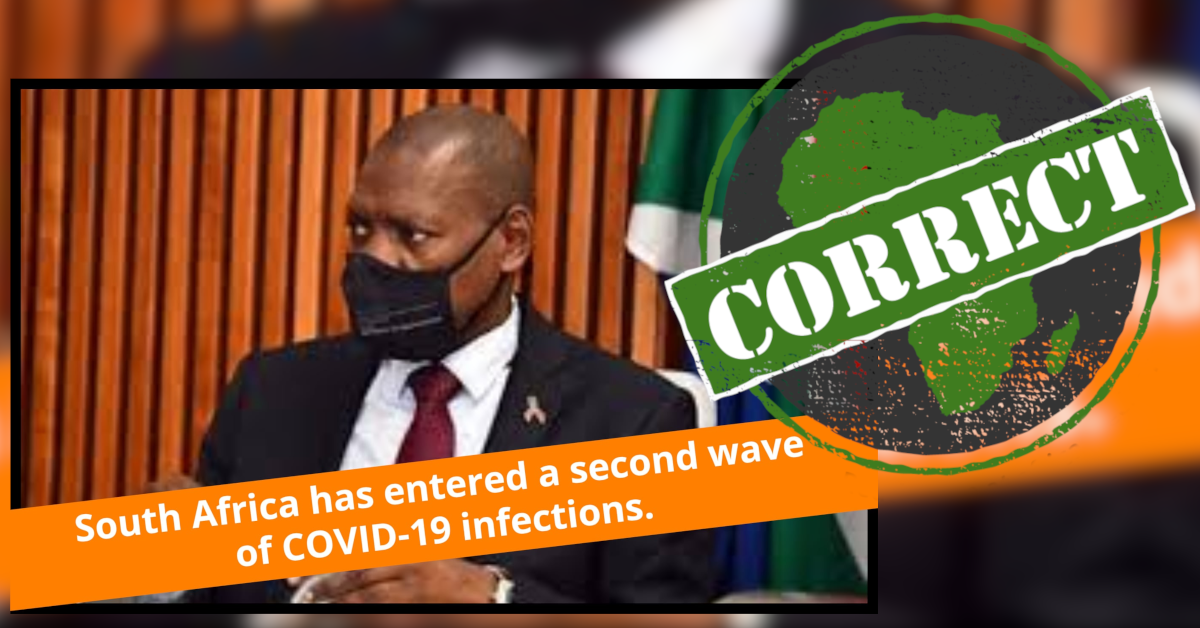 In a speech on the evening of 9 December, South Africa’s minister of health, Zweli Mkhize, confirmed that the country had officially entered a second wave, according to criteria formulated by scientists and modeling teams.

Four provinces in South Africa – the Western Cape, the Eastern Cape, KwaZulu Natal and Gauteng – were driving the new wave, he said.

As South Africa approaches the festive season, Mkhize urged people to continue practicing “non-pharmaceutical interventions” such as social distancing and the wearing of face masks.