“An unbelievable story of a woman who died after being eaten by a cow at one village from Qumbu in the Eastern Cape is trending on Social Media,” reads a message posted on Facebook in January 2021.

Qumbu is a village in South Africa’s Eastern Cape province.

The message claims Zininzi Mthethandaba, a teacher, was making her way to work one morning when a cow attacked her, “using its horns till she fell down on the ground. After she was on the ground that when it started eating her tearing body into pieces.”

It adds: “Family spokesperson Litha Ludidi said they cant believe this as they have never heard or seen a cow eating a human being to death.”

Facebook’s fact-checking system has flagged the message as possibly false. But it’s true. 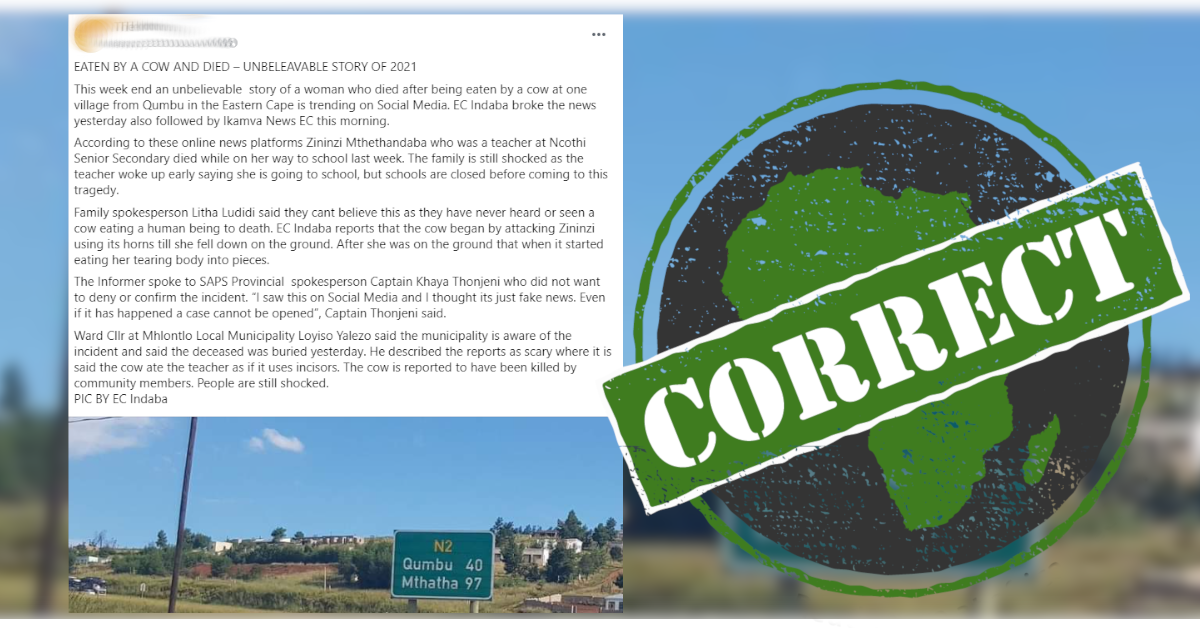 Rabies suspected, but no symptoms

Several credible news organisations reported the incident, saying that Mthethandaba was crossing grazing land on 21 December 2020 when she was attacked by a cow.

Her leg was bitten and her body gored by the cow’s horns. She died later in hospital.

The cow was initially suspected to have rabies, a deadly virus spread to people from the saliva of infected animals. But it did not show any of the clinical symptoms.

Veterinary scientists and traditional leaders in Qumbu decided the cow should be euthanised, but the animal’s owner reportedly reneged on the agreement.

The cow and its calf are being isolated at the owner's homestead for daily monitoring and assessment.