Are 5.7 million people employed in Zimbabwe’s informal economy? No

“There is talk of unemployment but you see Zimbabweans everywhere, hustling up and down to earn an honest living… 5.7-million people are engaged in the small and medium enterprises sector with an annual turnover of $7.4-billion,” she said, according a report by NewsDay.

“5.7 million jobs have been created,” reported the government-owned Herald, quoting the minister.

Nyoni was updating parliament on her ministry’s plans to bring more businesses into the formal sector and thereby into the tax system.

Zimbabwe Revenue Authority Commissioner General Gershem Pasi backed the plan which he said would enable the country to bring many more employers and employees into the fold and strengthen government finances.

Where does the 5.7-million figure come from? 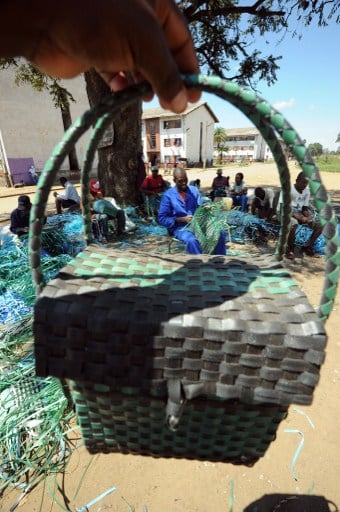 So are the numbers right? And where does the 5.7-million figure come from?

The answers lie in a 2012 World Bank-funded study of micro, small and medium enterprises (MSMEs) in the country, prepared by the Johannesburg-based non-profit research consultancy FinMark Trust, and released in June 2013.

To assess the size of the informal sector is a notoriously difficult task in any country.

To do so in Zimbabwe, FinMark Trust researchers first polled over 57,000 households in 500 areas and asked them if they or any of their family members owned a small business, the group’s head of information and research, Dr Kingstone Mutsonziwa, told Africa Check.

Half of the sample comprised business owners, he said. Given the informal nature of the sector, this information had to be taken at face value, Mutsonziwa said: “We had to rely on what people said”.

According to the study, researchers then conducted face-to-face interviews with 3,222 people who reported themselves to be business owners, doing so across all provinces of Zimbabwe.

Extrapolating their findings to the broader population, the researchers estimated that there were 2.8 million MSME business owners in the country in 2012, running about 3.5-million businesses. Of these, 800,000 businesses had “employees”, totalling 2.9-million. The 2.9-million employees, together with the 2.8-million business owners, brought the number of people working the informal sector to 5.7-million, he explained. Zimbabwe’s adult population was estimated at 5.9-million in the report.

“Some of the employees could be family members. It could be a child helping a business. It’s possible that I am running a business and my son who is 12 years old helps me,” said Mutsonziwa. “As long as they are helping you, we calculate [that they are employed in the informal sector],” he said.

However, economist John Robertson, a former president of the Zimbabwe Economics Society, told Africa Check that while 2.9-million people may be working in some capacity at businesses, they do not fit the standard international definition of an “employee” as someone in “paid employment”.

“The definition does not apply if you are not being paid. An employee is somebody who has got a pay slip and can get certain privileges like accessing credit,” said Robertson.

How much could Zimbabwe take in taxes? 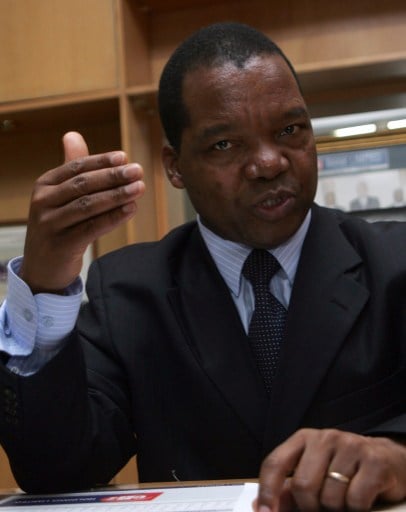 In her parliamentary address, Nyoni said it would make a significant contribution to the national fiscal position if each of the country’s 2.8-million informal business owners were to be brought into the tax system.

Online news site, The Zimbabwean went further in an editorial comment: “If all employees in the informal sector were to contribute an average of $5 in PAYE [pay-as-you-earn tax] per month, that means the fiscus would be more than $25-million richer every month,” it said.

However, the survey found that not all business owners bring in sufficient income to cover the individual PAYE threshold of US$250 per month.

Additionally, it would be a challenge for government to collect revenue from informal traders as most of them have no business addresses, Robertson told the Zimbabwe Independent. The FinMark Trust survey found that 39% of the businesses operated from residential premises, 22% from farms, 11% operated door-to-door, 9% operated from streets and 6% operated from traditional markets.

Calls to formalise the informal sector reflect “a desperate position” on the part of government, as informal traders can simply move away if the environment in which they operate “becomes too stringent”, Oswald Binha, former president for the Zimbabwe National Chamber of Commerce, told the Zimbabwe Independent in the same report.

The survey conducted in 2012 by FinMark Trust sets out clearly the breakdown of its headline number of 5.7 million people, thought to be working in the informal sector in Zimbabwe.

As the report makes clear, 22% of those are unpaid, nine percent are paid in kind, 26% are temporary or seasonal workers and only 22% are full-time paid employees.

These are distinctions that the Zimbabwean government chose not to make clear and which the media in Zimbabwe also failed to clarify for its readers.

A clearer assessment of true employment levels, and the real tax revenue available from bringing more of the informal sector into the taxable economy would need to take this into account.