How many African states outlaw same-sex relations? (At least 34)

Attitudes to gay rights in Africa were in the spotlight during US President Barack Obama’s recent visit to Kenya.

Speaking at the State House in Nairobi, with Kenya’s President Uhuru Kenyatta looking on, Obama said: “With respect to the rights of gays and lesbians – I’ve been consistent all across Africa on this – I believe in the principle of treating people equally under the law.”

The UK's Guardian reported on Obama’s comments, writing that “Africa has been described as the world’s most homophobic continent with same-sex relations illegal in 36 of 54 countries and punishable by death in a handful”. This number was then tweeted by scientist and author, Richard Dawkins.

Is this the case? 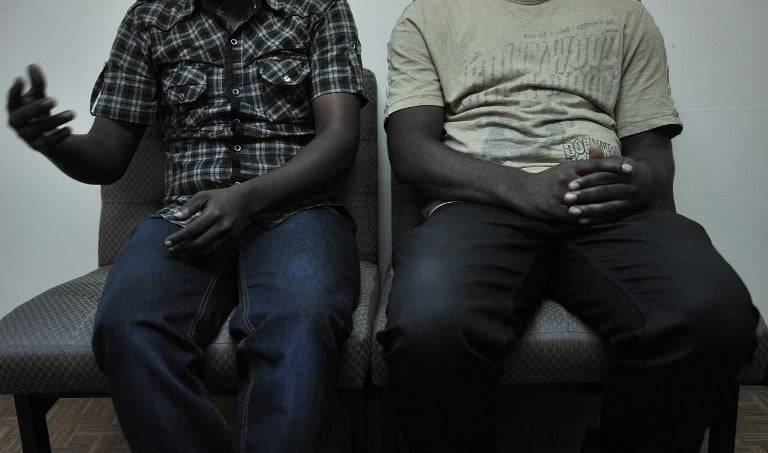 This picture, taken in January 2012 in the Kenyan capital Nairobi, shows a gay couple who fled deadly persecution in their home country due to their sexual orientation. PHOTO: AFP/TONY KARUMBA

The International Lesbian, Gay, Bisexual, Trans and Intersex Association (ILGA) compiles an annual report on laws that either criminalise, or recognise and protect, same-sex relations around the world.

Titled “State-sponsored homophobia”, the May 2015 edition of the survey lists 34 African countries where same-sex sexual acts are illegal.

According to Human Rights Watch, people in the Central African Republic engaging in same-sex sexual acts in public are punished more severely than their straight counterparts, with prison sentences of six months to two years and fines of roughly US$250 to US$1,000. (In contrast, general “indecent acts” committed in public by straight couples are subject to a prison sentence of one to six months, and fines of roughly $170 to $500.)

In Benin, the country’s Penal Code states that “any act that is indecent or against nature if committed with a person of the same sex under 21” will be penalised, while the general age of sexual consent is 13.

Both organisations list the death penalty for same-sex sexual acts in Mauritania and Sudan, as well as in twelve of Nigeria’s northern states and parts of southern Somalia.

What about Western Sahara? 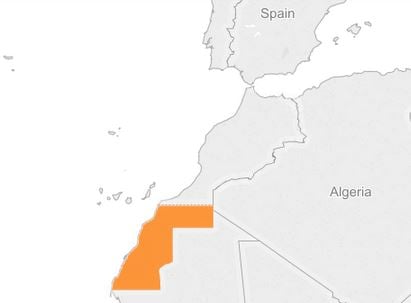 So the number of countries where same-sex relations are illegal is 34. Case closed? Well, not necessarily.

However, international democracy advocacy group Freedom House stated in their 2014 report on political rights and civil liberties that homosexual people in Western Sahara “face high levels of discrimination, similar to the situation in Morocco”, where same-sex relations between men are outlawed.

Leading groups on gay rights count 34 African countries that outlaw same-sex sexual acts. In two more, Benin and the Central African Republic, laws on sexual acts in public or with people under 21 apply differently to gay and straight people, but it’s not illegal for them to have sex in private or with people aged 21 and above.

Africa has 55 states that are recognised by either the AU or the UN or both. Information on anti-gay laws in Western Sahara is limited but it seems likely that it is outlawed there too.

How many countries in Africa? How hard can the question be?

As the world marks Human Rights Day on 10 December, Abubakar Malami claims the country has excelled in protecting journalists. Has it?

Does Nigeria have more cases of female genital mutilation than most other countries?