Nigerian first lady wrong to claim 70% of ministers are women

Nigeria’s first lady Patience Jonathan, trying to drum up support for her husband’s re-election campaign, told a women’s rally of the ruling People’s Democratic Party (PDP) in Kogi state earlier this month that 70% of the ministers in her husband’s cabinet are women.

“Jonathan looked at us and said, women, I am giving you the position of the chief justice of this country. [Finance minister] Okonjo-Iweala is a woman, [petroleum resources minister] Diezani is a woman. Seventy percent of his cabinet is women,” the president’s wife was quoted as saying.

At another rally in Sokoto, where Jonathan was represented by women’s affairs minister Zainab Maina, local press reported her speech stated that 13 women – less than half of the total – served in the 31-member Nigerian cabinet.

Of course, both cannot be right and Africa Check decided to investigate. How many female ministers does Nigeria have? And how does it compare with other countries in Africa? 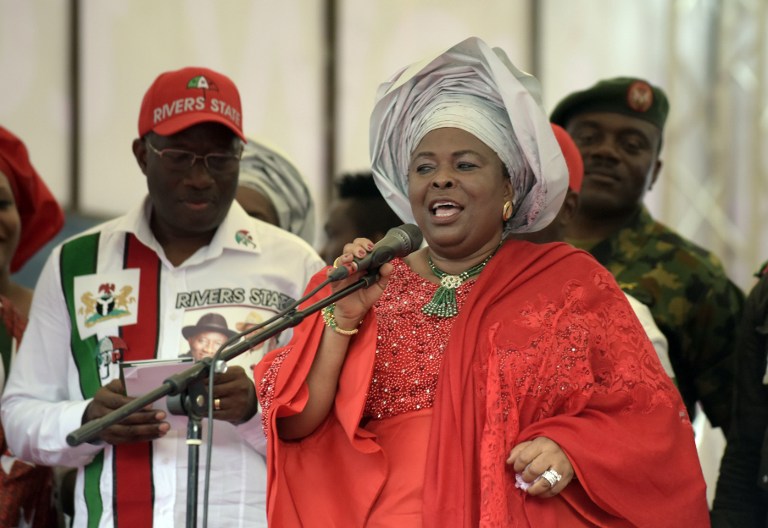 Taken against other parts of the world sub-Saharan Africa boasts relatively high levels of female political representation at the top levels of government, though this record is not matched lower down in government.

According to the 2015 Women in Politics map, the Cape Verde islands off the west African coast have the highest representation of women in ministerial positions on the continent, with nine out of 17 ministers (53%).

Globally, that is second only to Finland, where 10 out of 16 ministers, or 62.5% of its cabinet, are women. Several African countries are also well-placed. Among them are:

On average, 22.2% of African parliamentarians are women, putting the region ahead of Asia, the Arab States and the Pacific nations. 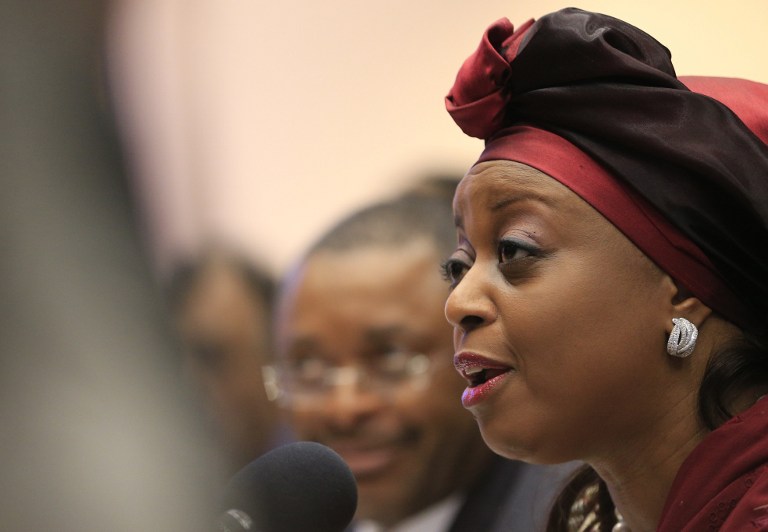 Nigeria’s efforts at increasing the proportion of women in politics do not rank highly on the continent, however.

In 2011 the Jonathan administration was credited with appointing women to close to 33% of cabinet positions. This was more than the 30% reserved for women under affirmative action guidelines contained in the National Policy of Women that was adopted in 2000. However, since then the number of women in top government positions has dropped.

The Women in Politics map suggests that, as of January 2015, only seven out of Nigeria’s current quota of cabinet ministers were women, representing slightly fewer than a quarter.

Nigeria’s constitution requires that at least one minister be appointed each of from 36 states, but some posts sit empty for a time and officials told Karen Jabree of the Inter-Parliamentary Union (IPU), which jointly produces the Women in Politics map, the country has 29 ministers at present.

A cabinet reshuffle on 18 March brought two new women into cabinet- and junior-level positions. As a result: “the current numbers of female ministers in the Cabinet of President Goodluck Jonathan is 12 as at date,” said Saudatu Mahdi, executive secretary of the Women’s Rights Advancement and Protection Alternative.

“There has been a marked improvement in the quantity (numbers) and quality (assigned responsibility) given to women in the government of President Jonathan,” Ms Mahdi said. “There was a definite shift from the trend of tokenism to one of reasonable equity.” Nevertheless, female representation still remains below 30%.


Conclusion: Both claims are wrong


Female representation in politics across Africa has increased in recent decades. But Nigeria, the continent’s most populous nation and largest economy, is not among the best performers.

The claims made by the first lady and the women’s affairs minister were important ones; all the more important as politicians of both main parties seek the votes of men and women across Nigeria in the run-up to Saturday’s presidential elections.

With 12 female ministers, or under one third of the current Nigerian cabinet, female, they were also both wrong.