Were two mermaids killed in the controversial "fire pool" of President Jacob Zuma’s home in Nkandla and taken to a research facility in Durban?

A picture posted on the EFF Supporter website - sourced from Nigerian website Gist Us - shows two female figures, lying head to snake-like tails on a display table. The face of the "mermaid" turned to the camera seems to be contorted in rigor mortis; her mouth agape and eyes frozen half open.

As if the president does not have enough headaches at the moment, the headline hurls another allegation: "President Jacob Zuma Accused Of Witchcraft!"

The leader of the Economic Freedom Fighters (EFF), Julius Malema, is even quoted as supposedly saying that Zuma is "using the mermaids to prevent him from losing his place in leadership".To

To this, a reader wrote in the comment section: "Why Julius Malema he is so against President Jacob Zuma? He is jealous or what? If he want to be a president why he should do something like this? Tjo I think he should mind his own business." 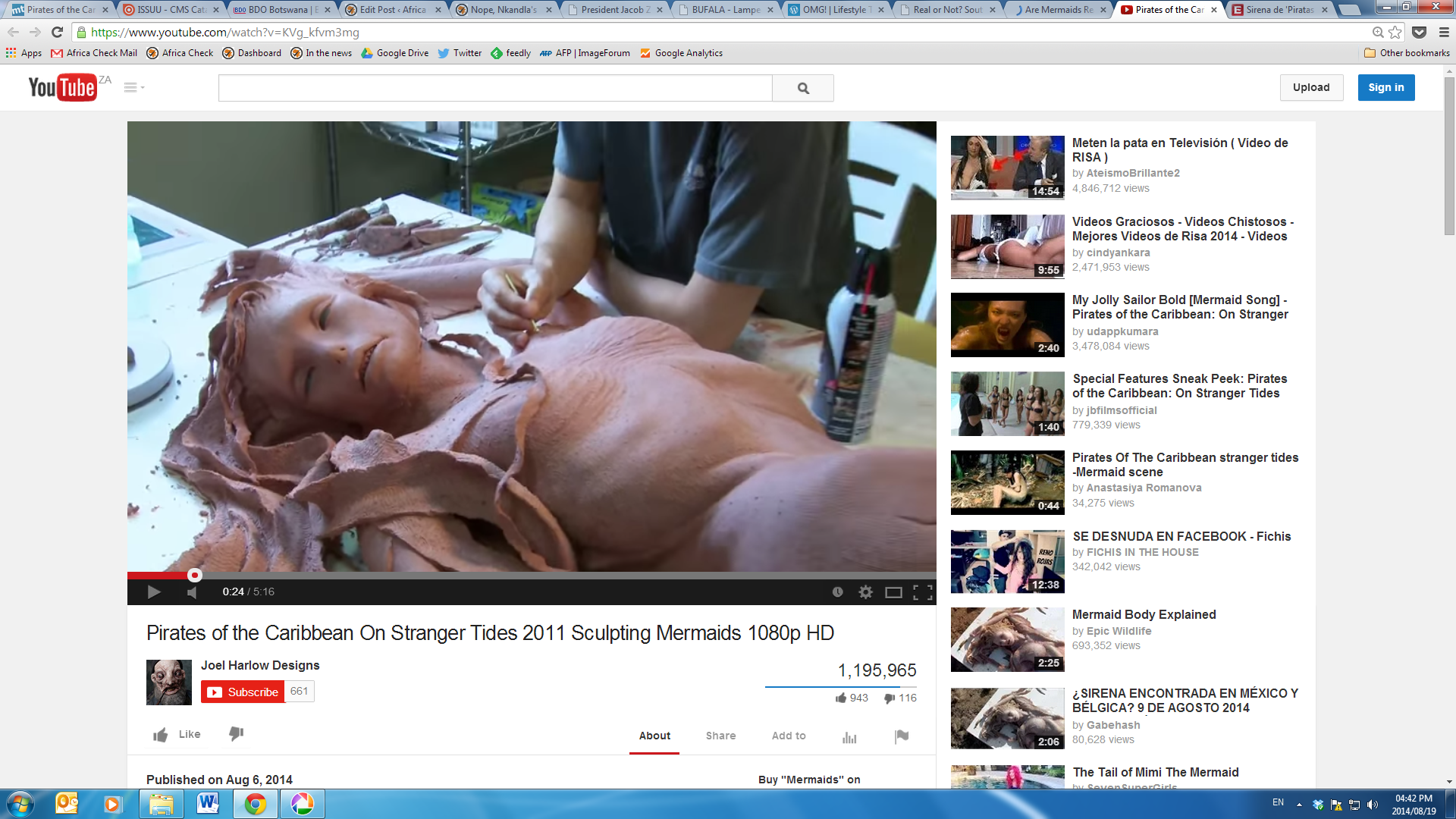 But Zuma can cross this "attack" from his list: These mermaids were actually props in the movie Pirates of the Caribbean: On Stranger Tides that was released in 2011. They are on display in the Jack Pierce Memorial Museum of the Cinema Makeup School in Los Angeles that opened last year.

Since then pictures of them have been circulating the globe as proof of mermaids' existence in Pakistan and India, among many others.

Watch the intricate sculpting of the mermaid props on YouTube.