Is President Jonathan right to say most corruption is just 'common stealing'?

A US-Africa summit last week opened with warnings about the toll corruption takes on development, sparking discussion about the extent of the problem in Africa and how it is defined. That’s an issue which Nigeria’s president has also been debating of late.

On May 5, Goodluck Jonathan responded to allegations that he is not doing enough to curb corruption among his ministers by claiming that most of what is referred to as corruption is not really that at all.

“Over 70% of what are called corruption (cases), even by EFCC (Economic and Financial Crimes Commission) and other anti-corruption agencies, is not corruption, but common stealing,” the president told national television, saying the corruption claims appeared “politically motivated”.

Barely two weeks later, Ekpo Nta, the chairman of the Independent Corrupt Practices Commission (ICPC), one of Nigeria’s anti-corruption agencies, told an audience in Abuja that “stealing is erroneously reported as corruption” even by “educated” Nigerians.

So was the president right to dismiss most corruption claims as being nothing of the sort? Africa Check decided to look at the definitions. 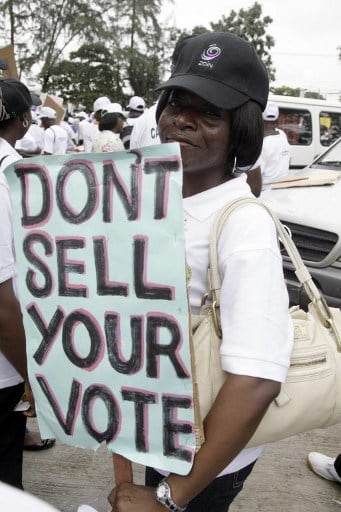 Put simply, while stealing can be defined as taking a person or organisation’s rightful property without their permission, corruption is not one but a whole range of misdeeds, the common factor in which is the abuse of a person’s office for personal gain.

As this attempt to define corruption makes clear, it can range from the petty corruption of junior officials – bribe-taking by police officers on the street corner for example – through high-level embezzlement and theft of public funds to the payment or receipt of bribes made to affect office-holders’ decisions in office.

The key difference with "common stealing" is that the people who break into a house and steal, have no authority over the house or property. And people who carry out a corrupt act do have that trust as a public office holder of some sort and abuse it for their own gain.

And it is this abuse of public trust that explains why civil society groups and others see corruption as a more serious crime than typical "common stealing".

How is corruption defined in Nigerian law?

So is the president right in terms of law? The answer is no. Under Nigeria’s Corrupt Practices and Other Related Offences Act of 2000, the term corruption does indeed apply to crimes such as the theft or embezzlement of public funds, but also to bribery, fraud and “other related offences”.

And in all these cases, it is corruption only if the person in question has carried out the offence through the office they hold.

Section 382 of the Nigerian Criminal Code, by contrast, provides a much simpler description of theft, unrelated to the role a person take in life. A thief is simply “a person who fraudulently takes … or fraudulently converts to his own use or to the use of any other person anything capable of being stole".

Is the pattern of corruption changing? 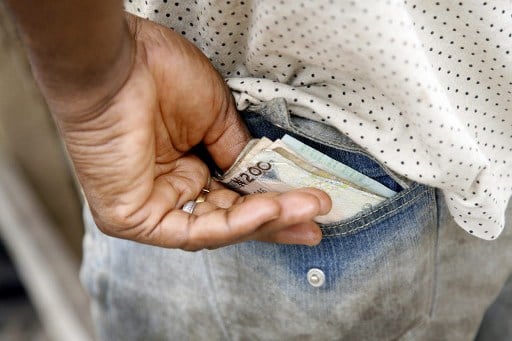 So the president is clearly wrong to claim that the theft of public funds by those in public office is simple theft, and not corruption.

But could he be right to say that the pattern of corruption is changing and that today “over 70%” of cases now relate to theft of public funds, not bribery and other such offences.

Here, there does seem to be some evidence of a trend. Speaking at the 50th anniversary of his old school, Ilesa Grammar School, Osun State, the 2005-2010 chairman of the ICPC, Emmanuel Olayinka Ayoola, said that the nature of corruption it uncovered had changed in recent years.

“The commonest form of corruption in Nigeria used to be bribery but in recent years, this has been overtaken in level of prevalence by embezzlement and theft from public funds,” he said,  though without providing figures.

Africa Check this week asked the EFCC to say what percentage of corruption cases they have investigated since 2010 would fall under the broad category of theft and embezzlement of public funds, and what would fall under bribery and other offences.

If or when they reply we will update this report.

Is the level of corruption changing? 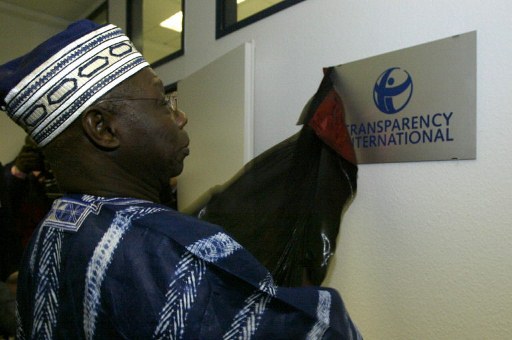 It is difficult to say. Many public commentators say that it is.

However Nigeria’s ranking in anti-corruption group Transparency International’s Corruption Perceptions Index - which lists countries based on how corrupt their public sector is perceived to be - is little changed from when Jonathan took over as president in 2010.

The way officials talk about crime matters. And President Jonathan’s claim earlier this year that more than 70 percent of corruption cases today relate to nothing more than "common stealing" appears to be an attempt to downplay what remains a massive problem in Nigeria.

It is also wrong in law. The theft of public funds through the abuse of an official’s office is different from "common stealing" because of the abuse of trust it entails.

And it is because it reduces the funds available for public spending, distorts the decisions made by office holders and undermines public trust, that corruption has such a negative effect on Nigeria’s development as numerous studies  have shown.

In the end, whether the pattern of corruption is changing – from bribery to theft of public funds – matters less than that the overall level of corruption appears not to have changed at all.