The claim ignored major concerns raised by the IMF

In the middle of last month officials from the International Monetary Fund (IMF) arrived in Malawi for talks with President Joyce Banda and other senior officials to review international donor funding arrangements.

Malawi depends on international donors for 40 percent of its national budget and the meetings came after weeks of damaging revelations and allegations of the theft of public funds amounting to around K20, equivalent to around $50 million.

Following the meeting, the presidency released a statement, snapped up in the media, declaring the whole thing a great success.

So was the presidency’s account of the meeting accurate? Was it the full story?

Why the meetings were important 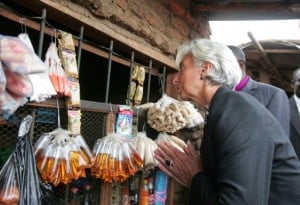 What happened at the meetings matters to Malawians because the country depends on international donors to provide around 40 percent of its annual budget, and because of how donors have reacted to the scandal that erupted in Malawi in September this year.

That scandal, known to the media as “cashgate”, flared into the open when an accounts assistant at the Ministry of the Environment and Climate Change was arrested allegedly in possession of over K120 million (or almost $300,000) of cash.

Days later, Malawi’s budget director was shot three times in what the presidency called a “planned and targeted attack” aimed at silencing him in his fight against corruption and fraud. Other reports claimed the budget director was involved in the scandal and his shooting was due to disagreements. Since then 26 people have been arrested in connection with the cases for obtaining money from government without supplying any services. They include civil servants and business people.

Estimates of how much has much has been stolen from government coffers in recent years (President Banda became president in April 2012) vary wildly from roughly K20 billion (about $50 million) to US$250 million.


Donor reaction to the scandal


Early last month, it was reported that several major donors to the Malawian government had withdrawn budgetary support following the revelations. It then emerged that the IMF had delayed until December a decision to provide Malawi with a further $20 million.

In the middle of the month, an IMF team, led by Tsidi Tsakata, held review meetings with President Banda and other senior officials from government, the Reserve Bank of Malawi, civil society and the private sector.

The IMF position is critical to Malawi, not only for the funds they provide directly but also since their view would be expected to influence other donors.


Presidency statement on the meetings 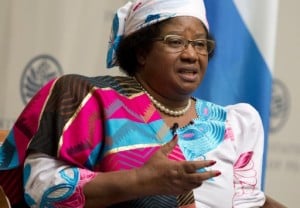 Following the meeting, the presidency issued a press release on the outcome.

“We are grateful for the support of the IMF in our shared ambition to build a better Malawi. There is still work to be done, but we are blessed with the generous support of the international community with whom we are committed to including in our journey towards stability, transparency and growth,” the government account read, according to media reports and a copy sent to Africa Check.

The statement declared that the IMF had welcomed President Banda’s commitment to economic reform and hailed initiatives made immediately after she took office in May 2012 including the introduction of a flexible exchange rate and the automatic adjustment mechanisms of fuel prices.

“In the coming weeks, the IMF will continue discussions with Malawi with a view to recommending to the IMF Executive Board the completion of the third and fourth reviews under Malawi’s Extended Credit Facility (ECF) arrangement,” the statement read.


What the IMF actually said


What the IMF actually said was somewhat different. A statement released by the IMF on their mission did indeed start out with praise for economic reforms initiated by President Banda.

“The policy reforms initiated in May 2012 have produced positive results,” it began, listing a number of initiatives.

“However, recent revelations that substantial amounts of public funds have been misappropriated through fraudulent transactions … introduced considerable uncertainty to the economic outlook.”

The statement explained a number of measures agreed with the government, but cautioned “Preliminary indications are that full and vigorous implementation of these remedial measures will lead to the return of some budget support, but still leave a sizeable fiscal gap.”

This gap will need to be met by spending cuts, it warned.

Crucially, the IMF statement points out that “a few outstanding issues remain” before it could it recommend to its board that the IMF funding is resumed.

“The mission will continue discussions with the authorities over the coming weeks on a few outstanding issues mainly related to budget execution. Once these are concluded, the mission expects to be in a position to recommend to the IMF Executive Board the completion of the third and fourth reviews … Completion of these reviews will enable Malawi to receive a disbursement of SDR 13 million (about US$20 million) from the IMF,” it says.


Conclusion: The presidency statement does not tell the full story


The Malawian government press release on the meetings was carefully worded, accurate only because of what it purposefully left out.

The press release focused on one paragraph which commended the current leadership for reforms made last year and leaving out the major concerns spelled out by the IMF.

It also failed to make any mention of the “few outstanding issues” that the IMF mission said remain, before it will be able to recommend a resumption of funding. It is these concerns, and the government’s commitment to address them, that will influence the IMF to release the funds.

This is information that Malawians are entitled to know. Unfortunately, the Malawi presidency decided to withhold it.

The claim ignored major concerns raised by the IMF