Will roads be Africa's biggest child killers by 2015? The claim is based on old, faulty data


"Road deaths are on the rise in sub-Sahara" ran the headline of a report in South Africa’s Mail & Guardian newspaper last month. “Road fatalities in sub-Saharan Africa are predicted to rise by 80% by 2020, according to a World Bank report,” the paper reported.

“Accidents on the road are expected to become the biggest killer of children between five and 15 by 2015, outstripping malaria and Aids,” the newspaper quoted the report (a working paper published in June) as saying.

A day earlier, the website of the charity SOS Children’s Villages ran with the same claims.

The report, both the newspaper and the charity noted, pointed out that seven countries – all ones with large populations – will account for almost two-thirds of road deaths in the region: the Democratic Republic of Congo, Ethiopia, Kenya, Nigeria, South Africa, Tanzania and Uganda.

Clearly, with both the general population and the volume of traffic on Africa's roads rising, fatalities would be expected to rise too unless major road safety initiatives are undertaken. But is it correct that road deaths will become the number one killer of children aged 5 to 15 by 2015? If so, does it mean spending priorities on public health and road safety should be switched around?

Where do the numbers come from? 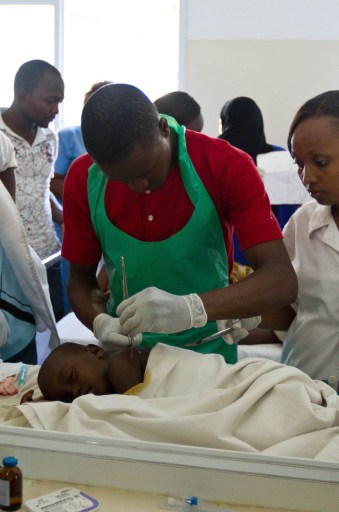 The World Bank report, or working paper, that is the source of both articles was published in June 2013. But, although it is relatively recent, the projections it makes on road traffic deaths date back to 2004 and were made using data collected in 2002. Neither the media nor the charity reports make this point clear.

As set out in the report, more recent evidence shows that as late as 2010 communicable diseases, which include such conditions as malaria, HIV/AIDS, tuberculosis and influenza, were still the leading killer of children aged 5–14 in sub-Saharan Africa, with non-communicable diseases, such as cancer and heart disease, second, general injuries third and road traffic injuries fourth.

Given this, the prediction made in 2004 on road deaths appears improbable. “It appears very unlikely the non-natural causes of death will exceed natural causes in the near future based on 2010 data,” as Professor Alex van den Heever from Wits University’s Graduate School of Public and Development Management told Africa Check.

An assumption no road safety efforts would be made

Another weakness in the claim on road deaths is that the projections were made on the assumption that no major action would be taken to reduce the number of road traffic deaths taking place around Africa over the following decade.

However, the Global Status Report on Road Safety 2013, released this year by the World Health Organization (WHO) found there had been no overall change in the number of people killed on the world’s roads as a whole over the past decade.

Given the rise in the world’s road traffic over this period, it attributed this to interventions to improve global road safety, including the UN's so-called "Decade of Action" on road safety, launched three years ago and due to run until 2020.

According to the report, the risk of dying a result of a road traffic injury is highest in the Africa region – at 24.1 deaths per 100,000 population – but falling in several major countries. 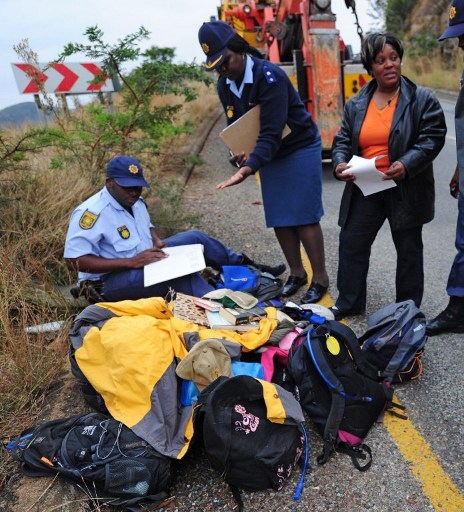 As the accompanying WHO fact-sheet on road safety in sub-Saharan Africa in 2013 noted cuttingly: “Data pertaining to road safety in the African region is still grossly inadequate for planning, implementing and evaluating road safety interventions.”

The road traffic deaths by age assessment was only completed in 12 out of the 44 in the region, it pointed out. The 12 countries are Botswana, Comoros, Central Africa Republic, Ethiopia, Ghana, Lesotho, Mauritius, Mozambique, Namibia, Seychelles, South Africa and Swaziland.

“The great majority of countries are still grappling with the lack of very basic data such as ages and sex of persons killed on the roads,” the report found. Most countries death registration systems do not cover all fatalities.

“Any resources that the countries might want to plough into interventions could be wasted if the agencies tasked with improving road safety lack data to help them plan. Countries cannot improve what they are not able to measure,” the WHO report said.

The country profiles section of the WHO report does provide some insight into how individual countries are progressing in tackling road deaths.

As the WHO says, and as we know from our blog on road safety in South Africa, it is important to be cautious about all this road safety and mortality data. But, if the individual numbers are unlikely to be completely accurate, the pattern is clearly not one of road deaths on the rise uniformly across the continent.

Conclusion: A prediction made on old and faulty data

While road deaths may well be on the rise in many countries, the picture across the continent appears to be mixed. The working paper published by the World Bank in June this year makes a crucial point about the importance of improving road safety. However, happily, the dire 2004 predictions about road deaths, made on the basis of 2002 data and the assumption that no action would have been taken to improve road safety, appear not to have been borne out.

Media and charities who publish articles based on such reports do need to verify the data used and indicate if the projections they quote were made almost a decade ago.

As Professor van den Heever told Africa Check.“It appears very unlikely the non-natural causes of death will exceed natural causes in the near future based on 2010 data.” The World Bank paper itself acknowledges that, important as they are, based on its findings, policy measures to cut road traffic deaths and reduce non-communicable diseases should not replace action to cut communicable diseases as priorities.