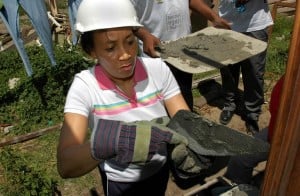 South Africa's new Human Settlements minister, Lindiwe Sisulu,  has claimed that the delivery of houses to the poor in the Western Cape has fallen by more than a quarter since the opposition Democratic Alliance (DA) took control of the province in 2009.

Speaking on 18 June 2014 in the country's parliament during a debate on President Jacob Zuma's post-election State of the Nation address, Sisulu claimed that housing delivery in the Western Cape had dropped by 30%.

It is not the first time she has made such a claim. In February 2014, during the debate on Zuma's pre-election State of the Nation address, Sisulu claimed: “The delivery of housing in the Western Cape [has] dropped by 25% since the DA took over. Statistics are there to show.”

Historical data of provincial housing delivery from 1994 up until the 2012/2013 financial year, which was provided to Africa Check by the Department of Human Settlements,  appears to support Sisulu's claim. An average of 17,925 houses were delivered each year in the Western Cape between 1994 and 2008.  Delivery has dropped to an average of 13,518 houses per year since the DA took charge of the province in 2009. This amounts to a decrease of around 24.5%.

While Sisulu’s claims were correct, it was misleading of her to cherry-pick the data to highlight the decrease in the Western Cape while ignoring decreases in ANC-controlled provinces. – Africa Check 19/06/14