No, David Cameron - Nigeria is not one of the 'two most corrupt countries' in the world 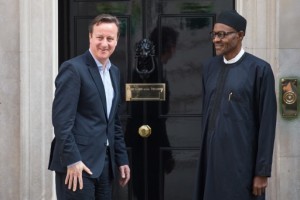 British Prime Minister David Cameron's remarks to Queen Elizabeth on Tuesday about corruption in Nigeria and Afghanistan were certainly embarrassing but were they  "a truthful gaffe", as the BBC reported, or did Cameron get his facts wrong?

On the eve of today's London summit on corruption, Cameron was recorded by television cameras as telling the queen that Nigeria and Afghanistan - two of the countries attending the conference - are "possibly the two most corrupt countries in the world".

Corruption a problem - but Nigeria not in the top 2

Given that Presidents Muhammadu Buhari of Nigeria and Ashraf Ghani of Afghanistan were both elected on a promise of tackling corruption, neither could seriously deny that corruption is a problem in both countries. And it is not possible for us to fact-check a term such as "fantastically corrupt". But are they possibly "the two most corrupt countries in the world"?

In 2015, Transparency International found North Korea and Somalia tied for the position of "most corrupt" country, with Afghanistan next, followed by Sudan, Angola and South Sudan, and Iraq and Libya in that order. Nigeria trailed outside the top 30 - coming 136th out of 168 countries measured.

Maggie Murphy, senior global advocacy manager at Transparency International told Sky News late on Tuesday that Nigeria certainly suffers from "rampant corruption" but that "Nigeria is perceived as less corrupt because it has more of the institutions to fight corruption in place and some of them are even working." Cameron was clearly wrong. -11/05/16

Is South Africa the most corrupt country in Africa, with Ghana & Nigeria on its heels?

Is President Jonathan right to say most corruption is just ‘common stealing’?