South Africa’s health system was “overburdened” by having to care for more people than it could afford, health minister Aaron Motsoaledi said at a nurses’ summit on 14 November 2018.

In an interview with SAfm’s Stephen Grootes the next day, the minister blamed this on inadequate funding and “the issue of foreign nationals”.

Grootes asked if there were statistics on the share of foreign nationals using public healthcare. Motsoaledi said the health department did not officially collect this data as it was a “very sensitive matter”.

But he did say he had “a lot of anecdotal data”, such as the number of “not South African” babies born at three public hospitals - two in Gauteng province and one in Limpopo.

The minister said he “did not want to raise any debate or storm” but was “just mentioning the facts which nurses are dealing with every day”.


Motsoaledi’s first example was from Charlotte Maxeke Academic Hospital in Johannesburg. He said “two years ago” it was accused of being one of three hospitals that turned away a pregnant “Burundian woman”, who later gave birth at an inner city train station.

The incident was “in June that year”, the minister said. But in May the hospital “helped deliver 700 babies – and 400 of them were not South African at all”.

Lungiswa Mvumvu, a spokesperson for Charlotte Maxeke, told Africa Check that in May 2016, the hospital recorded “838 births, 200 of which were to non-South African citizens”.

But the incident the minister was referring to took place in June 2017 not June 2016,  And the woman involved came from the Democratic Republic of the Congo, not Burundi.

In May 2017 the hospital said it listed 771 births, 381 of which were to mothers from outside South Africa.


Motsoaledi then told Grootes that “on Christmas, 60% of the babies” delivered at the Steve Biko Academic Hospital in Pretoria were “not South African”.

Maja said Steve Biko was a referral hospital, which took in patients suffering complications. For women giving birth, these complications could be a result of them not getting healthcare during their pregnancy.

“Most people sent to Steve Biko are usually in critical condition. Many are foreign nationals who do not go for prenatal treatment as they are undocumented and so they often have birthing complications.”

Steve Biko hospital spokesperson Lovey Mogapi told Africa Check that six babies were born in the hospital on 25 December 2017. Only one was to a foreign mother.


Motsoaledi also said that when the head – or MEC – of Limpopo province’s health department visited Messina (also known as Musina) Hospital recently, “out of 10 babies that were delivered, seven were not South Africans”.

We have not been able to confirm the date of the MEC’s visit with her office. But “on average per week, the hospital delivers about 21 babies”, department spokesperson Neil Shikwambana told Africa Check.

“Out of those, 11 are foreign nationals and 10 are South Africans.” Shikwambana could not tell us how this average was calculated.

At face value, that means more than half the babies born at the hospital are “not South African”. This is lower than the 70% claimed by Motsoaledi.

We asked Lorena Nunez Carrasco, an associate professor in the department of sociology at Wits University, if she could explain.

“It makes sense,” she said. “If you need to give birth and there is a better service right there, a few kilometres away, but it belongs to another country, then you would go.”

Messina Hospital in northern Limpopo is just 15 kilometres from the Zimbabwe border. It’s also within reach of people from Mozambique to the east, and Botswana to the west.


Do foreign mothers ‘flood’ South Africa to give birth?


Carrasco said there was “no rationality behind this idea that women are flooding the country to give birth”. Her areas of study include how social and cultural factors affect health.

There might be “a few cases”, but these were only in border cities. And, she said, the people who did migrate were often the physically strongest and often have family or some other connection to South Africa.

“You don’t have many frail or sick people migrating… migrants don’t make irrational decisions. To travel at eight or nine months pregnant is risky and costly.”

What of Motsoaledi’s examples from the two Gauteng hospitals? These were “not extraordinary” and in line with global averages, Carrasco said.

“One has to first take into account the size of the migrant population in South Africa. It varies from three to five percent of the total population.”

Gauteng was home to over a quarter (25.4%) of South Africa’s population, so most migrants were likely to live there, Carrasco said.


But how do officials know a baby is “not South African”?

Patients were identified as foreign nationals if they were unable to produce identification or proof of residence, or could not speak English or other local languages, the national health department’s Maja said.

But there were weaknesses in this approach, Jo Hunter-Adams, a researcher at the University of Cape Town’s Health Economics Unit, told Africa Check.

“Hospital staff would not necessarily recognise all South African languages and those who are ill may not be able to communicate.”


What impact do migrants have on the health system?


“At a national level, very little,” Jo Veary, associate professor with the African Centre for Migration & Society, told Africa Check. Among her research works is how health development in South Africa is affected by migration.

South Africa did have progressive laws, Veary said. But in practice migrants from elsewhere in Africa were not attracted to South Africa for the quality of its healthcare system.

“Individuals know that the system is not functioning at the level it should be, and people know that the treatment received as foreign nationals is poor.”

Hunter-Adams agreed that many migrants found it difficult to get public healthcare in South Africa.

She said there was a “national discourse” that encouraged “medical xenophobia”.

“The narrative that foreign nationals are a ‘burden’ to the South African health system seems to be an example of scapegoating, where migrants are blamed for broader systemic problems with the health system.” 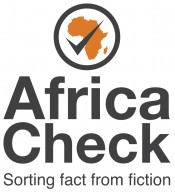 Foreign nationals’ kids born in South Africa can be denied citizenship, but foreigners may work in government