Photo of sunset at the North Pole? No, digital artwork online since 2006

An image of what appears to be the crescent moon above the sun, close to the horizon and both reflected in water, is doing the rounds on Facebook in South Africa – with the claim it shows sunset in the North Pole.

Let's do it again. Does the image really show sunset at the North Pole? 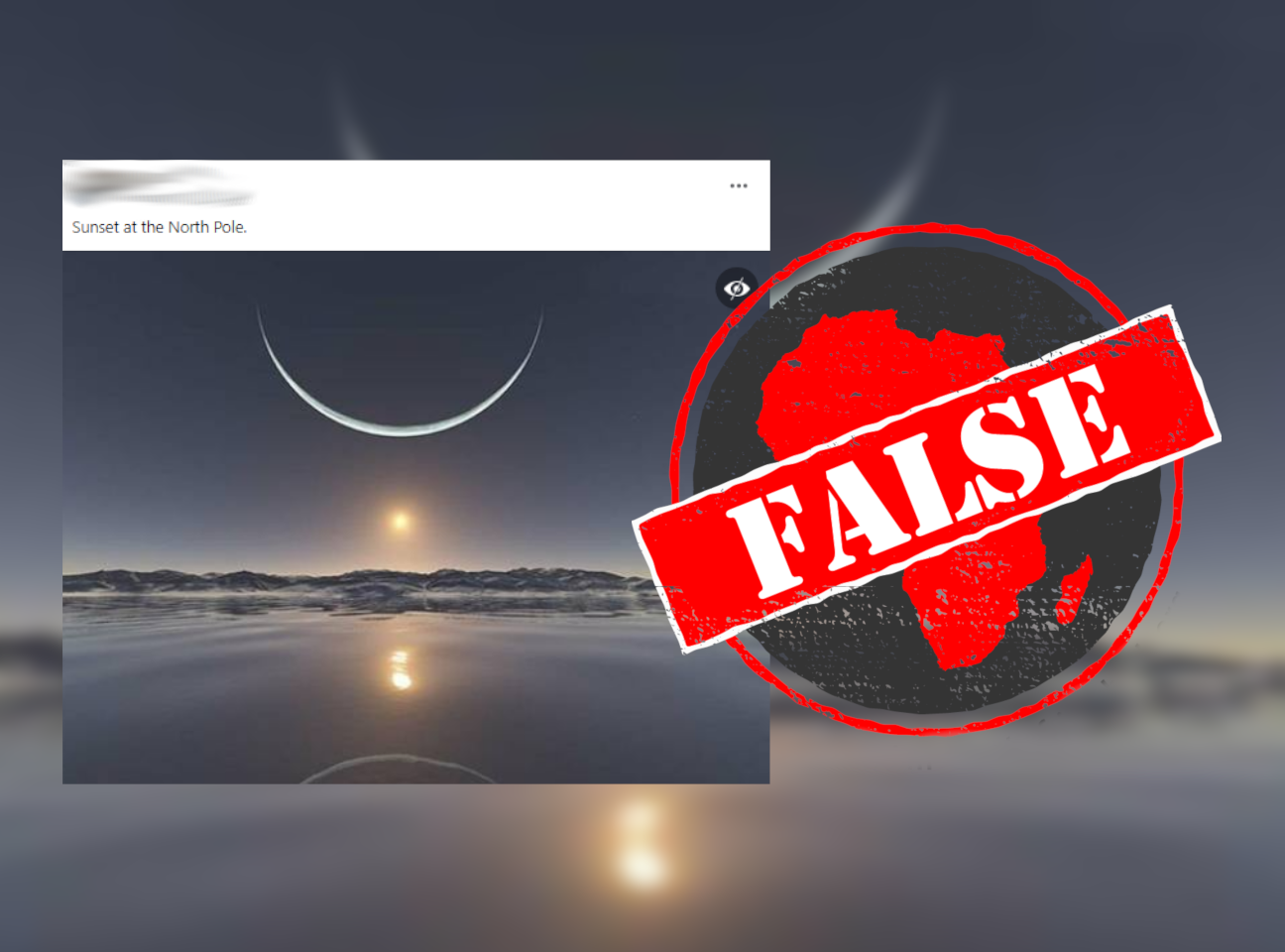 ‘It is of course not a photo’

A Tineye reverse image search of the image led us to the page of artist Inga Nielsen on DeviantArt, a US-based online art community.

Nielsen posted in 2007 that the image had been created with Terragen and Photoshop, both rendering software which can also be used to digitally manipulate photographs.

Nielsen wrote: “After someone spread it on the web as photograph of a ‘Sunset at the north pole’, this image became quite popular. It is of course not a photo and it does not show a place anywhere near the terrestrial north pole.”

The image was so popular online that it was featured as the astronomy picture of the day on 20 June 2006 by the US National Aeronautics and Space Administration, or Nasa.

The space agency said: “Is this a picture of a sunset from Earth's North Pole? Regardless of urban legends circulating the Internet, the answer is no.”

“The scene could not exist anywhere on the Earth because from the Earth, the Moon and the Sun always have nearly the same angular size.”

The image has been posted online since at least 2006. It does not show a real image of the sunset at the North Pole, but an artist’s creation made with the help of software.