A post on Facebook claims a Kenyan polling firm, Trends and Insights for Africa (Tifa Research), conducted a poll in Uasin Gishu county and ranked the candidates for the governor’s seat in the 2022 general elections.

“Kenyan envoy to Pakistan Julius Bitok has emerged as the most preferred Uasin Gishu gubernatorial candidate for the 2022 elections, research firm TIFA has said,” reads the post.

It goes on: “Bitok leads with 31.83% followed closely by Jonathan Bii with 28.76 per cent while Soy MP Caleb Kositany comes third with an approval rating of 19.78 per cent. Other contenders are businessman Buzeki and Nairobi County CEC Veska Kangogo.”

Kenya’s ambassador to Pakistan Dr Julius Bitok ran for Uasin Gishu governor in 2013 and 2017, and lost to Jackson Mandago both times. Bitok has confirmed that he will be contesting the gubernatorial seat in the 2022 elections.

But did Tifa Research conduct a poll in the county? 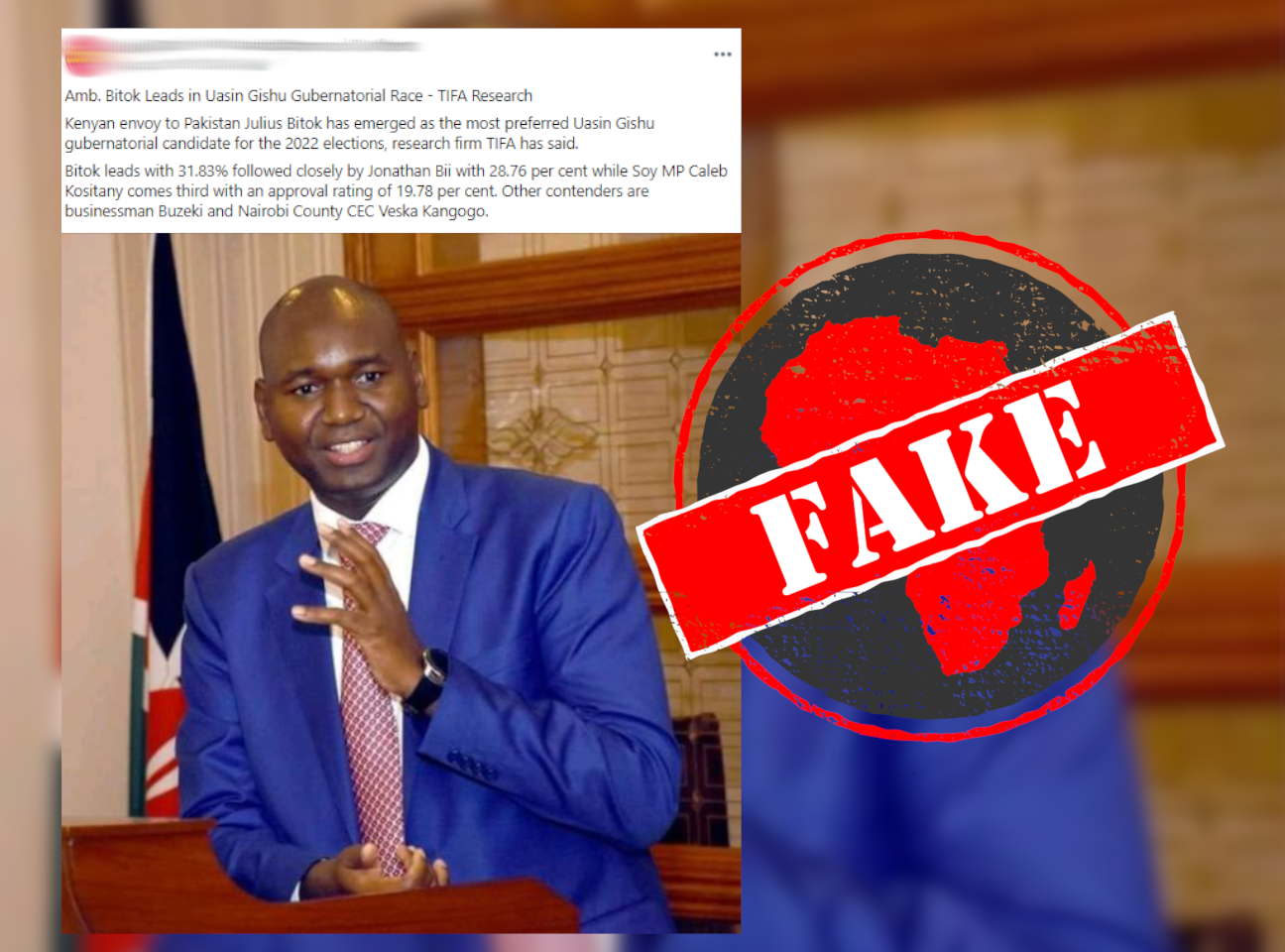 Survey not from Tifa

The research company usually releases its findings to the media, but no such survey has been reported.

“Tifa has not conducted any survey on the gubernatorial elections in Uasin Gishu County,” Faith Wambui of the company told Africa Check over the phone.

In the course of 2021, Africa Check has debunked a number of false claims about the ranking of politicians in Kenya. Beware of fake opinion polls.