A grainy video posted on Twitter on 3 August 2022 shows Kenyan deputy president William Ruto and another man sitting on the sunroof of a vehicle, surrounded by a crowd of people.

The people are waving placards and singing “yote yawezekana bila Ruto” – Kiswahili for “everything is possible without Ruto”.

Text at the bottom of the video reads: “MERU TO RUTO: GOODBYE”.

Meru is a Kenyan county about 223 kilometres northeast of Nairobi, the capital.

At one point in the video, Ruto is heard asking the crowd: “Na hii wimbo mlianza lini?” This translates as: “When did you begin singing this song?”

Ruto is vying to be Kenya’s fifth president in the elections that took place on 9 August.

But is the 25-second clip authentic? We checked. 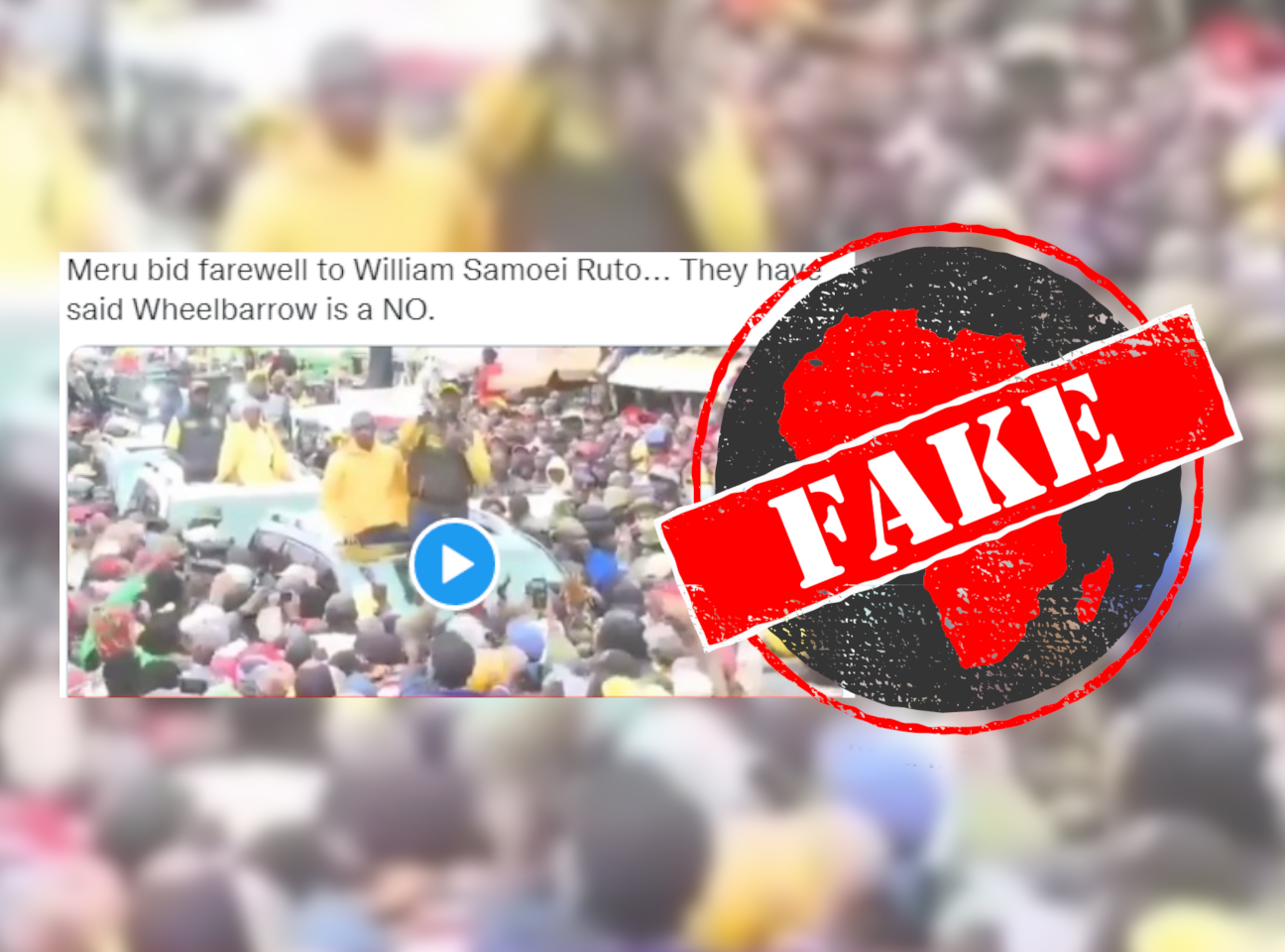 We took a screenshot of the video, cropping out the text, and ran it through a Yandex reverse image search. This led us to a longer video posted on the YouTube channel of the Kenyan TV station NTV on 28 July.

The Yandex link title reads: “DP Ruto hits out at Pres. Kenyatta; asks him to retire in peace.” On YouTube, its headline is: “Maua residents chant ‘yote yawezekana bila Uhuru’ in Ruto's rally.”

“Yote yawezekana bila Uhuru” is Kiswahili for “Everything is possible without Uhuru”. Uhuru Kenyatta is the current president of Kenya. He has served his statutory two terms, and has endorsed Ruto’s rival, former prime minister Raila Odinga, as his successor.

Ruto campaigned in Meru on 28 July.

We also typed the phrase “Meru to Ruto goodbye”, the text on the video’s lower third, in a search on Facebook. This returned videos with titles along the lines of “Meru to Uhuru: Goodbye”.

In the videos, the crowd is singing Kenyatta’s name, not Ruto’s.

The video’s text and audio have been altered.