South Africa “has been confirmed to be the rape capital in the world”, reads a message posted on Facebook in April 2021 and viewed almost 70,000 times so far.

“According to Interpol it’s estimated that a woman born in SA has a greater chance of being raped than learning to read,” it continues. “This is an alarming state, we can't pretend like all is well.”

There’s no denying that South Africa has high rates of gender-based violence. But could these statistics be true? We checked. 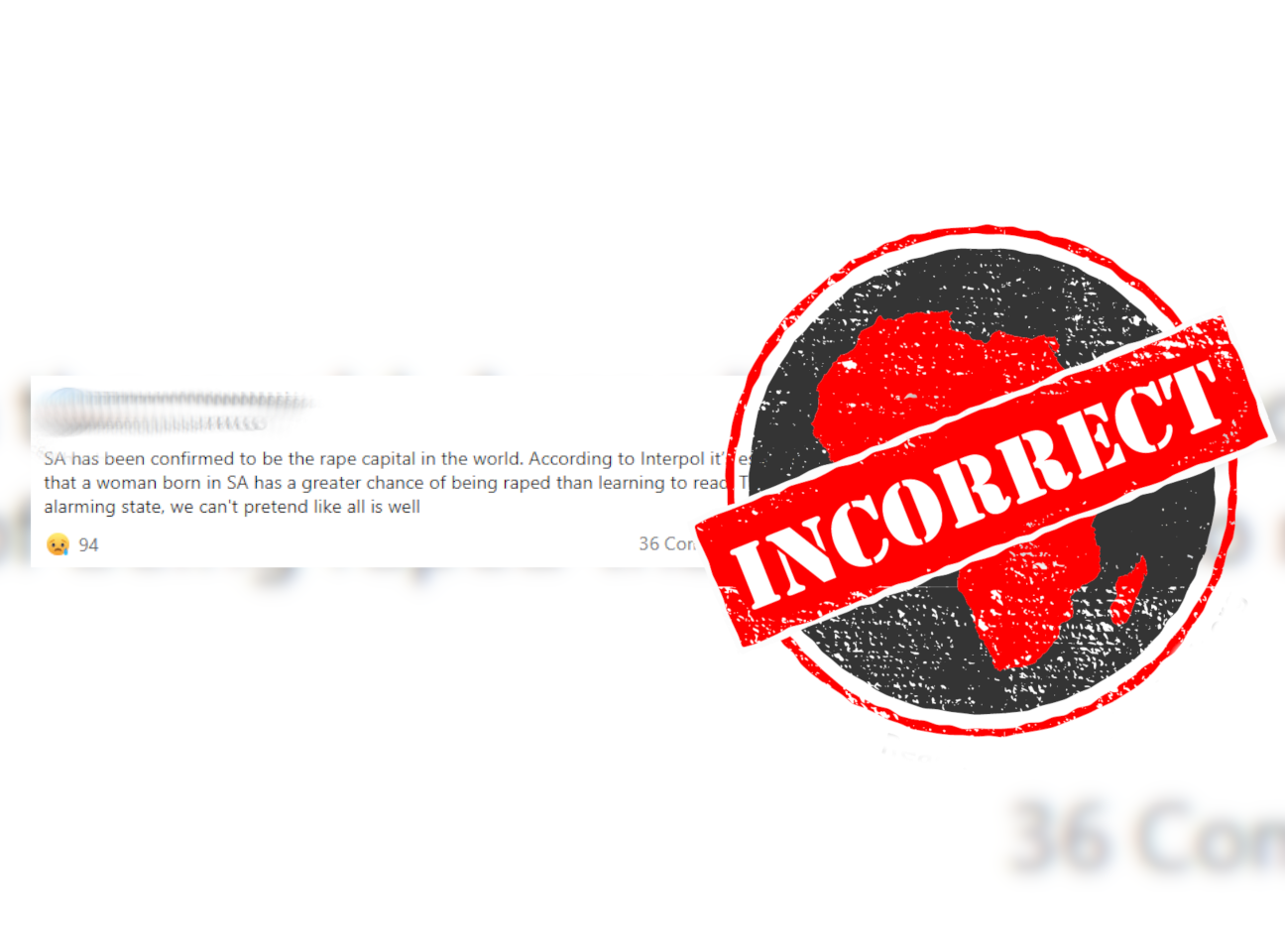 Claims that South Africa is the “rape capital” of the world have circulated online for over two decades. The ranking is often attributed to Interpol but the agency has denied making the claim. It previously told Africa Check that “false reports have been repeated by various media without verification”.

South Africa’s police recorded 42,289 cases of rape in 2019/20. To make a fair comparison with other countries, we need to compare like with like. But legal definitions of rape differ from country to country.

In South Africa, any person who – unlawfully, intentionally and without consent – sexually penetrates another person is guilty of the offence of rape.

In other countries, the law may only recognise the rape of women or may not recognise spousal rape. Countries also have different ways of counting and recording rape, making rankings difficult.

Underreporting is a third stumbling block. It’s well known that the rape statistics collected by the police are not an accurate reflection of the actual number of rapes. But many countries, including South Africa, do not have recent and nationally representative underreporting rates.

Given these variables, “no international comparisons will be accurate”, Lizette Lancaster, manager of the Institute for Security Studies crime and justice hub, previously told Africa Check. This means any claim that a country is a “rape capital” is flawed.

The Facebook message also says a woman born in South Africa has “a greater chance of being raped than learning to read”. This claim also has a long online history, dating back to 2002.

In 2010, Tom Moultrie, professor of demography at the University of Cape Town, debunked the claim. He described it as a “statistical horror”.

But according to the survey, 4.4% of women aged 15 to 49 had been “forced to have sex” in their lifetime. This is the latest national estimate.

The Demographic Health Survey was conducted again in 2016 but did not include a question on whether women had been forced to have sex. The survey estimated that 96.3% of women aged 15 to 49 were literate.