A graphic circulating on Facebook in late August 2022 attributes a controversial quote to Wafula Chebukati, the chair of Kenya’s electoral commission.

“When others were doing their campaigns across the country, others were making love with my commissioners. It was not my wish to say this but I have to say,” the quote reads.

But on the day of the announcement, four of the seven election commissioners – vice chairperson Juliana Cherera, Francis Wanderi, Irene Masit and Justus Nyang’aya – rejected the results, saying the final phase of the vote-counting process had been “opaque”.

Odinga has also disputed the result and has challenged it in court.

Then old photos of Cherera sharing cake with Mombasa county governor Ali Hassan Joho reappeared online, fuelling speculation that the four commissioners might have been compromised by Odinga’s camp.

Joho, a member of the ODM, is a senior politician in the Azimio coalition and a close ally of Odinga. 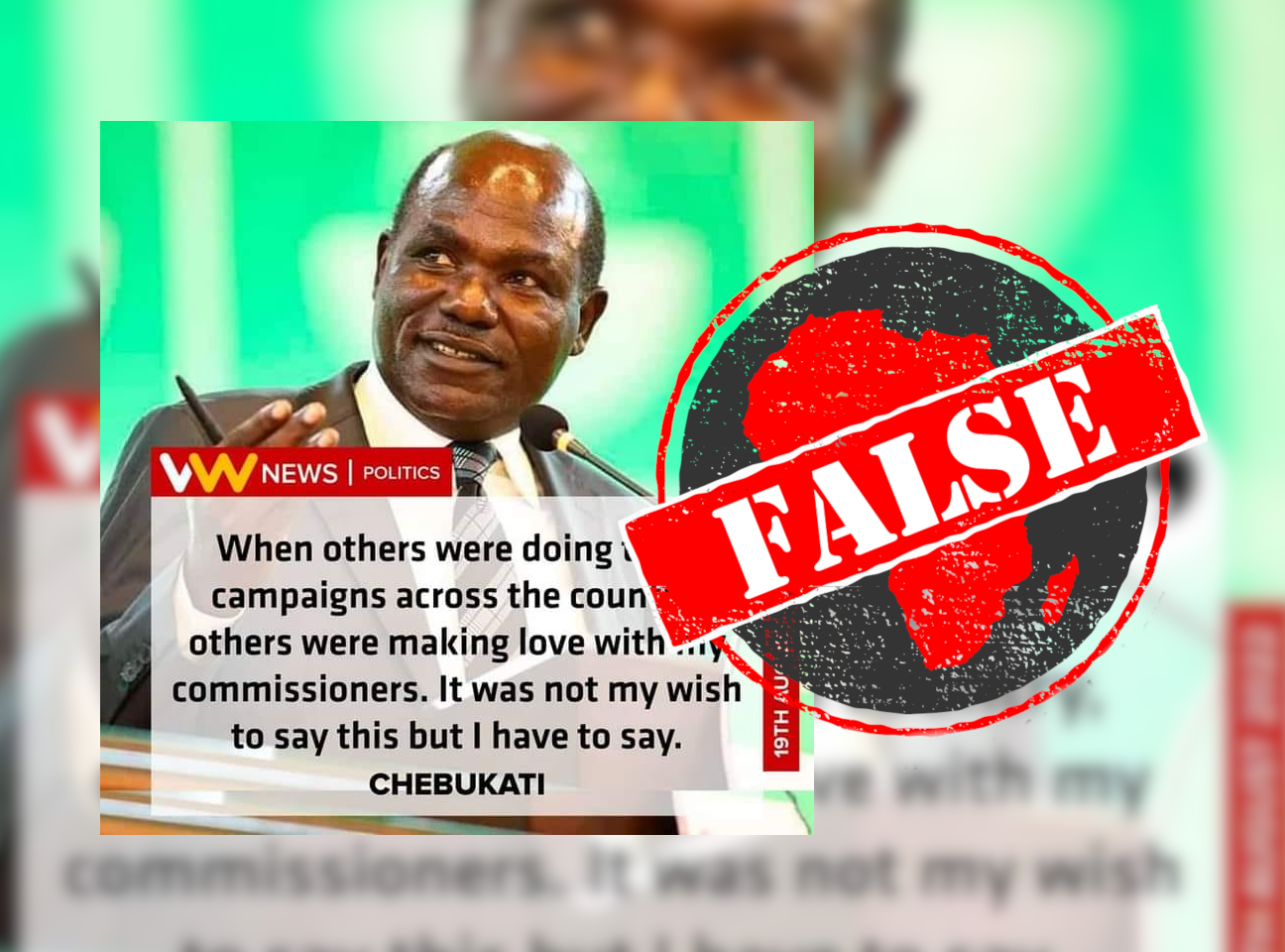 The electoral commission's mission is “to conduct transparent, e­fficient, and impartial elections; and undertake boundary delimitation for equitable representation and sustainable democracy”.

It would be extremely unlikely for its chair, seen as the face of the commission, to openly take a political side – let alone make such an explosive accusation – at a sensitive time while the results are being disputed in court.

The quote also would have been picked up by local media, and would appear in Google results. We searched for it but again came up empty.

In his media briefings before, during and after the election, Chebukati has strived to strike an impartial tone, even in the face of sustained attacks from both political sides.

There is no evidence the election commission chair said this, or that any media house quoted him as saying it.