No evidence three attackers in viral South African hijacking video are ‘Zimbabweans’ – and incident in Klerksdorp, not Tembisa

A video posted on Twitter on 20 July 2022 and retweeted more than 1,600 times so far shows a man next to a vehicle fighting off what seem to be three hijackers.

“This country is really getting out of control,” its caption begins. “Zimbabweans #tembisa.”

A voice in the video can be heard swearing in disbelief and saying “Klerksdorp guys never cease to ...” before trailing off into more swearwords.

Klerksdorp is the largest city in South Africa’s North West province, about 213 kilometres southwest of Tembisa by road.

The video also appears in a blog post headlined: “4 Zimbabweans Met Their Match In Klerksdorp; White Man Fights Off Highjacking With Big Knife”.

So does it show an attempted hijacking in Tembisa, or in Klerksdorp? And more importantly, were the hijackers from Zimbabwe? 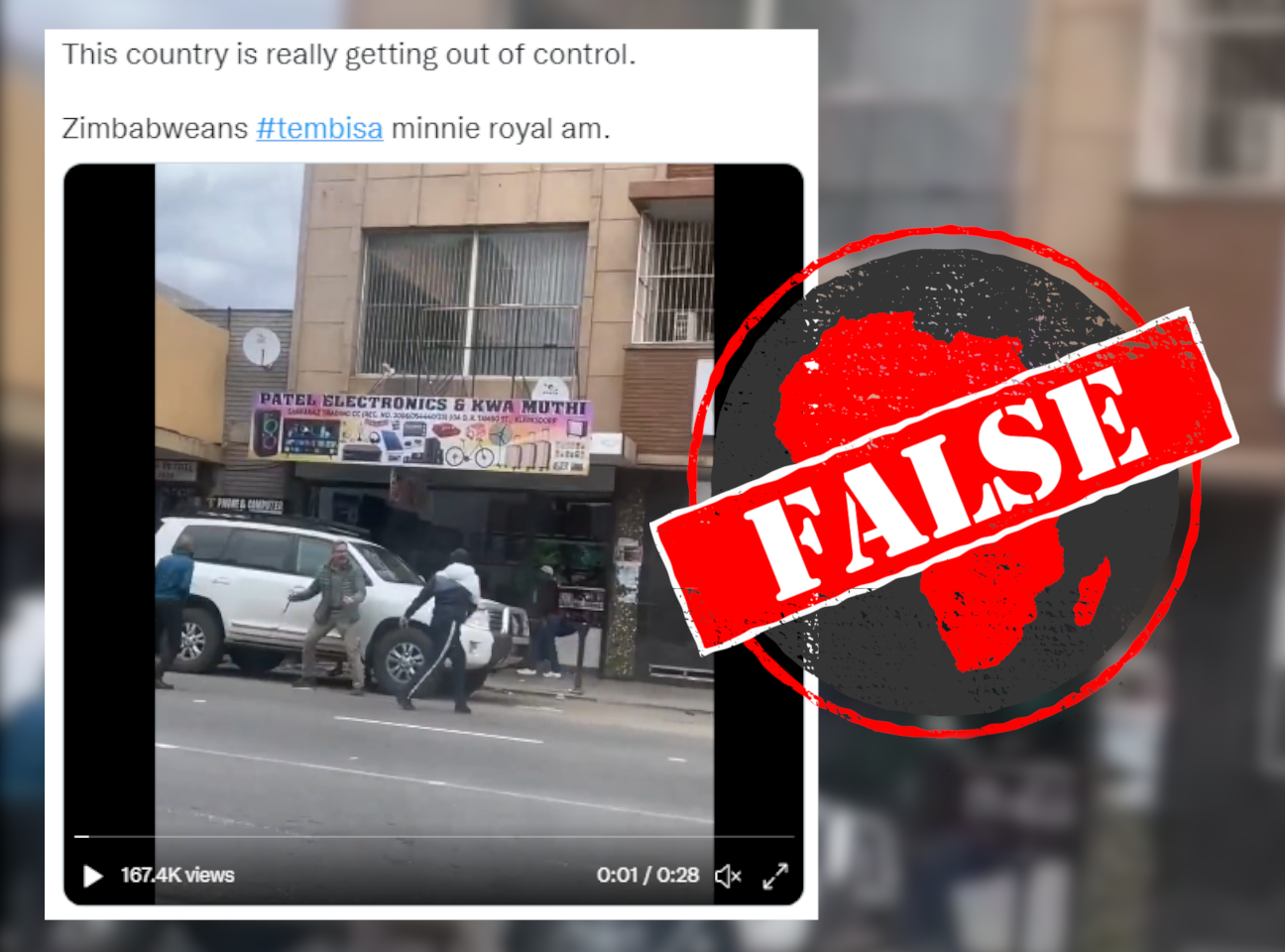 Xenophobia – sentiment against and attacks on Zimbabweans and other foreigners – has been a pressing problem in South Africa for many years. The United Nations recently called on the government to act against “escalating violence against foreign nationals”.

Several news organisations reported the attempted hijacking in the video. None of them identify the attackers as Zimbabweans.

ENCA reported that the incident did take place in Klerksdorp, and not Tembisa. Police said the victim had refused to open a case docket.

Thato Ledimo, the woman who shot the video and whose voice can be heard, told TimesLive that the attack took place at just after 9 am “opposite the home affairs offices in the Klerksdorp CBD”.

There is no clear evidence that the three hijackers in the video are from Zimbabwe.