IN SHORT: The death of the UK’s queen in September 2022 led to a number of false claims circulating on social media. And that Ghanaian universities would close for a week to “honour” Elizabeth is one of them.

A screenshot of Ghana’s president has been doing the rounds on Facebook in South Africa, with what seems to be a screenshot from a BBC broadcast.

The strapline below the image of Nana Akufo-Addo reads: “Universities in Ghana to be closed down for one week in honour of queen Elizabeth,” the strapline reads.

Akufo-Addo has served as president of Ghana since 2017.

Africa Check has debunked a few claims since the death of the UK’s longest serving monarch, queen Elizabeth II, on 8 September 2022.

It seems equally unlikely that this dated claim is true, but we investigated. 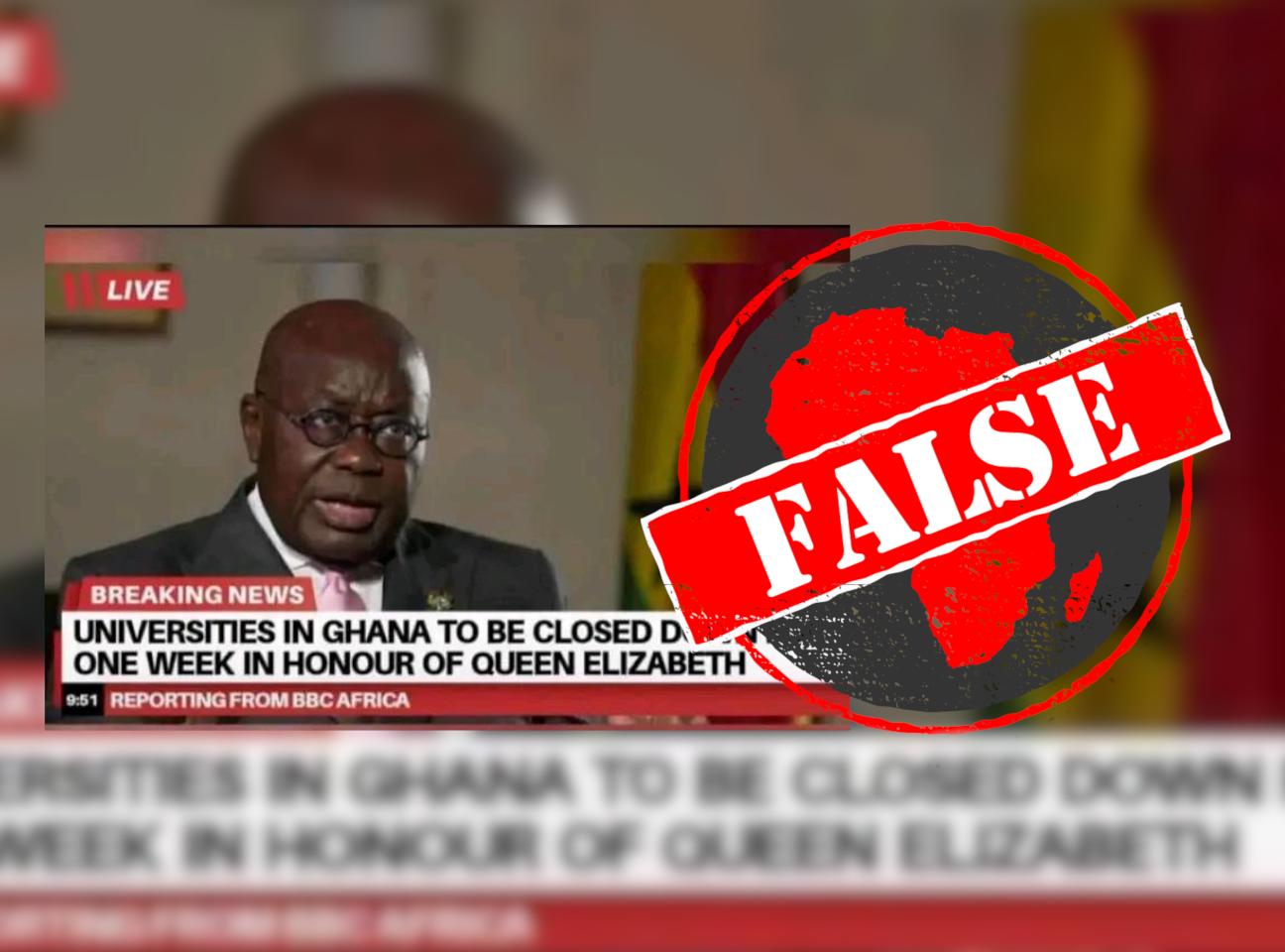 We first searched the BBC’s archives to see if we could find any report confirming this claim. We could not find any articles about Ghanaian universities closing to honour Elizabeth.

Next we searched for any evidence that Akufo-Addo said anything like this on his social media. We found one tweet where the Ghanian president gave condolences to the British royal family, but said nothing about university closures.

A reverse image search of the image of the president led us to the interview from where the screenshot was taken.

The interview with the BBC on 5 April focused on Ghana’s economy. It took place five months before the death of Elizabeth.

Reuters have fact-checked the same claim and the BBC confirmed to them that the screenshot in the Facebook posts was fake. The strapline was digitally manipulated.