South Africa has experienced several days of protests, looting and violence. The unrest began after supporters of former president Jacob Zuma called for him to be released from jail, where he is serving a 15-month sentence for contempt of court.

The unrest has also sparked a wave of misinformation and unsubstantiated claims. So is there any truth to the claim that a shark was stolen, along with 16 monkeys and five pythons, from “Durban Zoo and Aquarium”? 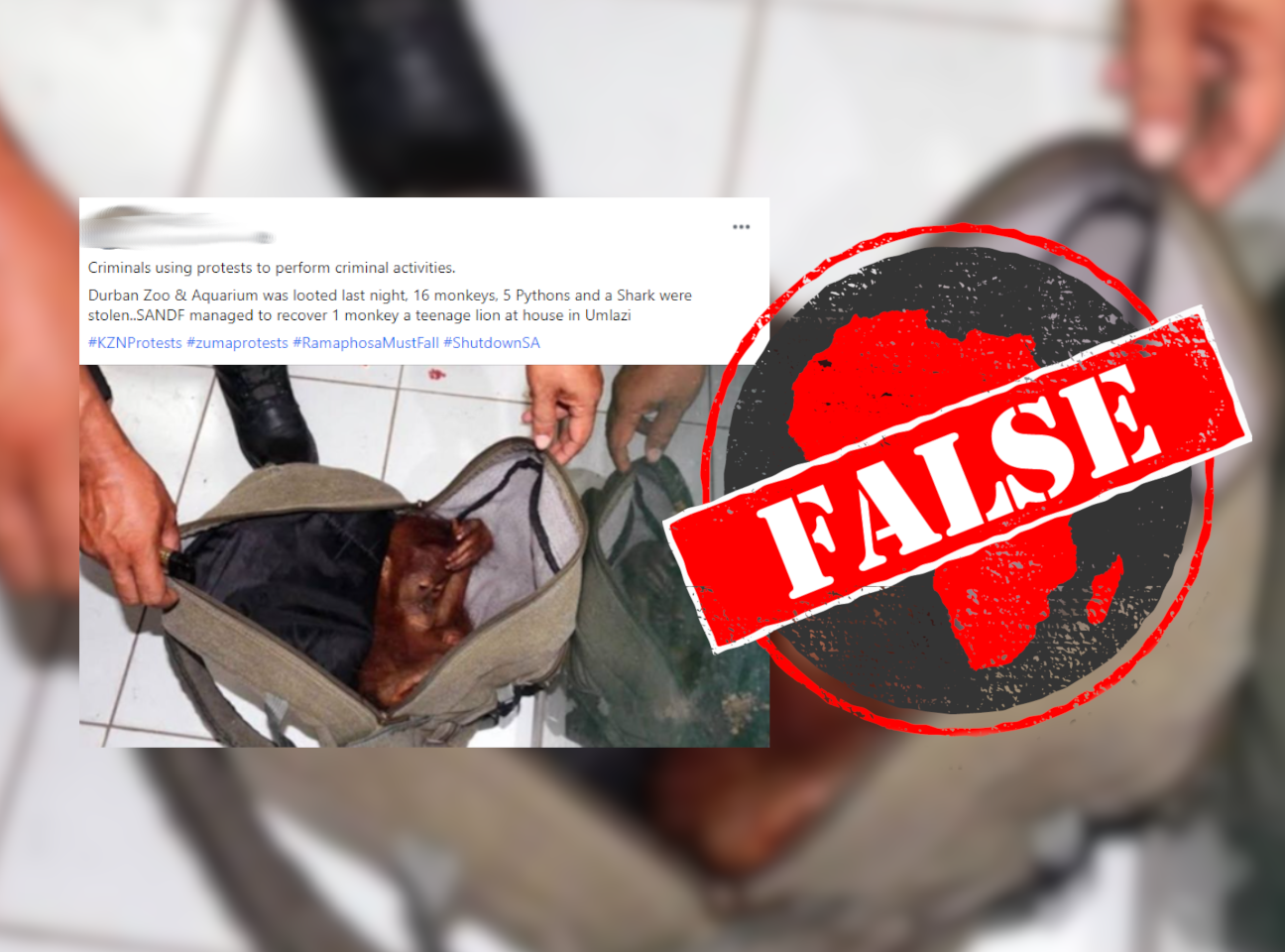 A number of Facebook posts, as well as several tweets and even TikTok videos, have claimed that a shark was stolen in Durban, the largest city in KwaZulu-Natal where the protests have centred.

Some claim that other animals were also stolen, and some claim that all of them were taken from “Durban Zoo & Aquarium”. But there is no facility with this name and no other wildlife centres in the area have reported animals stolen.

Africa Check contacted uShaka Marine World, a famous aquarium in Durban, and was told that it had not been looted, and that none of its animals had been stolen. A spokesperson also told us that uShaka was the only aquarium in the Durban area.

The spokesperson said that the cafe at Crocworld Conservation Centre in the town of Scottburgh, 59 kilometres outside of Durban, had been looted. But they were not aware of any missing animals at Crocworld, or of looting at any other wildlife centres nearby.

Africa Check reached out to Crocworld to confirm whether its premises had been looted, but we’ve received no response. Crocworld has announced on Facebook that it is temporarily closed, but has not said any of its animals have been stolen.

One Facebook post which posted about stolen monkeys included a photo. But it shows a Sumatran orangutan recovered from an illegal wildlife trader in 2015 in Indonesia.

There is no evidence any animals have been stolen by looters in Durban, South Africa, in July 2021.