In a video posted on Facebook, a man described as a “top doctor” and “virologist/pathologist and CEO of a lab that diagnoses illness” angrily denounces Covid-19 vaccines. He warns that “there are all kinds of side effects, not the least of which is death”.

As evidence of this, the man says: “The US Vaers system is now recording, depending on the day that they choose to correct their mistakes, between six and 12 thousand deaths directly due to the vaccine.”

He makes several other claims, but the claim that thousands of deaths have been attributed directly to Covid vaccines is the only one he gives a source for: the US’s Vaccine Adverse Event Reporting System, or Vaers.

Who is the man in the video? And does Vaers really show that thousands of deaths are “directly due to” Covid-19 vaccines? 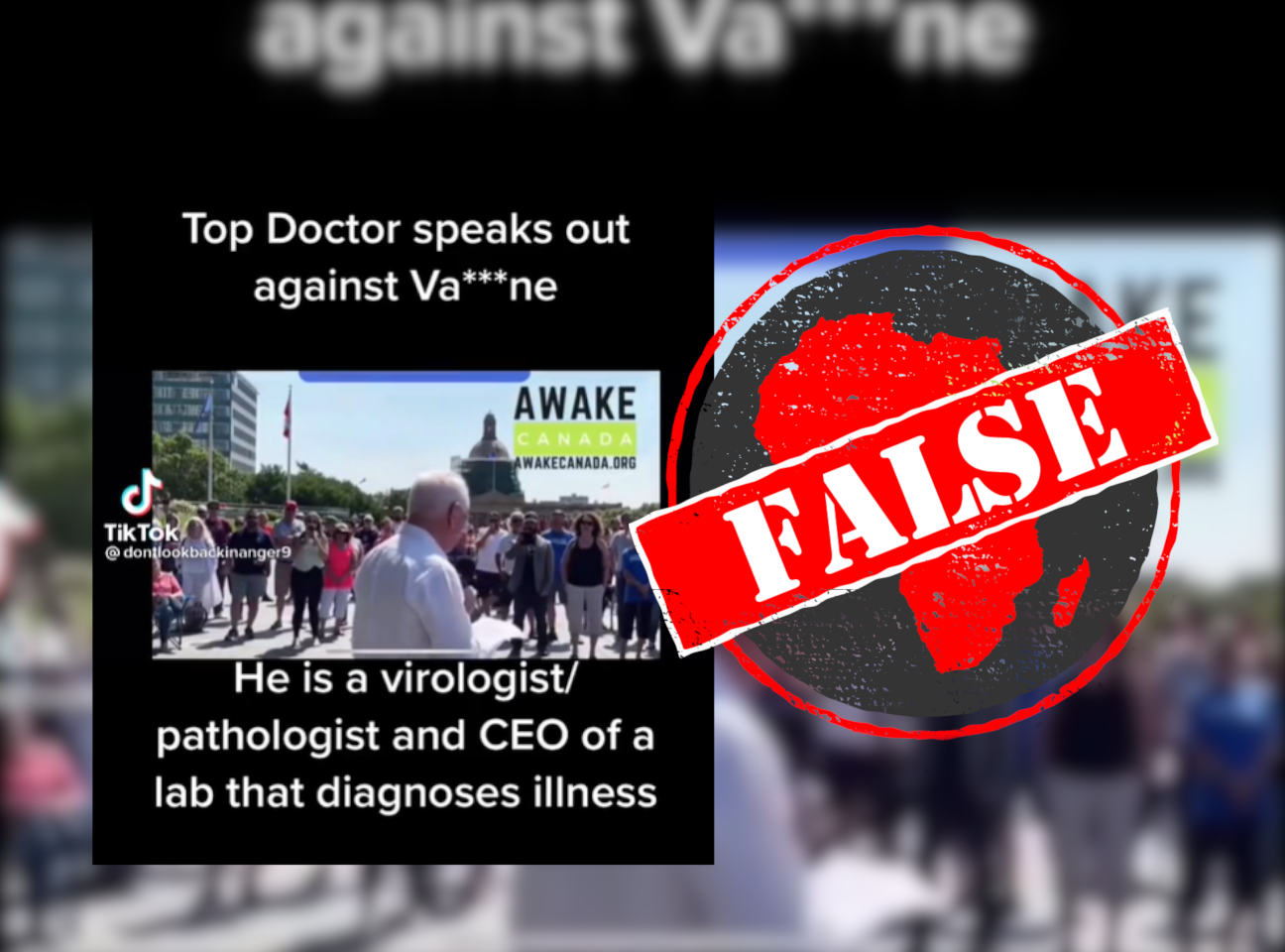 The logo for “Awake Canada” and the web address www.awakecanada.org appear on the top right corner of the screen. The website includes a page of videos under the header “Doctors Speaking Out”.

One of the links on the page, titled “Best Canadian Doctor Video Yet”, leads to a story describing the video on Facebook, although the actual video is no longer there. (The video does appear on archived versions of the page.) In the page’s comments section, the man in the video is identified as Roger Hodkinson.

We compared him to photos of Hodkinson on the websites of several companies he claims to be affiliated with. The man in the video is undoubtedly Hodkinson.

The video also appears on the website Rumble, under the headline “Dr. Roger Hodkinson BLOWS THE NARRATIVE APART!”

Hodkinson has made several false claims about Covid-19 in the past. AP News, for example, has fact-checked Hodkinson’s claim that Covid-19 is “just another bad flu”. It’s not.

As the US Centers for Disease Control (CDC) and other health organisations explain, Covid-19 and influenza are both respiratory illnesses, but they have different causes and symptoms. And while the mortality rate of Covid-19 is uncertain, it is thought to be substantially higher than flu.

Hodkinson has also been featured on the Jerm Warfare podcast, produced by South African cartoonist Jeremy Nell. Here he called Covid “the biggest hoax perpetrated on an unsuspecting public”. Nell is known for promoting conspiracy theories and harmful disinformation.

Hodkinson also repeats other disproven claims in the video, including the suggestion that vaccines against Covid-19 are still “experimental” and that their safety has not been demonstrated.

In order to be approved for use, any vaccine must undergo clinical trials to demonstrate that it is both safe and effective. Africa Check has written factsheets explaining how vaccines are approved in South Africa, Nigeria, and Kenya.

But is there evidence backing up Hodkinson’s statements about deaths caused by Covid-19 vaccines?

The system allows anyone to report any health event experienced after receiving a vaccine, including deaths. Deaths are typically reported by doctors after a patient dies.

But this is not the same as recording deaths “directly due to the vaccine”.

Africa Check has previously explained why claims about vaccine-related deaths are unreliable, as the numbers include deaths by suicide and drug overdose.

The CDC, which administers Vaers, clearly warns that Vaers reports have not been verified and “may include incomplete, inaccurate, coincidental and unverified information”.

Reporting something to Vaers is no indication it was caused by any particular vaccine.

It is normal for systems like Vaers to be used to identify particularly rare side-effects, but this does not mean that the vaccines are unsafe. The CDC says: “Other than rare reports of severe allergic reactions, analysis of Vaers reports has not detected any patterns that would indicate a safety problem with Covid-19 vaccines.”