A message shared on WhatsApp and Facebook claims that the BBC is cautioning WhatsApp users about a “dangerous video” about to be sent to their phones.

Part of the message reads: “From BBC radio this morning: If you know anyone using WhatsApp, you might pass on this. Be advised that a video comes out tomorrow from WhatsApp called Martinelli. Do not open it. It hacks your phone and nothing will fix it. Spread the word.”

It goes on to warn: “Also, if you receive a message to update WhatsApp to WhatsApp Gold, do not click. Please inform all contacts from your list not to open a video called the ‘Dance of the Pope’. It is a virus that formats your mobile. Beware it is very dangerous.”

The message has been spreading online since at least April 2020. None of the posts mention the date the information was supposed to have been broadcast by the BBC. There have also not been any mainstream media reports of “dangerous” “Martinelli” or "Dance of the Pope" videos spreading by WhatsApp.

So is there any truth to this? 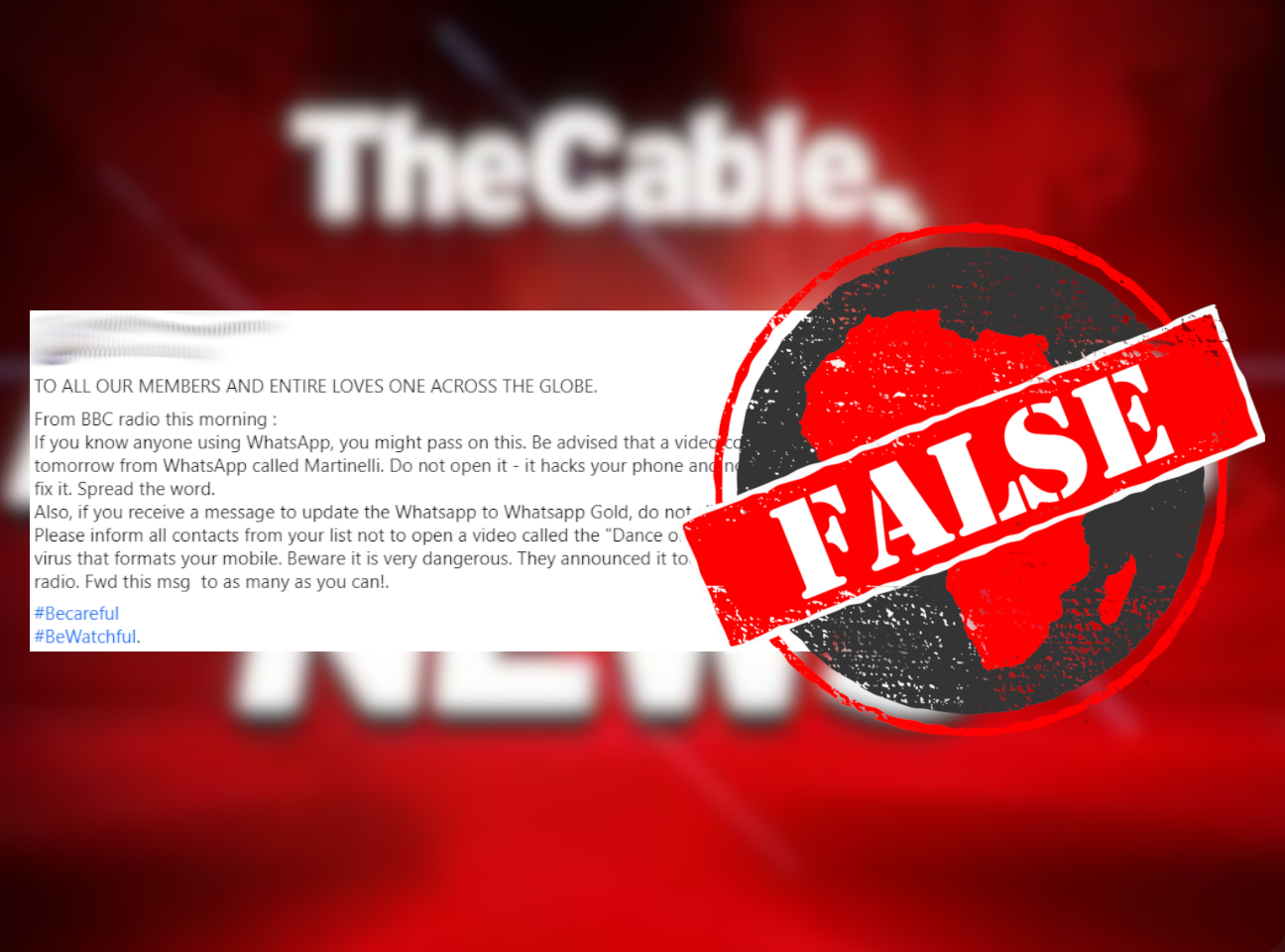 While the message itself might be a scam, the advice about “WhatsApp Gold” can be taken seriously.

Fact-checking organisation Full Fact found in July 2020 that while the videos don’t exist, users should not open any links claiming to offer WhatsApp Gold services, as their phones could become infected with malware.

International media have also reported on the WhatsApp Gold virus and Africa Check debunked a similar message in 2019.

BBC ‘did not broadcast anything similar’

Africa Check asked the BBC World Service if they had broadcast any part of the viral message.

“I can confirm the BBC, or ‘BBC radio’ as mentioned in the text, did not broadcast anything similar,” Dejan Calovski of the BBC’s audience relations department told us.

“However, it is probably best to advise people, as we do ourselves in similar instances, not to open attachments from unknown sources and watch out for scams,” he said.