Photos of baby with progeria from South Africa, not Kenya

In August 2021, Africa Check examined a series of photos, posted on Facebook in South Africa, of a baby with an unusually wrinkled face.

We concluded that the baby was born in South Africa and likely has progeria, which causes children to age prematurely.

The photos were circulating widely, with some unkind comments. The Daily Dispatch newspaper reported that the family of the baby’s mother had “called on the public to be sensitive to the child’s condition”.

But the photos have now resurfaced on Facebook in Kenya, with a false claim about where the mother and child are from. 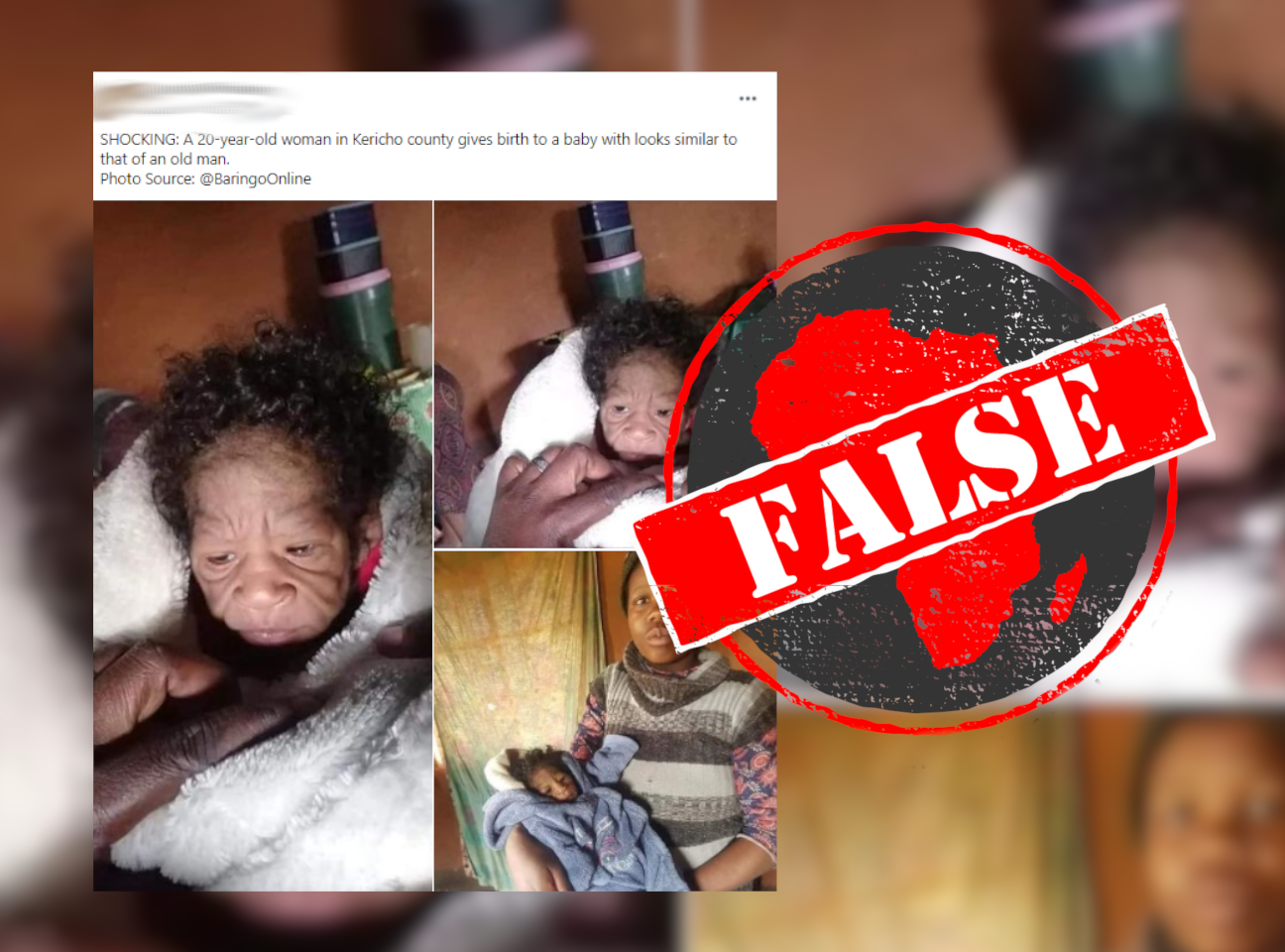 “SHOCKING: A 20-year-old woman in Kericho county gives birth to a baby with looks like that of an old man,” the caption to the photos reads.

Kericho county is in southwestern Kenya. The baby was born in Libode, a village in South Africa’s Eastern Cape province.

But what is progeria? According to the US National Institutes of Health, the rare genetic disorder – also known as Hutchinson Gilford syndrome – is caused by a mutation in the Lamin LMNA gene.

“The symptoms begin within a year of life with poor growth and weight gain. Children with progeria have a characteristic facial appearance with a large head, small mouth and chin, narrow nose and large eyes. Other symptoms include baldness, loss of fat under the skin, and dental and joint abnormalities."