IN SHORT: A video of a Spanish artist’s sculpture – what seem to be massive stashes of cash, but are in fact hand-painted resin – has been used in allegations of corruption against politicians in at least three countries.

Earlier in November 2022, Africa Check and the Nigerian Fact-checkers’ Coalition debunked a claim, posted on the job networking site LinkedIn, that a video showed huge piles of money stashed in a Nigerian politician’s home.

The politician named in the claim is senator Orji Uzor Kalu. He’s a former governor of Abia state in Nigeria’s southeastern geopolitical zone. He’s also the governing All Progressives Congress’s chief whip in the country’s senate, where he represents the district of Abia North.

We found that the video of cash in fact showed a sculpture created by the Spanish artist Alejandro Monge back in 2019.

But the video is also circulating on Facebook with a slightly different claim: that the cash was stashed by one Theodore Orji. Orji Uzor Kalu and Theodore Orji are not the same person.

Another is longer: “Theodore Orji, the former governor of Abia state, now a serving senator, the man talking in igbo said.. ‘How will they give him these kind of assignments to evacuate this money in this mid night and to where, these money are in dollars, pounds and euroes, no factory, no hospital, no bore hole for community where these money was hidden, just keep the money, he said the money is almost rotten by moisture and heat.’ God dey.”

Yet another doesn’t name any Orji, but uses the video to make similar allegations of corruption against Nigerian governors. 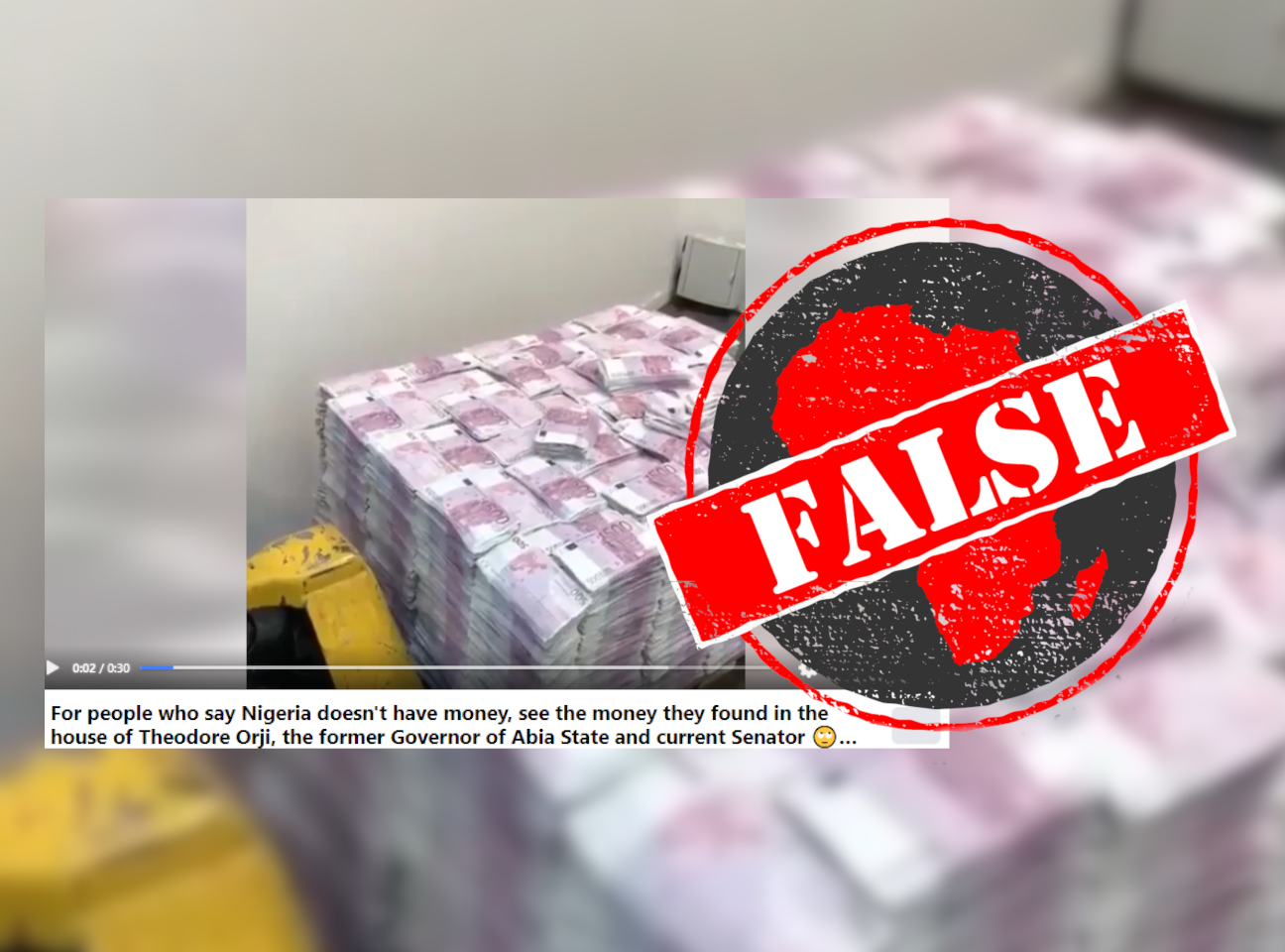 Theodore Ahamefule Orji was the governor of Abia state from 2007 to 2015. He’s currently the senator for Abia Central. He has also served as chief of staff to Orji Uzor Kalu.

In 2021, Orji was arrested with his sons Chinedu and Ogbonna for “alleged misappropriation of public funds and money laundering”, according to Nigeria’s Premium Times.

“The ex-governor was alleged to have received N500 million monthly as security vote for eight years as governor of Abia between 2007 and 2015,” the newspaper says.

But the video is not evidence of Orji’s alleged crimes. It simply shows a sculpture titled European Dream.

The video has also been used to accuse politicians of corruption in Cameroon and Russia. Again, it’s no evidence of any crime.

African Fact-checking Awards: Who entered what?