Still no cure for HIV

“There’s a cure for hiv,” reads a message on the Nigeria-based Facebook page “Hiv cure by dr maduike ezeibe”.

It adds: “The earlier you work towards getting cured, the better. Please don’t sleep on this opportunity today.”

It then gives a phone number where people can supposedly get more information about the “cure”.

The page is run by Maduike Ezeibe, a professor of veterinary medicine and clinical virology at the Micheal Okpara University of Agriculture in Abia, south-eastern Nigeria.

The World Health Organization estimates that 37.7 million people were living with HIV at the end of 2020. 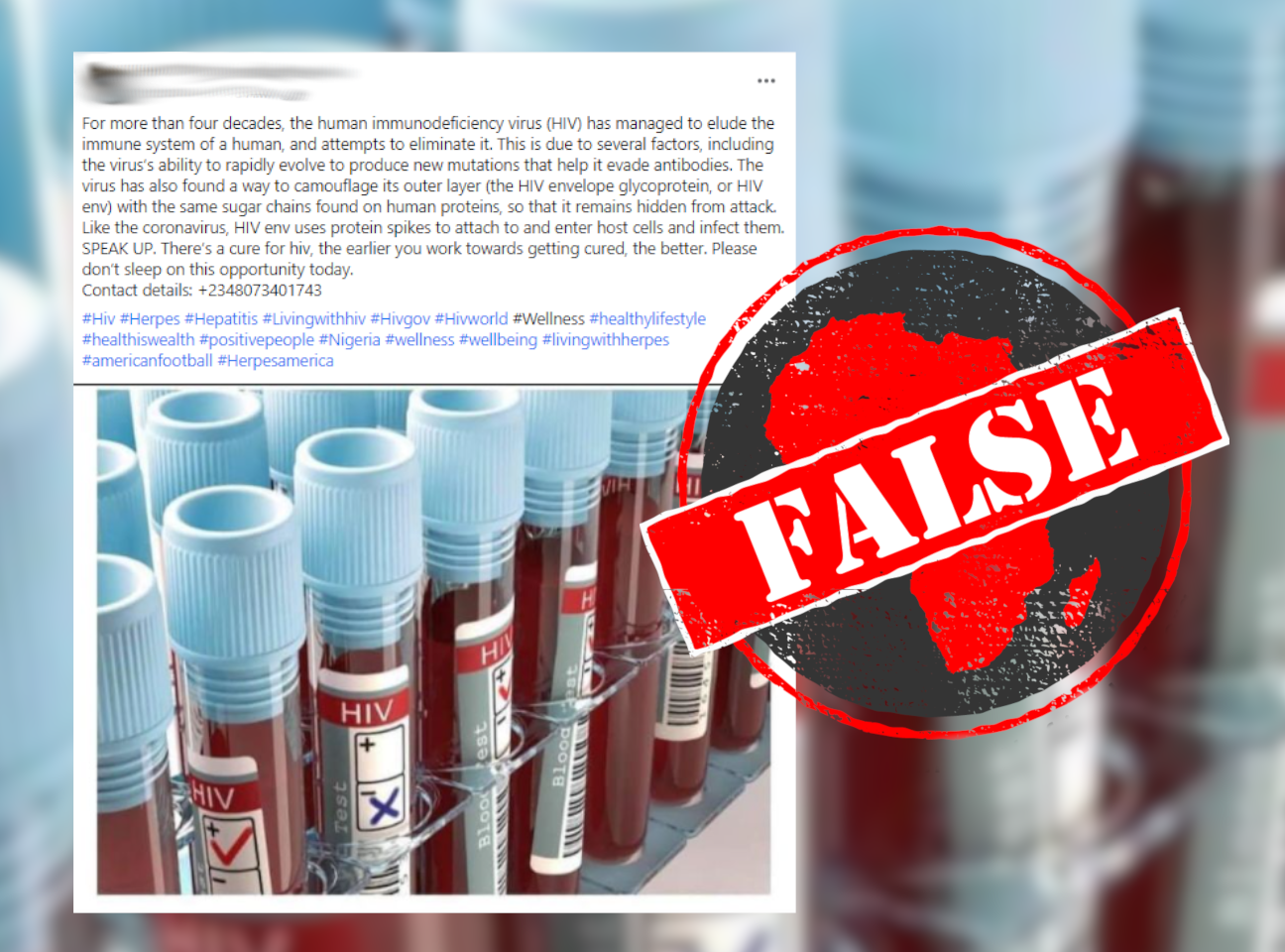 No known cure for HIV

There is no cure for HIV. This is backed up by UNAids, the Joint United Nations Programme on HIV and Aids.

Social media posts advertising fake cures for HIV and Aids are common, and Africa Check has debunked several of them.

HIV can be controlled with antiretroviral therapy. This prevents the virus from multiplying, which allows the immune system to recover.

A February 2017 article jointly signed by Nigeria’s National Agency for the Control of Aids and the Nigeria Centre for Disease Control discredits Ezeibe’s claims of an HIV cure.

Both agencies say the professor did not follow scientifically acceptable methods when testing his treatment.

"There was no evidence from the publication that the authors obtained ethical clearance from an appropriate body in Nigeria to conduct this study and only ambiguous evidence that informed consent was sought from the evidently vulnerable patients,” the statement reads.

The agencies urged researchers to follow legal and scientifically acceptable methods in conducting research, and to avoid making premature claims.

They also said people living with HIV should continue taking their antiretroviral medication.