South African social media users were quick to voice their suspicions when a tweet claimed 60% of their countrymates were debt-free. And they were right to doubt.

60% of South African consumers were living debt-free in 2021

Complete data on debt in South Africa is hard to come by, but there’s no evidence 60% of consumers are debt-free and it appears unlikely.

According to a September 2022 tweet from Africa Facts Zone, 60% of South African consumers were living debt free in 2021.

Given unemployment in the country reached a record high that year, and growth forecasts have remained grim, many social media users expressed disbelief. Several wanted to know how the statistic was determined. And some of our readers asked us to look into the figure.

Africa Facts Zone, which has more than 800,000 followers, has slipped up when sharing facts in the past. But it did quote a source for this stat on debt. Was it accurate?

The study found that 60% of South African consumers were living debt-free.

On its website, WhyFive says that BrandMapp surveys “economically active South African adults with access to the internet”. It studies the top 30% of South Africans by income.

Is it possible to draw conclusions about all South Africans when the survey was limited to people within a certain income bracket?

Brandon de Kock, director of storytelling at WhyFive, told Africa Check that the stat shared by Africa Facts Zone was “total nonsense”. “We have NEVER said anything of the sort and it’s an unfortunate statement of non-fact!” he wrote in an email.

De Kock repeated that BrandMapp was a study of only the wealthiest 30% of South Africans. WhyFive took pains to make this very clear, he said, “precisely so that people understand they can NOT simply say ‘South Africans’ when using BrandMapp stats”.

Debt free vs not ‘debt-stressed’

But even among this group of the wealthiest South Africans, the claim that 60% were debt free didn’t hold true. 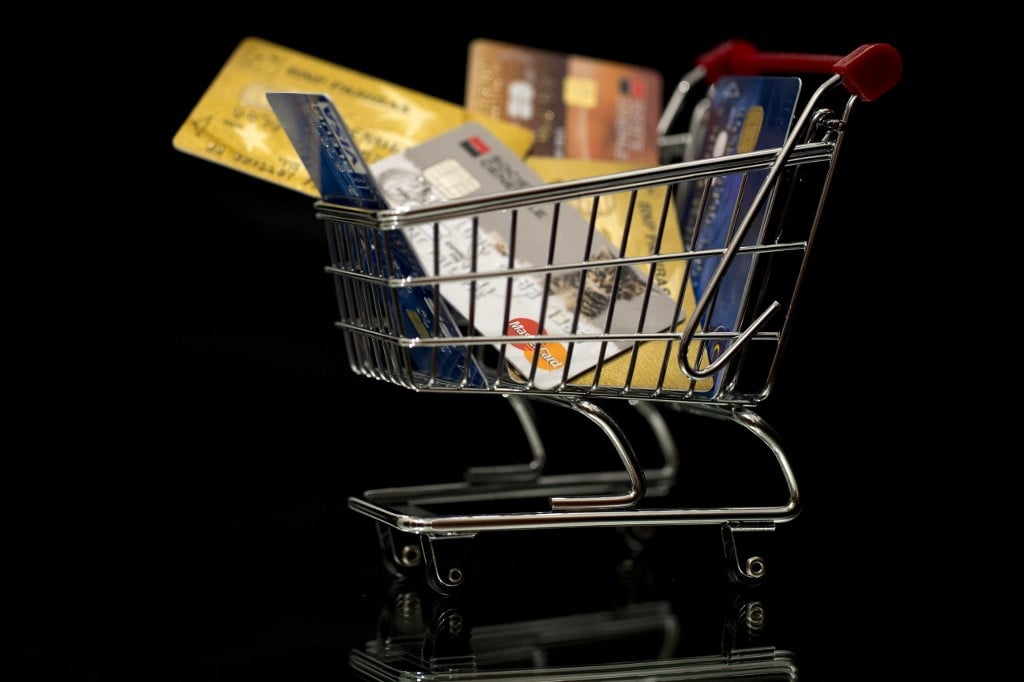 There is a difference between being “debt-free” and not feeling “debt-stressed”.

“Debt-stressed” consumers were those who told BrandMapp they were “nervous” or “very worried” about their debts, or that their debts were “out of control” and making their lives difficult.

The Banking Association South Africa (Basa) told Africa Check that “if you are ‘debt-free’ then you essentially do not owe anyone any money”. In contrast, “a person with debt is a consumer who owes money to credit providers in terms of their credit agreements”.

In 2022, only 22% of those surveyed by BrandMapp said that they were actually debt free. Most of these, De Kock said, were typically too young to have amassed debt, or old enough to have paid off their debts.

So the Africa Facts Zone account misquoted a statistic from the BrandMapp study.

Real proportion of debt-free consumers in South Africa hard to determine, but no evidence that it’s 60%

What do we then know about debt levels among South Africans in general?

A lack of data and clarity about who is a “consumer” makes it difficult to estimate how many consumers are debt-free.

WhyFive counts someone as a consumer if they are older than 18 and live in a household earning more than R10,000 a month (about US$540). Such a person would “consume all sorts of things ranging from food and drink to financial and banking services, mobile data, Netflix movies and social media”, De Kock told Africa Check.

South Africa’s National Credit Regulator (NCR), which promotes a fair credit market, told Africa Check that it defined consumers in terms of a credit agreement. This included, for example, people in a lease agreement, or anyone who borrowed money as part of a secured loan agreement.

Asked how many South African consumers are debt free, the NCR only told Africa Check that the country had 26.48 million active credit consumers, according to the first quarter 2022 “consumer credit monitor (CBM) report”.

This refers to the credit bureau monitor (or CBM), which has published a more recent second-quarter edition, recording a higher total of 26.52 million active credit consumers.

Credit-activity ‘not limited to debt only’

But credit-active consumers aren’t necessarily the same as people who have debt.

Didi Sebothoma, stakeholder relations officer for the NCR, told Africa Check: “Credit activity as defined in the CBM is not limited to debt only.”

It included other services which didn’t issue debt but overlapped with credit bureaus because they included similar obligations for customers to pay, for example a cellphone contract.

The CBM is made up of data collected from “credit providers, courts and utility service providers”.

Sebothoma told Africa Check that because CBM only collected data from registered credit providers, “the informal or illegal market has not been quantified”.

“It is possible and highly likely” that not all credit activity had been recorded, she said.

Africa Check could not find a reliable estimate of the proportion of South African consumers with debt.

In the first quarter of 2021, the NCR recorded 27.53 million “credit-active consumers”. By the last quarter of the year, the figure had decreased to 26.22 million. But it’s not clear what percentage of consumers this represents.

Using Statistics South Africa’s 2021 mid-year population estimates, Africa Check calculated that roughly 64% of all South Africans aged 15 and older were credit-active in the first quarter of 2021. This figure would have been 61% in the last quarter of that year. But as we’ve already explained, some of these “credit-active consumers” may not have been in debt, and not everyone 15 and older would be counted as a “consumer” by some definitions – including BrandMapp’s.

Because of the uncertainty surrounding these stats, we can’t draw any conclusions about debt rates across the country. But for all that we’ve tried to find an accurate estimate, there is no evidence that 60% of South Africans are debt-free.

Debt-free consumers may not qualify for credit

Debt rates are a small part of a complicated economic system. The Banking Association South Africa (Basa) told Africa Check that in order to issue credit in the first place “credit providers must conduct an affordability assessment, as prescribed by the National Credit Act” to check whether the consumer had income remaining after repaying all their existing monthly debt obligations and living costs.

This meant that even a debt-free consumer might not qualify for credit, and consumers with debt might find themselves unable to repay it due to factors that weren’t present when it was issued.

“With the recent cost of living increases,” Basa said, “consumers may not necessarily be able to repay all their credit agreements."

Conclusion: No evidence that 60% of South Africans are debt-free, in any wealth demographic

Africa Facts Zone, a Twitter account with more than 800,000 followers, recently claimed that 60% of all South Africans were debt free in 2021. It named BrandMapp, an annual study by a South African consumer research company, as its source.

But the BrandMapp study only surveys a particularly wealthy portion of South Africans and its findings cannot be applied to the general population.

While it’s difficult to determine the exact number of South Africans who were debt free in 2021, there is no evidence to suggest the figure is as high as 60%, especially when a struggling economy is also considered.

60% of South African consumers were living debt-free in 2021

Complete data on debt in South Africa is hard to come by, but there’s no evidence 60% of consumers are debt-free and it appears unlikely.

In South Africa’s post-coronavirus budget, more than half of tax revenue goes to public servant salaries