2014 in review: A turbulent year in South African politics

Over the past twelve months, Africa Check has fact-checked the accuracy of a wide range of claims made by politicians, political parties and public institutions.

We have looked at claims about crime, education, unemployment and political achievements. We have exposed cases where politicians cherry-pick and spin data. We have investigated dodgy (and not so dodgy) qualifications.

And, on the lighter side, we have even revealed the truth behind a strange conspiracy involving mermaids and the “fire-pool” at President Jacob Zuma’s Nkandla mansion.

“A good story to tell” 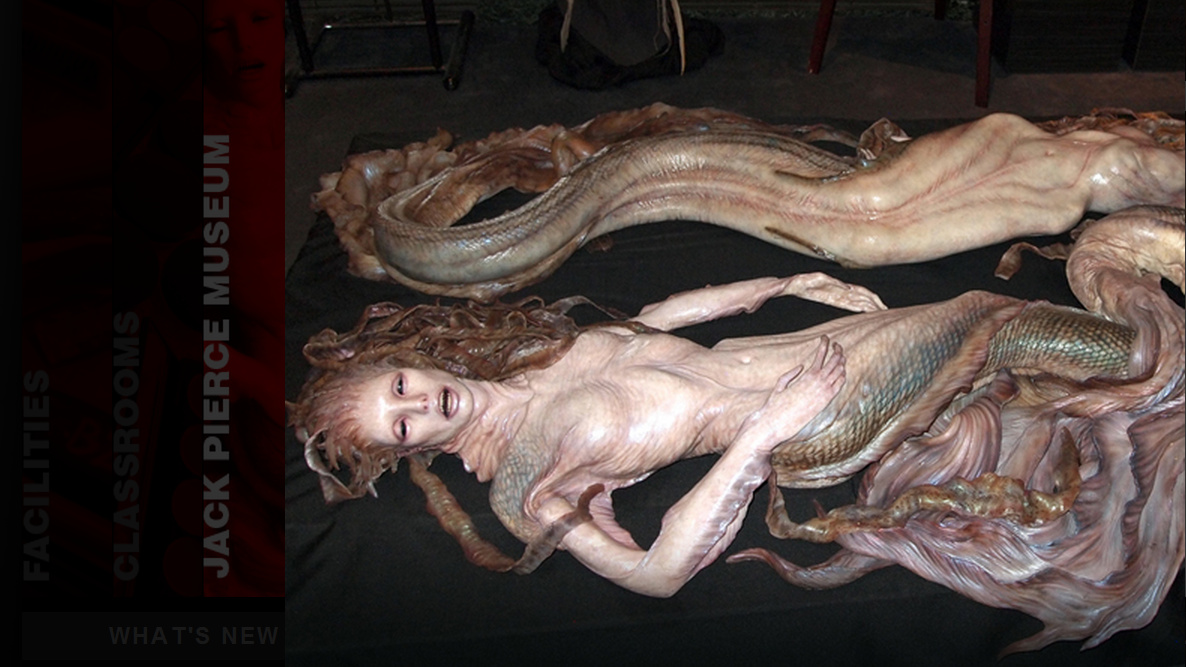 On May 7, South Africans went to the polls in an historic election marking twenty years since the country’s first democratic election in 1994.

Despite being mired in corruption scandals and facing criticism over high crime, unemployment, and poverty, the African National Congress insisted it had a “good story” to tell voters. Its election campaign drew heavily on its stated achievements over the past twenty years.

Read: Does the ANC have a “good story to tell”? and Has the ANC moved South Africa forward? 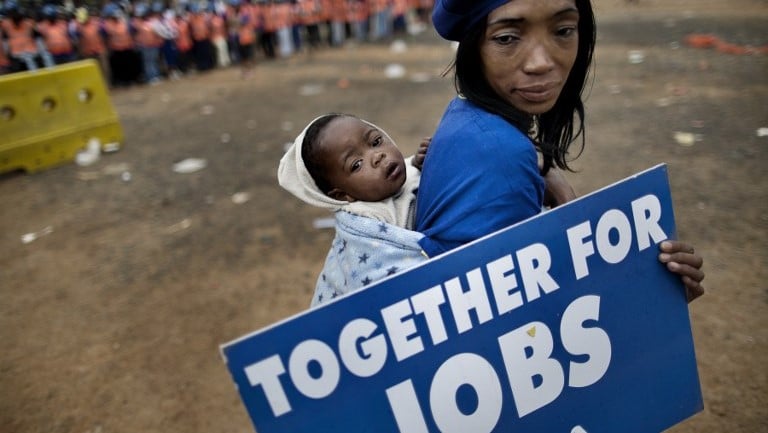 In the run-up to the election, the Democratic Alliance – the main opposition party – pushed out a steady stream of “fast facts” and statistics highlighting its performance in the city of Cape Town and Western Cape province, which it controls, as examples of what it could achieve if it came to power.  Borrowing from the ANC’s election slogan, party leader, Helen Zille, said the DA had the “best story to tell”.

Read: Does South Africa’s Democratic Alliance really deliver? and Is the DA’s Western Cape story a “good story to tell”?

The state of the nation

The ANC won the election with just over 62% of the vote. Being an election year, President Jacob Zuma gave two State of the Nation addresses.

By their very nature, State of the Nation addresses are tricky to fact-check. They are written by committees, the product of many hands and input from many government departments and agencies. The facts and figures that make the final cut are carefully selected and often stripped of nuance and context to present the most positive picture possible.

Read: Our fact-check of Zuma’s State of the Nation address in February before the election to mark the end of his term; and of the other in June after his re-election.

Zuma’s new cabinet was criticised as “bloated”, “a monster” and “a waste of money”.

The opposition Economic Freedom Fighters (EFF) calculated that South Africa’s 35 ministers and 37 deputy ministers would cost taxpayers R720 million per year – or in the exaggeration of political speak, “almost a billion”.

But how much do South African taxpayers really cough up for their cabinet? And more controversially: what other benefits and privileges are cabinet members allowed to claim?

Read: We published a factsheet looking at the numbers.

South Africa has one of the highest rates of unemployment in the world. But do the country’s youth really account for 70% of all those who are unemployed? Were 15% of South Africans unemployed in 1995 compared to 36% in 2014? Did the Democratic Alliance manage to reduce unemployment figures in the Western Cape province by 48,000? And did a government youth programme manage to create 133,000 jobs in just five months?

These were some of the statements made in a heated debate following Zuma’s post-election State of the Nation address. We took a look at the claims and counter-claims.

Read: Check out our factsheet for more on how unemployment levels are calculated.

South Africa’s troubled education system and schools were another hot-button election issue. At the start of the year, Zuma hailed final year high school results as a “significant improvement”. This was the “best matric class since 1994”, he claimed.

But, as we found, the matric pass rate is not a reliable measure of education quality.

In September, the quality of South Africa’s schools came under scrutiny again after the World Economic Forum published a report ranking the country last out of 148 countries for the quality of its maths and science education.

While South Africa’s schools are certainly in trouble, we found that the WEF ranking – which was based on an opinion survey of 58 anonymous South African “business leaders” – is not an accurate reflection of the state of maths and science education in the country.

Land ownership and the lack of it remains one of the most contentious in South Africa today.

In an open letter to business tycoon Richard Branson, Andile Mngxitama, a Member of Parliament and “commissar for land and agrarian revolution” with the Economic Freedom Fighters, claimed that 40,000 white families own 80% of the land in South Africa.

The claim, which continues to surface, is not supported by the available data.

Perhaps the subject that dominates discussion most in South Africa is crime. Every year, the release of crime statistics dominates the headlines for days and there is much national soul-searching.

In his second State of the Nation address, President Zuma claimed that “progress has been made in the past five years in reducing the level of serious crime such as murders”. It was a claim we found was “selective and misleading”.

Violent crimes that people fear most were up, with murder and attempted murder cases increasing for the second consecutive year.

The number of sexual assaults reported to police decreased, but as we pointed out in a crime factsheet, police are expected to reduce violent crime by between 4% and 7% per year. This creates a disincentive for police to record all violent crimes reported to them. If victims are encouraged to report rape, and the police indeed record all these reports, the number of recorded rapes will almost certainly increase.

Over the course of the year, we fact-checked a number of claims about rape in South Africa. There was the recurring claim that South Africa is the “rape capital of the world”. The advocacy campaign Blow the Whistle claimed  that every 36 seconds someone is raped in South Africa and therefore 74,400 women would be raped in one month. Another often repeated claim suggested that a child is raped every three minutes in South Africa.

Dodgy qualifications made headlines this year with senior figures in the African National Congress, the South African Broadcasting Corporation and South African Airways all coming under scrutiny.

At the start of the year, we published a report exposing numerous false claims and inaccuracies in the official curriculum vitae of the then premier of North West province, Thandi Modise.

Her official “profile” claimed that Modise – who is now the chairwoman of South Africa's National Council of Provinces – was studying towards a Master’s degree in economics, that she attended a “special leadership course” at the “University of Jordan” in the United States and that she had a “certificate of a trainer in military training” and a “certificate in gender studies”. None of it was true.

There was more controversy later in the year when the opposition Democratic Alliance claimed that South Africa’s new police minister, Nathi Nhleko, had dropped out of high school and “has no further education”.

Africa Check established that while Nhleko had indeed dropped out of high school he had later obtained a Master’s degree from Leeds Metropolitan University in the UK.

Sometimes we like to have a little fun at Africa Check. Perhaps the most bizarre story of the year centred on President Zuma’s contentious Nkandla mansion.

It began life as a parody news article on a website run by supporters of the Economic Freedom Fighters. Two live mermaids, it claimed, had been found in the Nkandla “fire-pool”, killed and shipped off to a research facility. (Note: The fire-pool is actually a swimming pool).

The story went viral and, much to our surprise, many people took it very, very seriously. Even today, some of the most popular search terms to reach our site involve “Zuma’s mermaids”.

But as our investigations revealed, the mermaids were actually movie props.

Read our guide to spotting fakes and hoaxes online.

If you have any suggestions of claims you think we should check, please contact us. You can also find us on Twitter, Facebook and Google+. We will be back in the New Year to sift more fact from fiction. Thank you for your support this year and best wishes for 2015.