No, this woman not an unidentified aggravated robbery victim. Post part of increasingly common scam

IN SHORT: The plea for help identifying an unconscious woman in a hospital bed should be ignored. It’s just a precursor to a Facebook post editing scam.

Facebook users may have seen a post on their local Facebook group asking for help identifying a woman who appears to be unconscious in a hospital bed.

“We need help identifying this young woman who was mugged, stabbed and left for dead on the roadside in Milwaukee” reads one version of the post.

But while that post was shared in Milwaukee, a city in the state of Wisconsin in the United States, nearly identical posts have been shared states including Florida, Kentucky, Michigan, and more.

This should be immediately suspicious. The same woman can’t be lying unconscious in hospitals all over the United States. So what’s going on here? 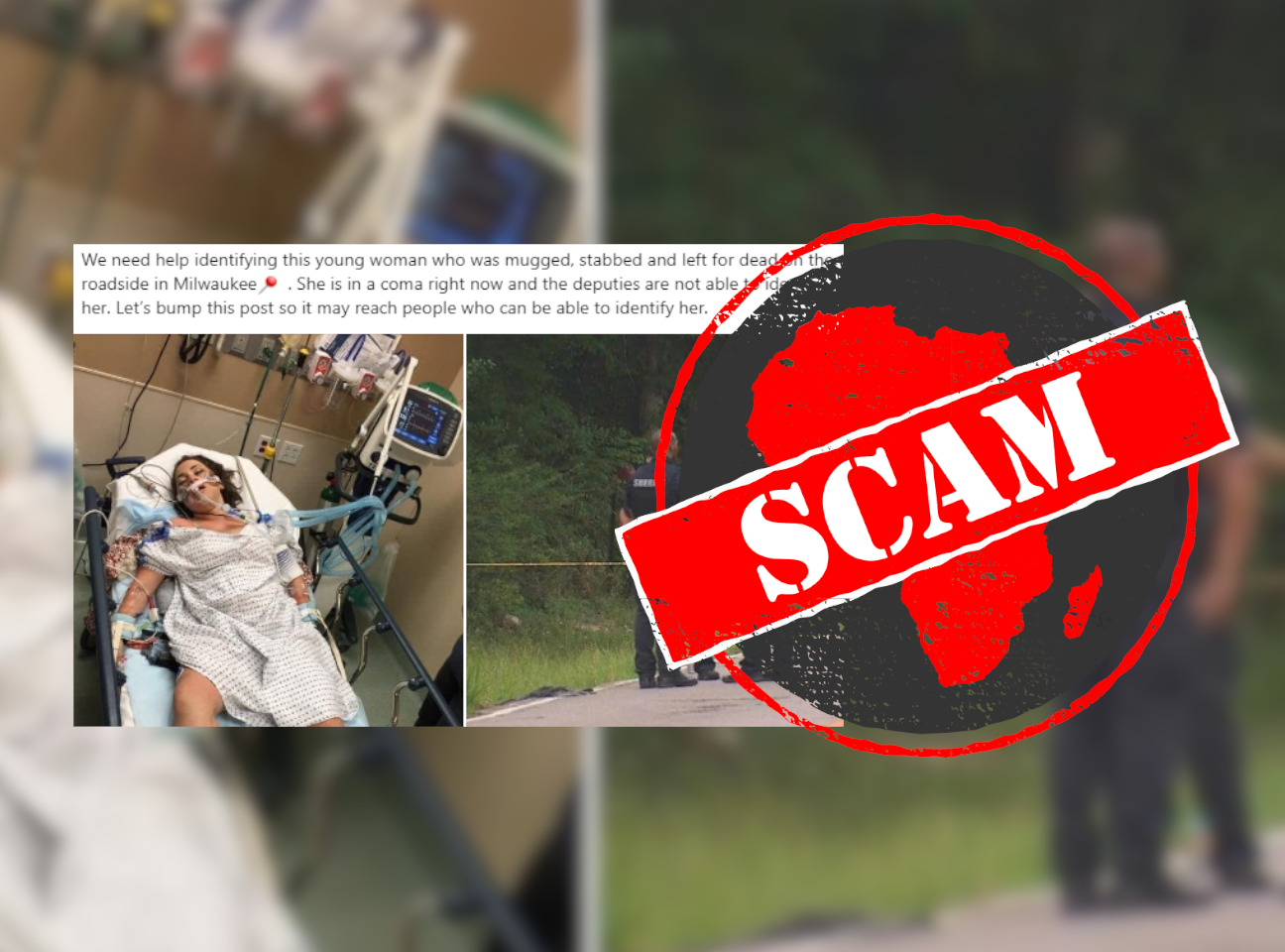 The posts all encourage readers to share them, with the request: “Let’s bump this post so it may reach people who can be able to identify her.” (“Her” being the unconscious woman in the photo.)

This is likely the only aim of the posts, to encourage social media users to share them as widely as possible, because nearly all of the information about the unconscious woman is false.

A reverse image search reveals that the photo was taken in July 2015. Then 20-year-old student Hanna Lottritz collapsed at a country music festival in the US state of Nevada. Lottritz explained on her blog in January 2016 that she fell into a coma after a bout of binge drinking that caused “acute respiratory failure and acute alcohol intoxication”.

She woke up 24 hours later, and said in her blog post that she had made a full recovery. So Lottritz is not still in a coma, was not mugged or stabbed, and is not unidentified.

The false claims are part of a scam tactic that has become increasingly popular on Facebook in recent months. They are meant to encourage people to share a post that seems important and urgent. Even more suspicious readers may decide that it is worth sharing the post because of the serious subject matter and because it doesn’t ask for money or personal information, as most scams do.

Except, after the message has been widely shared, the user who originally posted it can return to edit what they wrote into something more harmful.

The edit history of several posts that make the housing claim shows that they once showed the message about the unconscious woman.

Africa Check has already debunked many different versions of this scam. A common pattern is that the accounts sharing the false posts often belong to users from African countries, most often South Africa and Zimbabwe.

It isn’t clear whether the users are in control of their own accounts.

According to their profiles, several accounts sharing pictures of Lottritz with false claims are from Zimbabwe. But the pattern seems to be breaking. Some of the accounts sharing the message look more like typical fake profiles.

For example, the account which shared this version of the post has the generic name “Godwin Good”, uses a stock image as a profile picture, and was created on 9 October 2022 as a “Health/Beauty” page. This suggests that it is a page posing as a person, and not a genuine account.

Whatever kind of account is being used to post these scams, there are some easy ways to spot them. If you see a message that is heavily encouraging you to share it, search Facebook for the text of the message. The scam usually involves dozens of versions of the same post being made at the same time.

If you find multiple versions of a post which should only be relevant to a small geographical area then it’s likely to be a similar scam.

Also search for the name of the person who made the post. If they’ve made many similar posts, or post lots of suspicious messages to groups in many different places, then the account may not be authentic or under the original user’s control.

If you’re still unsure, you can also share suspicious posts with Africa Check or other fact-checking organisations.