Missing dog? No, Facebook messages a prelude to now-familiar scam

Africa Check recently exposed a Facebook scam that claimed the same little girl had been “found wandering” without her parents in cities across the USA.

All the messages had the same wording and the same photo of a child in blue. They were posted in a matter of weeks on local community pages from the states of Arkansas to Delaware to Oregon and beyond.

Several of the missing child messages we didn’t find in time to rate as false were later edited, their wording replaced with a scam.

This particular scam offered “free” US$2,014 to users who opened an account with the Aspiration banking service. It linked to a dodgy website. You can see the edit history of one such post here.

This scamming method was also used with a false Facebook message that a serial killer – the same killer, with the same photo – was stalking cities all over the USA at the same time.

This warning was later edited to be replaced with a scam offering “free” $1,000 to users who opened a Go2Bank account. Again, it linked to a dodgy website.

These scams caught Africa Check’s attention because many of them were posted by users in Zimbabwe, South Africa’s neighbour. We suspect that the users’ Facebook accounts were hacked. 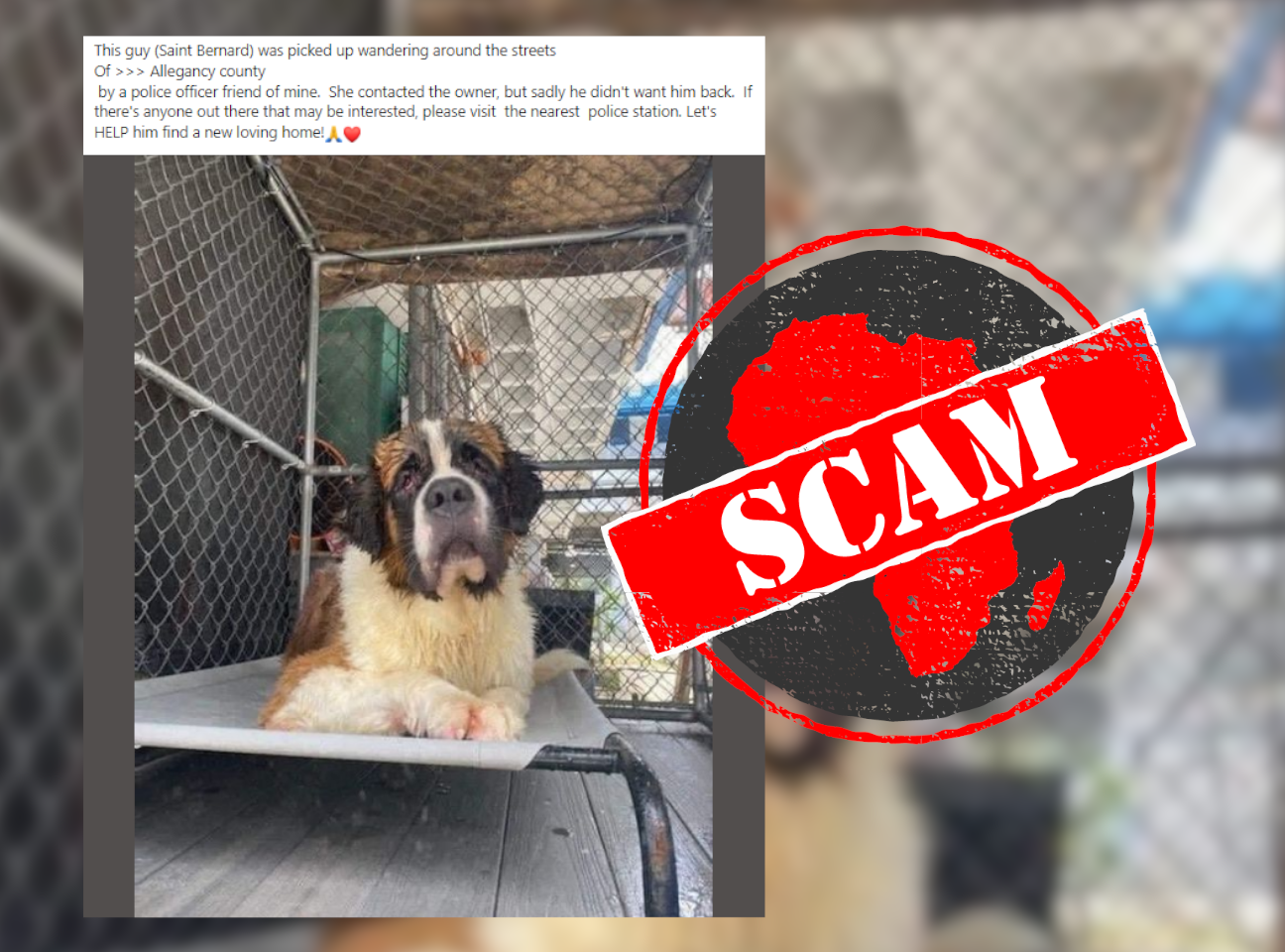 The case of the missing Saint Bernard

Now a dog – the same sad-looking Saint Bernard in a cage – is missing all over the USA.

The message reads: “This guy (Saint Bernard) was picked up wandering around the streets here by a police officer friend of mine. She contacted the owner, but sadly he didn't want him back. If there's anyone out there that may be interested, please visit the nearest police station. Let's help him find a new loving home! ”

Again, many of the users who have posted the message are from Zimbabwe, listing their homes as towns and cities such as Bulawayo, Harare, Chitungwiza, Zvishavane, Masvingo, and Mutare.

It’s clear that the missing Saint Bernard message is part of a scam because we’ve found it in the edit history of several instances of the Aspiration scam.